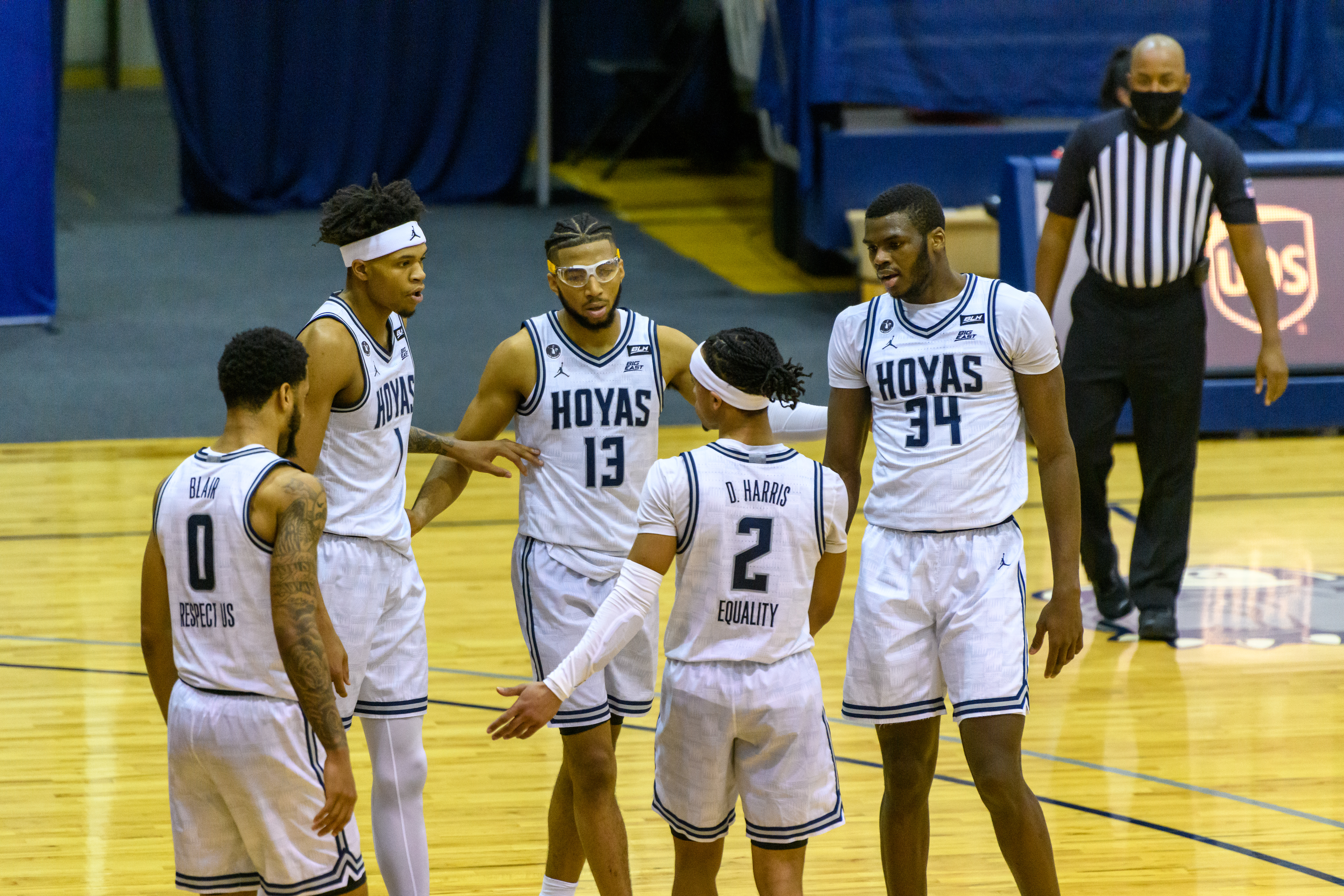 INDIANAPOLIS – Despite leading for large portions of their Big East Conference matchup against Butler Wednesday, Georgetown could not hold on as the Bulldogs rallied to score eight unanswered points in the final three minutes to win 63-55.

The result was the Hoyas’ (3-7, 1-5) fourth straight loss. The result was disappointing, head coach Patrick Ewing said, as his team played well enough to have a 10-point lead in the second half before collapsing.

“I’m just disappointed in the fact that we lost a tough game that we had an opportunity to win once again,” Ewing said. “We showed that we are capable of staying with people, but the mistakes that we made both offensively and defensively is killing us.”

Georgetown jumped off to an early 17-6 lead in the first, hitting four of their first six shots. Senior Jamorko Pickett powered his way to a team-high 12 points and 11 rebounds for his third double-double of the season. In comparison, fellow upperclassman Jahvon Blair scored 11 points while collecting 8 rebounds, matching his career high.

While the Hoyas were limited to 16 points in the paint, with center Qudus Wahab scoring only 9 points, the sophomore came alive defensively with 12 rebounds, 2 blocks and 2 steals.

Butler (3-5, 2-3) cut into Georgetown’s lead with a 7-0 run. However, the Hoyas kept the home team scoreless for the final four minutes before halftime while maintaining a seven-point cushion.

Georgetown maintained the lead for most of the second half, but Butler slowly began to climb out of the hole. Freshman guard Chuck Harris attacked the paint multiple times for quick layups in transition. Guard Jair Bolden scored a 3-pointer off a fast break, tying the game for the Bulldogs.

Both teams traded the lead multiple times until Bolden came up huge with a game-tying jumper with 3:31 remaining. Junior Bryce Golden and sophomore Aaron Thompson scored four jumpers to start the Bulldogs’ 8-point scoring spree. Georgetown needed a shot but did not find any answers. The Hoyas ended the second half with 24% shooting.

In his postgame comments, Ewing said his team needs to be more prepared to win regardless of tempo changes and their opponent’s’ style of play.

“Whichever way the game is, we have to be able to still win,” Ewing said. “We have to impose our will. We have our opportunities we want to run with, but we got to make smart decisions.”

To stop their four-game losing streak, the Hoyas will look towards defeating an old rival when they travel to play at Syracuse on Saturday. The last time both teams met in 2019, Georgetown beat the Orange, 89-79. However, they continue to trail in the rivalry with 41 wins to 45 wins by the New York-based squad.

Both teams formally played in the Big East until Syracuse joined the ACC in 2011.

The game will mark the first time Syracuse played against Georgetown following former head coach John Thompson’s death. Jim Boeheim, Thompson’ biggest rival, continues to be the head coach for the Orange since first being hired in 1976.