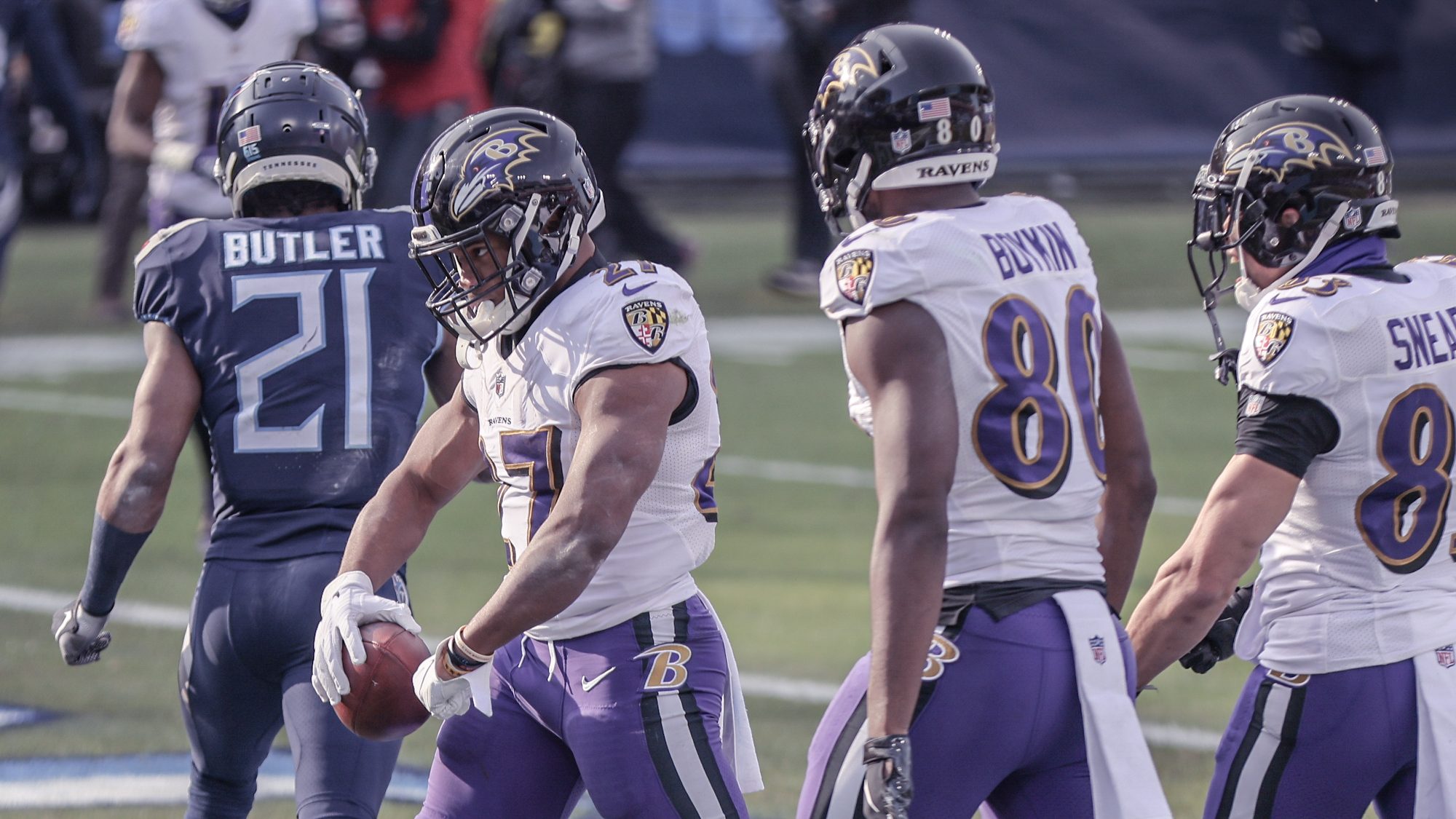 NASHVILLE — After losing two crucial home games against the Titans—last postseason and this past November — the Baltimore Ravens visited the Tennessee Titans in the NFL Wild Card Round of the 2020-21 playoffs on Jan. 10.

However, things were much different this time around, as star quarterback Lamar Jackson and his stellar Ravens defense stepped up for the tight 20-13 victory to advance to the Divisional Round.

The Titans got off to a solid start, though, as quarterback Ryan Tannehill led the offense on a 10-play, 70-yard drive, where Tannehill later connected with wide receiver A.J. Brown for a 10-yard touchdown to give Tennessee an early 7-0 lead.

The Tennessee offense then drove 45 yards down the field to set up Stephen Gostkowski for a 45-yard field goal to extend the lead to 10-0.

Jackson improved on the next offensive drive, leading Baltimore on a 12-play, 60-yard drive, which resulted in Justin Tucker, arguably the best kicker in the NFL, nailing a 33-yard field goal to cut the deficit to 10-3 early in the second quarter.

Later in the half, Jackson showed off his trusty speed as he kept it himself and escaped past the Titans defense for the 48-yard scamper into the end zone to tie the game up at 10-10 at the half.

“I knew we had the capability of doing that,” said Jackson. “Hard-fought victory. It’s just one game at a time. I’m grateful for the win.”

The Ravens opened the second half with a bang, as the Ravens drove 77 yards down the field on 10 plays, resulting in running back J.K. Dobbins scoring from four yards out to give Baltimore a commanding 17-10 lead.

The Titans didn’t give up, though, as they cut the deficit to 17-13 with a Gostkowski 25-yard field goal, which capped off a seven-play, 51-yard drive early in the fourth quarter.

Tucker showed he was really human on the Ravens’ ensuing drive as he barely missed a 52-yard field goal wide to the right, as it would have extended the lead to seven.

However, Tucker eventually redeemed himself from that range, as he made a 51-yarder to extend the lead to 20-13 late.

Tennessee had one more chance to tie it up with a touchdown. Still, on the first play after the two-minute warning, cornerback Marcus Peters made the game-sealing interception off Tannehill, leading to a series of Ravens stomping on the midfield Titans logo as revenge.

Marquise Brown was Baltimore’s leading receiver with 7 catches for 109 yards.

This season, Titans running back Derrick Henry became the eighth 2,000-yard rusher in NFL history, but the Ravens defense did their job by holding him to only 40 yards on 18 carries Sunday afternoon.

With Jackson winning his first playoff game, the Ravens advance to the Divisional Round and will visit the Buffalo Bills Saturday night at 8:15 pm.