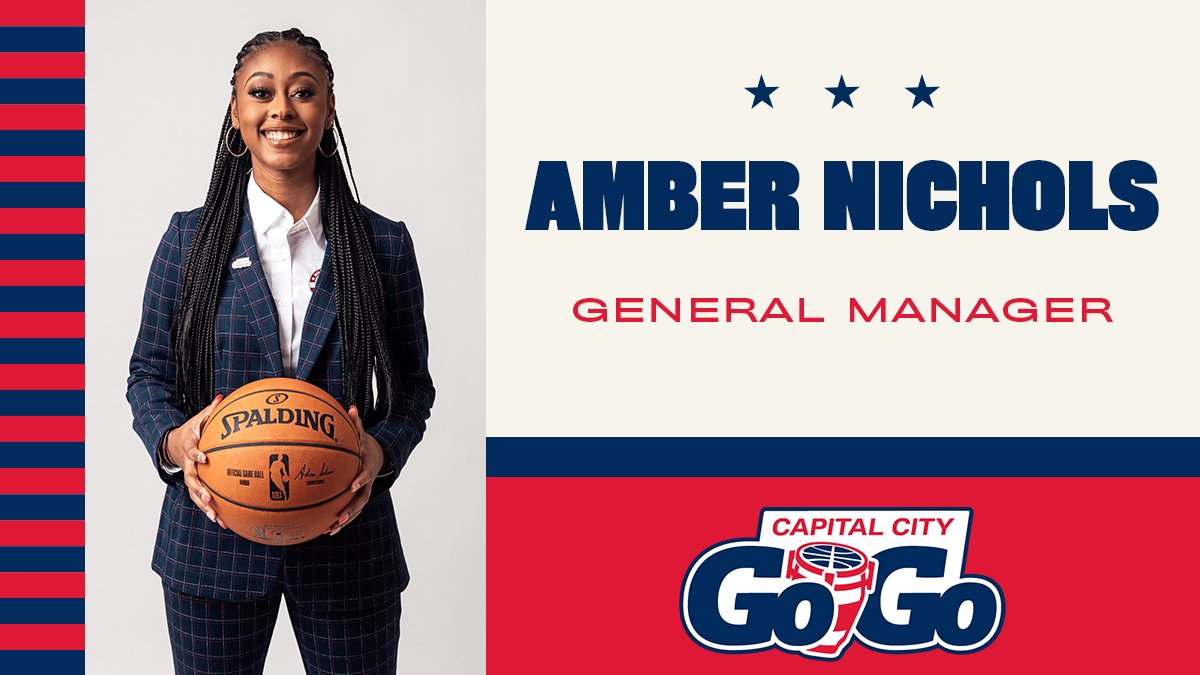 WASHINGTON, D.C. – The Capital City Go-Go, the Washington Wizards’ NBA G League affiliate, announced today that Amber Nichols has been promoted to general manager, becoming the second female general manager in G League history.  She will accompany the team’s flex-affiliate players (who will play with the Erie BayHawks) at the NBA G League single site in Orlando this season.

“The Go-Go has been a major part of our development strategy for both players and staff over the past two seasons and the plans we’ve made for this season allow us to continue down that path,” said Wizards General Manager Tommy Sheppard.  “Amber’s skills, experience and personality have earned her this promotion and with her overseeing our involvement in the bubble, we have the utmost confidence that our players will thrive in a unique and unprecedented situation.”

Nichols has been with the Go-Go since the team’s inception, starting as director of basketball operations during the team’s inaugural season before being promoted to assistant general manager of operations last season. She has managed all logistics for the Go-Go over the last two seasons, as well as working closely with the Wizards front office during NBA and NBA G League drafts and scouting events.

Nichols has also been instrumental with player engagement activities and events through her first two years with the team, engaging the players in educational seminars, financial awareness sessions and speaker series with former NBA personalities. She spent a season as a basketball operations analyst for the NBA G League in 2017-18 where she oversaw logistics for all League events and also helped with the selection of players for the NBA G League Elite Mini Camp and NBA G League Player Invitational through research and talent evaluation. Nichols played four years of college basketball at the University of Richmond, where she received her bachelor’s degree in sociology, before continuing her education at the University of Georgia, where she received her master’s in kinesiology with a concentration in sport management and policy.

Jordan Bell, Yoeli Childs, Caleb Homesley and Marlon Taylor will be the Go-Go’s flex-affiliate players who will participate with the BayHawks in Orlando. The schedule for the season will be announced at a later date.