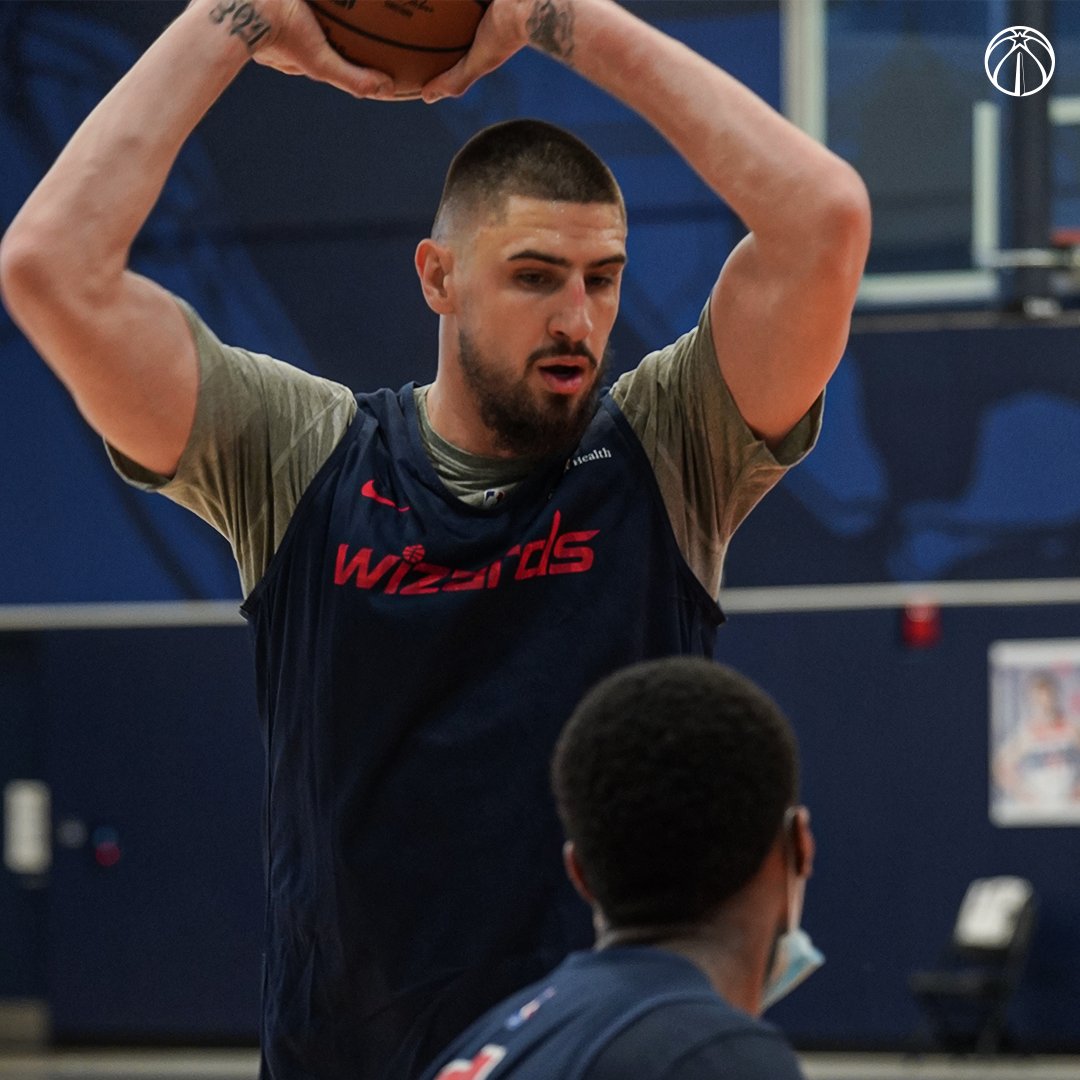 WASHINGTON – The Washington Wizards have shored up some of their depth concerns with nine players out, including Thomas Bryant, due to injury and ended up addressing the frontcourt Saturday after acquiring Alex Len and Jordan Bell on Saturday.

“I’ve always liked (Len’s) game from afar,” Brooks said. “It’s good to have him here. You don’t realize how big and agile he is; he did a pretty good job picking up things up today.”

The former University of Maryland product previously played seven games with the Toronto Raptors before being released Tuesday.

This will be his fourth stop in two seasons after spending time with the Atlanta Hawks, Sacramento Kings, and the Raptors. After clearing waivers, the Ukrainian big man signed a one-year minimum deal with the Wizards.

“Washington with all the coaching staff, coach (David Adkins), Ryan Richmond, my guys from [the University of] Maryland, it was a fairly easy decision coming here,” Len said. “The role here is, with TB out, it’s definitely going to be some opportunities and minutes to play.”

The other signee, Bell, previously played for the Capital City Go-Go before the G-League was suspended, but the Cleveland Cavaliers acquired him in June. Bell was eventually be traded to the Los Angeles Lakers in November but waived the next day. He has yet to play this season.

Bell has averaged 3.8 points and 3.1 rebounds per game in his three-year career while playing 156 games for the Golden State Warriors, Minnesota Timberwolves and Memphis Grizzlies.

Meanwhile, Len has averaged 7.9 points and 6.2 rebounds per game while shooting .512 from the field in 474 career games (185 starts) over eight seasons.

The two new players’ presence is welcome for the Wizards, who have been practicing with nine players as recently as Friday.