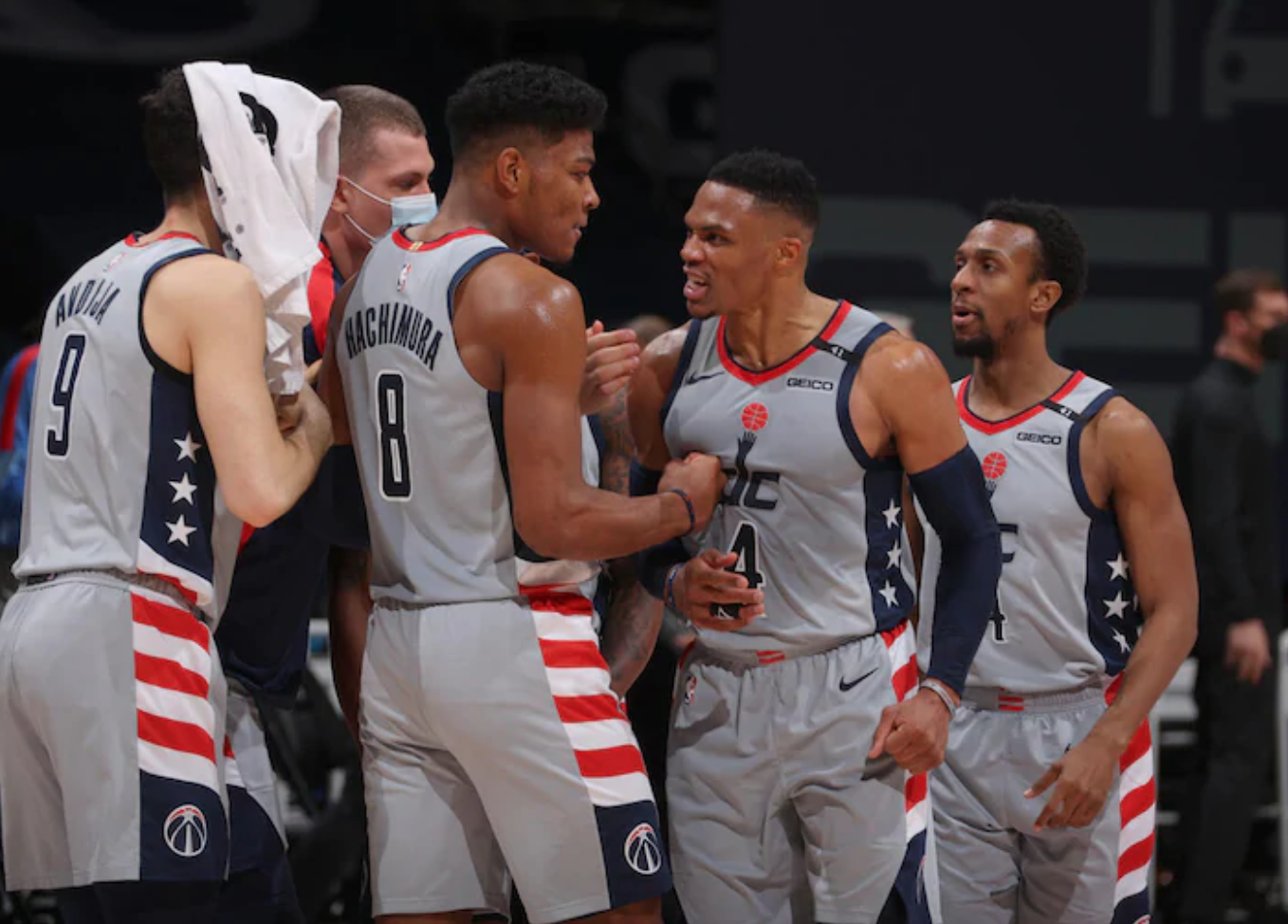 WASHINGTON – The pairing of Russell Westbrook and Bradley Beal shined for the Washington Wizards late in the fourth quarter against the Brooklyn Nets Sunday night.

The duo scored six points in less than four seconds in the game’s dying moments to help Washington earn a 149-146 comeback victory over the visitors.

The late-game heroics from Washington (4-12) was all part of an 8-0 run in the game’s final 13 seconds. After three converted free throws by the Nets, Beal ran down the court, pulling up for a 3-pointer from the top of the key to cut their deficit to two.

As Brooklyn attempted to inbound, Garrison Mathews intercepted the incoming pass and found Westbrook open for the game-winning 3-pointer with 4.3 seconds left. The Nets’ Timothé Luwawu-Cabarrot missed a layup to regain the lead, while Beal added more points on the free-throw line before time expired for Washington’s win.

“This is a good feeling,” Washington head coach Scott Brooks said. “We fought, we fought hard, and we had nothing right going, nothing, zero, nothing going for us in that first quarter other than we’re just going to keep competing, done it all year. The basketball gods gave us a break tonight.”

Westbrook and Beal scored 41 and 37 points, respectively, with the duo combining for 37 points in the fourth quarter. Washington also erased an 18-point deficit for the win, despite Kyrie Irving (26 points, eight assists) and Kevin Durant (37 points, seven boards, six assists) providing explosive performances for the Nets.

The game also served as a comeback performance for Westbrook, who struggled with a left quadriceps injury earlier in the season. The former MVP said he finally feels healthy after resting for over two weeks and not rushing the recovery process.

“I want make sure I’m giving my team the best that I have,” Westbrook said. “If I’m available to play, I play and leave it on the line, regardless of the result.”

Washington fought back in the second quarter, jumping out to a 22-7 run to pull within one point after Westbrook sliced his way to the rim for a reverse layup. However, a Landry Shamet 3-pointer ignited an 8-0 run for Brooklyn. Both teams traded runs, including seven unanswered points by Washington, before the Nets closed the first half with a six-point cushion.

In the second half, Washington tried to stay within striking distance, never falling behind by more than 11 points. Yet, the Nets fired off six 3-pointers the Nets hit, three of which came from Harris. Moe Wagner (17 points) and Ish Smith (24 points, seven assists) countered Brooklyn’s assault with 13 combined points in the second half.

Irving scored seven straight points in the fourth quarter, pushing Brooklyn back into the double digits. Beal fought back with a three-point play, starting a run of 19 combined points with Westbrook in the game’s final five minutes.

With the game tied at 141 late in the game, Irving knocked down a jumper to give Brooklyn their final lead before the game’s final sequence. Westbrook finished with 41 points, a new season-high in a year where the guard said he needed to take over to help his team win.

“That’s part of leadership,” Westbrook said. “It’s a part of my responsibility as a leader to bring it every single night. I take pride in that because I don’t think that everybody does that in sports.”