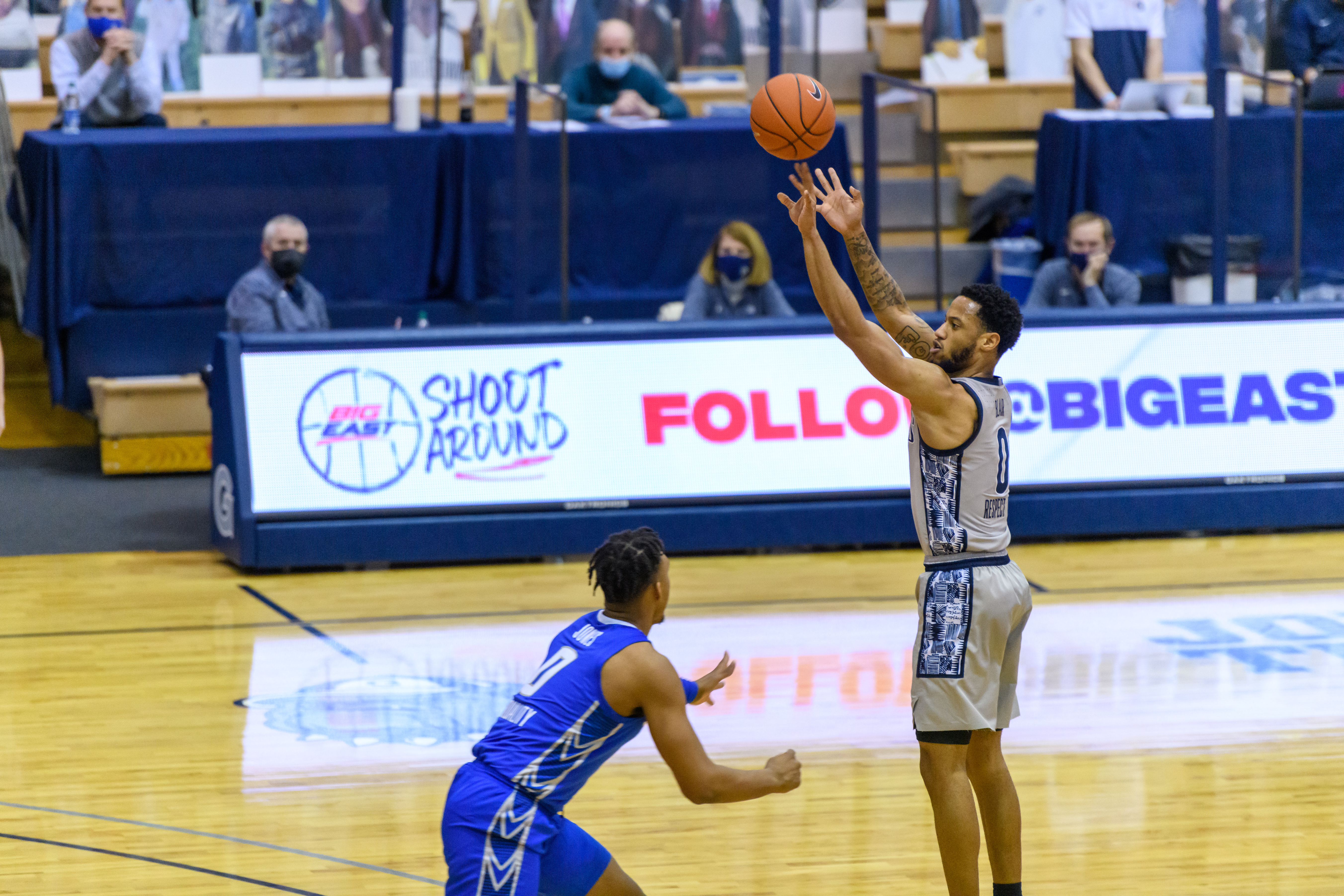 WASHINGTON – No. 19 Creighton had a domineering performance Tuesday night as the Bluejays set a school-record 19 steals while rolling past Georgetown 63-48 and never trailed once throughout the game.

It marked the second meeting between both schools in a week.

In their previous encounter Georgetown (5-10) rolled out with a decisive 86-79 victory against Creighton (15-5) on the road. The Hoyas outrebounded the Bluejays 34-30 while shooting 50.0% from the field on route to victory.

Creighton started the game hot, scoring the first six points of the game in the first two minutes. Georgetown would get on the board thanks to a three from forward Chuidier Bile.

Creighton then scored nine of their first twelve possessions in the first half, receiving contributions from junior forward Christian Bishop, senior guard Damien Jefferson and senior guard Mitchell Ballock early in the contest.

Bishop led the way with 17 points, while Jefferson and Ballock combined for 26 points.

Georgetown cut into the deficit and made it a three-point game midway through the first half due to a three-point shot from freshman guard Dante Harris.

However, late in the first half, Creighton went on a late 9-0 run to close out the half with a 33-21 lead. The run ended, however, with a Jamorko Pickett jumper. The senior guard notched his fourth double-double of the season with 16 points and 11 rebounds.

Georgetown started the scoring in the second half thanks to a 3-pointer from senior guard Jahvon Blair, who tallied eight points, five rebounds, and accounted for a team-best five assists on the night.

However, Creighton continued their dominance throughout the second half leading by as many as 24 at one point. A 14-5 run by the Hoyas late in occurred with buckets from both Harris and Pickett late while slimming down the point margin somewhat but was not enough to lesson the scoreline.

Georgetown’s 48 points was the lowest point total allowed by Creighton this season. However, the Hoyas were able to win the rebound battle against the Bluejays, 41-36.

“Defensively we were fine. The offensive end was our problem,” said Georgetown Head Coach Patrick Ewing. “We weren’t making the plays, we weren’t taking good shots, we were forcing things, and I think [offensively] we just didn’t have it”

Georgetown comes back home, playing its second home game as part of a four-game homestand when they face off against Butler Saturday afternoon. The game will be a 1:30 p.m. tipoff and broadcasted on CBS Sports Network.