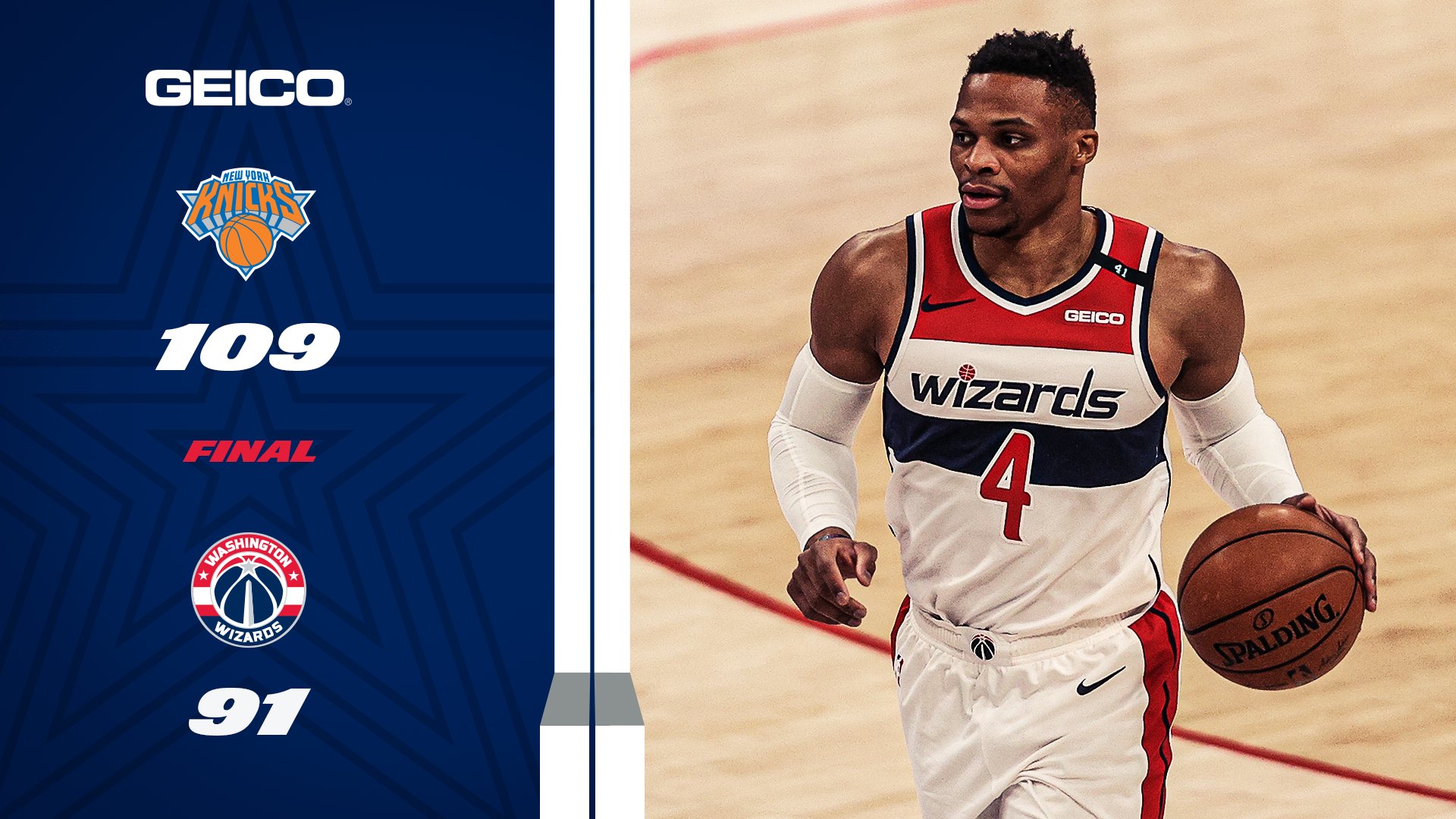 WASHINGTON – The Washington Wizards met the buzzsaw against New York in the second game of their five-game homestand, losing to the Knicks, 109-91.

Just 21 games into the season, potential 2021 NBA All-Star Bradley Beal has taken on a heavy workload. The Wizards rewarded that hard work by giving Beal a break. The rest is necessary with an intense set of games coming against the Boston Celtics, Houston Rockets, and Denver Nuggets.

With Washington missing his presence and league-leading 32.8 points per game, his teammates struggled mightily as they shot 38.2% from the field, including 26.5% percent from beyond the arc.

“Nobody can say anything bad about Brad,” Mathews said about Beal. “He is playing his heart out, man; he’s averaging what, 35 a game? I was just telling him, us role players gotta help him out a little bit.”

The Wizards also failed to score 100 points for the fourth time this season, the second time in four games where Washington could not meet that mark.

After the Knicks reeled off an 11-0 run in the first quarter, they never looked back. Washington was able to keep it close because New York’s offense hadn’t caught up with their stingy defense.

However, even though the Knicks had just enough to keep the Wizards at bay, outscoring Washington 17-9 midway through the second after Deni Avdija knocked down a 3-pointer to make it a three-point game with under 11 minutes to go in the half.

After Westbrook made it 58-55 with a midrange stepback jumper at the 7:51 mark of the third frame, New York again put the vice grips on Washington, going on an 8-2 run to make it a nine-point game. The Knicks amassed a 15-point lead before the quarter was over after Randle finished a three-point play.

“It was alright early on,” Westbrook said about the Wizards’ effort level, “It’s a point to a game where … we have to take pride in defending and take pride in taking our home court. Just take individual pride.”

It was more of the same in the fourth as New York pushed the lead to 25 as they scored 30 points in the game’s final 12 minutes.

Brooks emptied the bench with under five minutes to go as the Knicks lead grew to 28 points off the night’s final bucket, a layup from rookie Obi Toppin.

Former MVP Westbrook had no answers himself, his frustration evident in the season’s shortest press conference.

As the losses pile up and emotions are high, even Brooks, typically able to find some silver lining in losses, found it difficult to answer questions about his team’s troubles.