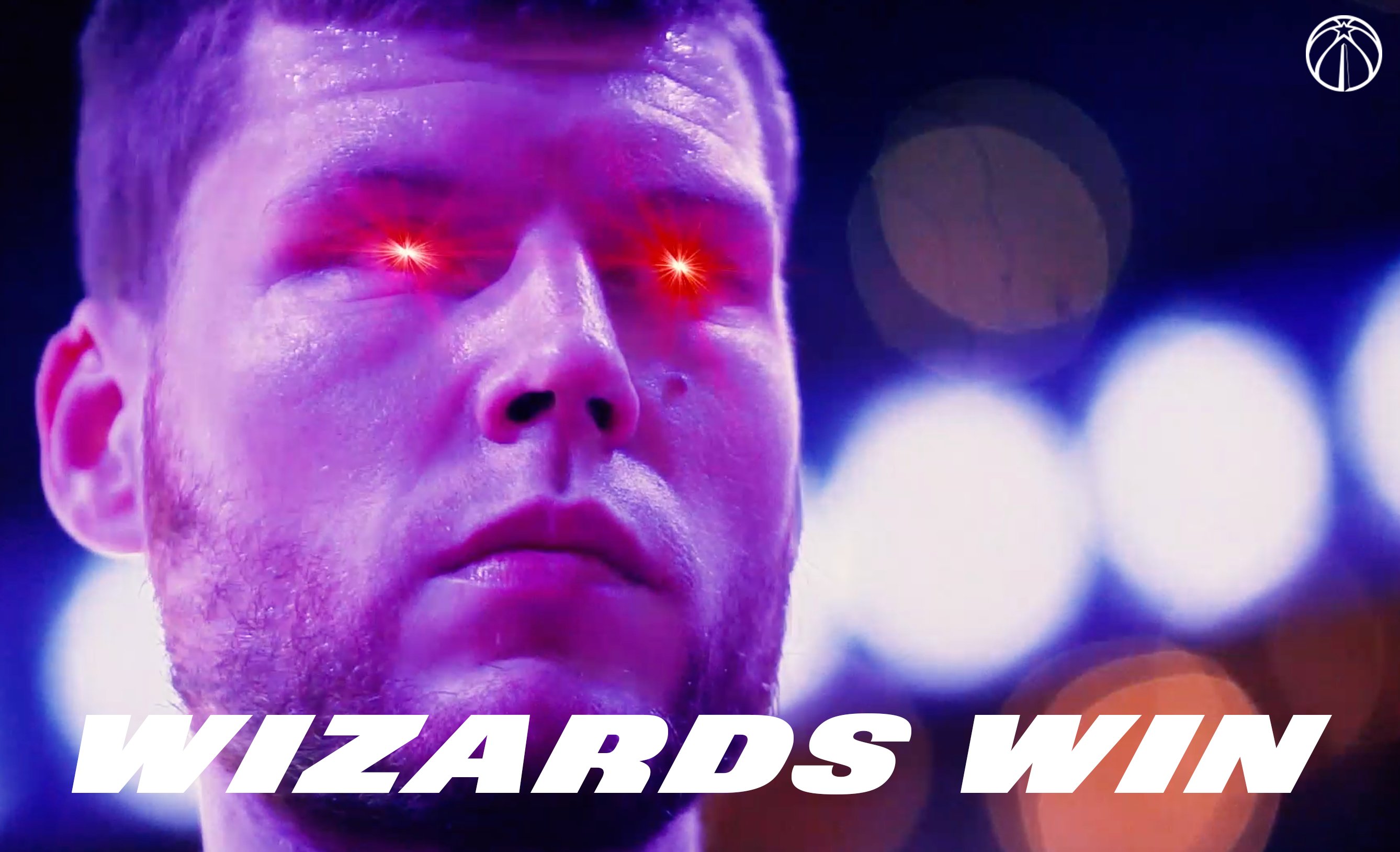 WASHINGTON – The Washington Wizards have ended their latest homestand on a three-game win streak, going 3-2 over their last five home games.

It all began in a 104-91 victory against the Boston Celtics on Valentine’s Day. Bradley Beal led all scorers with 35 points, seven rebounds, five assists, followed by Rui Hachimura and his 15 point contribution.

Jaylen Brown and Kemba Walker led the Celtics, who tied for a team-high with 25 point nights each. The Wizards won thanks to defense, forcing the Celtics to a paltry 25.7% shooting from the field while holding Jayson Tatum to just six points.

After an early jumper from Daniel Theis in the first quarter, the Wizards never looked back, leading by as many as 25 points before the night was over.

“The start had a lot to do with it. Just not getting down in the first quarter — and I don’t even mean points. I just mean mentally, like, keep trusting each other,” Wagner said after his first start of the season. “Keep being uplifted and engaged throughout the whole first half. Yeah, once you establish that trust, it’s easier to go into the second half — We’ve got to be sure to have that defensive intensity every game.”

On the back end of a back-to-back series, the Wizards bested the Houston Rockets, 131-119. The Wizards were led by Beal and his game-high 37 points and eight rebounds, who outdueled his former All-Star teammate John Wall.

In his first game back in the nation’s capital since being unceremoniously traded, Wall scored a team-high 29 points and dished out 11 assists.

David Bertans scored 18 points on 5-of-6 shooting from distance, Westbrook posted a triple-double (16 points, 13 rebounds, 15 assists), followed by 15 points from Wagner and 13 points from Hachimura for Washington.

“Even tonight we’re pushing each other, telling each other to be better, guarding each other,” Beal said about the emotional matchup with Wall, “It’s a beautiful thing, I’m definitely looking forward to competing against him for the rest of my career, as crazy as that may sound.”

The Wizards nearly led the game wire to wire over the shorthanded Rockets, only relinquishing the lead after Nwaba converted the layup to give Houston a one-point lead in the second quarter.

The Wizards responded shortly after with a 9-0 run and created an eight-point lead.

From there, Washington kept the Rockets at a safe distance, leading Wall and the Rockets by as many as 18 points after outscoring Houston 59-50 in the second half.

The homestand’s final game ended in a spirited 130-128 victory over the Denver Nuggets. Westbrook (12 points, 13 rebounds, 12 assists) was the catalyst for the win after lighting a fire under Washington following a disheartening first quarter where Washington was outpaced 41-24, and Nikola Jukić (33 points, seven rebounds, nine assists) scored 15 points.

“(Westbrook) was just letting us know that it was too easy for them out there,” Lopez said. “There wasn’t enough physicality. They were getting too many second-chance points. Everything was coming too simply for them.”

Starting from the second frame, Washington flipped the script, erasing Denver’s 20 point lead and out-scoring the Nuggets 46-23 in a back and forth the second quarter.

The Wizards were able to claw back mostly on the back of Beal (25 points, 10 assists), Bertans (career-high 35 points, 9-of-11 from distance), and some stellar defense from Lopez, who said his main goal was to make Jukić uncomfortable whenever he was on the court.

From there, the Wizards were able to build a lead as large as 13 points after Hachimura completed a three-point play late in the final frame.

However, the Nuggets fought back, reeling off a 17-9 run to nearly steal a win as Jamal Murray (35 points, nine rebounds) knocked down two 3-pointers on his way to a 19-point fourth quarter.

The Wizards, to their credit, didn’t fold to the mounting pressure of Murray’s hot shooting. Instead, Bertans drew a shooting foul as he launched a 3-pointer, calmly knocked down all three free throws for a three-point lead before Murray erased that deficit after taking advantage of lax defense from Hachimura and sunk a long trey from the top of the arc.

“We’ve had a couple of mess-ups in that situation throughout this year, and then we had a few of them in practice,” Washington Wizards Head Coach Scott Brooks said on his call to not foul Murray. “So I wasn’t confident enough to do it again.”

Beal then sank the game-winning free throws after forcing JaMychal Green to foul him as he drove to the rim. With the Wizards playing their best basketball thus far, the resurgence of Bertans, and a defense playing well, a daunting gauntlet of games against some of the best the Western conference has to offer doesn’t sound as perilous as before.

Starting Saturday, the Wizards will embark on their West Coast road trip against the Portland Trail Blazers, followed by a game back-to-back against the defending champion Los Angeles Lakers and their next-door neighbors, the Clippers.