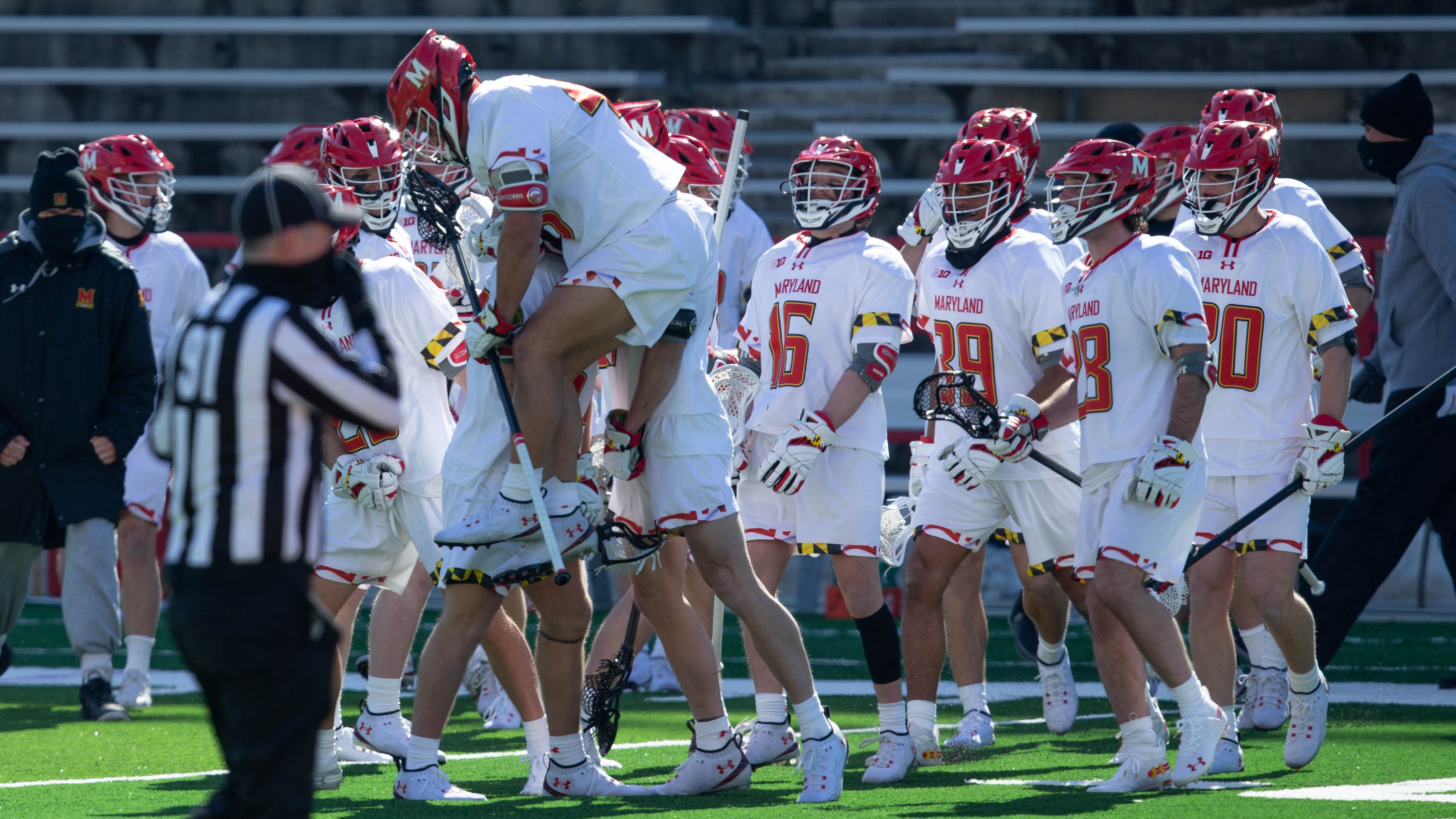 COLLEGE PARK — After the entire NCAA Lacrosse season was cut short last March due to the pandemic, the No. 5-ranked University of Maryland Men’s Lacrosse team returned to action on Saturday afternoon against conference foe Michigan.

The Terps dominated most of the game until the Wolverines made a late surge in the fourth quarter. Nevertheless, Maryland still hung on for the 20-9 victory at home.

“It seems like it had been forever since we were in Maryland Stadium playing another team,” said Maryland head coach John Tillman. “The kids had been through a lot over the past 11 months or so. To see them out again as a team competing for Maryland in their uniforms was awesome.”

Forty seconds into the contest, Terps junior midfielder Kyle Long scored the first goal of the 2021 season as he ran up to the net and fired away, putting the home team up 1-0 early.

Seven minutes later, though, Michigan tied it up at 1-1 when sophomore attackman Josh Zawada put the ball in the back of the net.

Maltz was the leading scorer for the Terps on the afternoon with five goals, with two of those tallies coming on the Man Up opportunity.

“We’ve been going at it with our defense for however many weeks now,” said Maltz. “We just wanted to get out there with a different team, and it was a lot of fun.”

With the score 5-1 heading into the second quarter, Zawada scored his second goal of the game, cutting the deficit to 5-2. That’s when Maryland went on a commanding 11-1 run that lasted until the fourth quarter.

But when the Terps sat comfortably with a 16-3 lead, the Wolverines didn’t give up as they went on a 5-1 run, with four of those tallies happening within two minutes.

However, the Terps were able to stave off a late comeback and add a few more points to the scoreboard.

Besides Maltz, Wisnauskas also had a hat trick on Saturday, as he totaled three goals and one assist, while seniors Jared Bernhardt and Anthony DeMaio scored two goals each. DeMaio also had a game-high three assists.

In net, Logan McNaney notched six saves to help Maryland with the victory. By the end of the game, 11 different Terrapins had scored goals, while 13 tallied at least a point.

The 11-goal victory margin was also the largest in any conference game since the 18-goal win against Duke from 18 years ago. On the other side of things, Zawada was Michigan’s leading scorer with four goals in the contest.

Senior defenseman Nick Grill was named the Big Ten Defensive Player of the Week on Feb. 23 for his performance against the Wolverines. He caused a career-high three turnovers while scooping four ground balls.