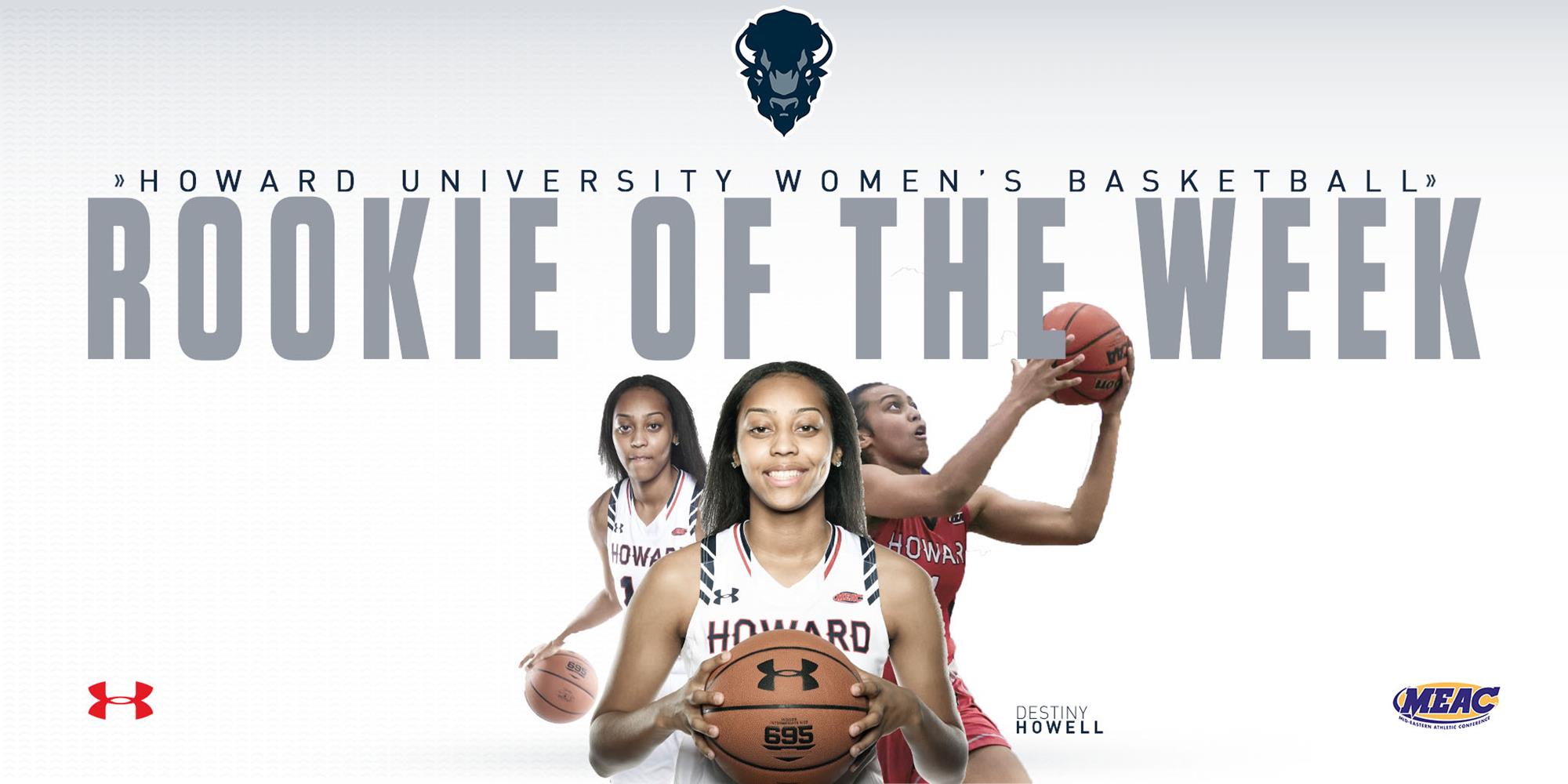 In both contests at Coppin State (Feb. 20-21), Howell scored double figures against the Eagles. Saturday, she recorded 11 points on 4-of-6 shooting, including a perfect 3-of-3 from long range, while adding 10 points in Sunday’s victory.

This season, the New York native has played 11 games with four career starts.

The Bison travel to Dover, Del., to close out the regular season against Delaware State (Feb. 27-28). Saturday’s contest will start at 5 p.m. while Sunday’s tipoff is scheduled for 1 p.m.