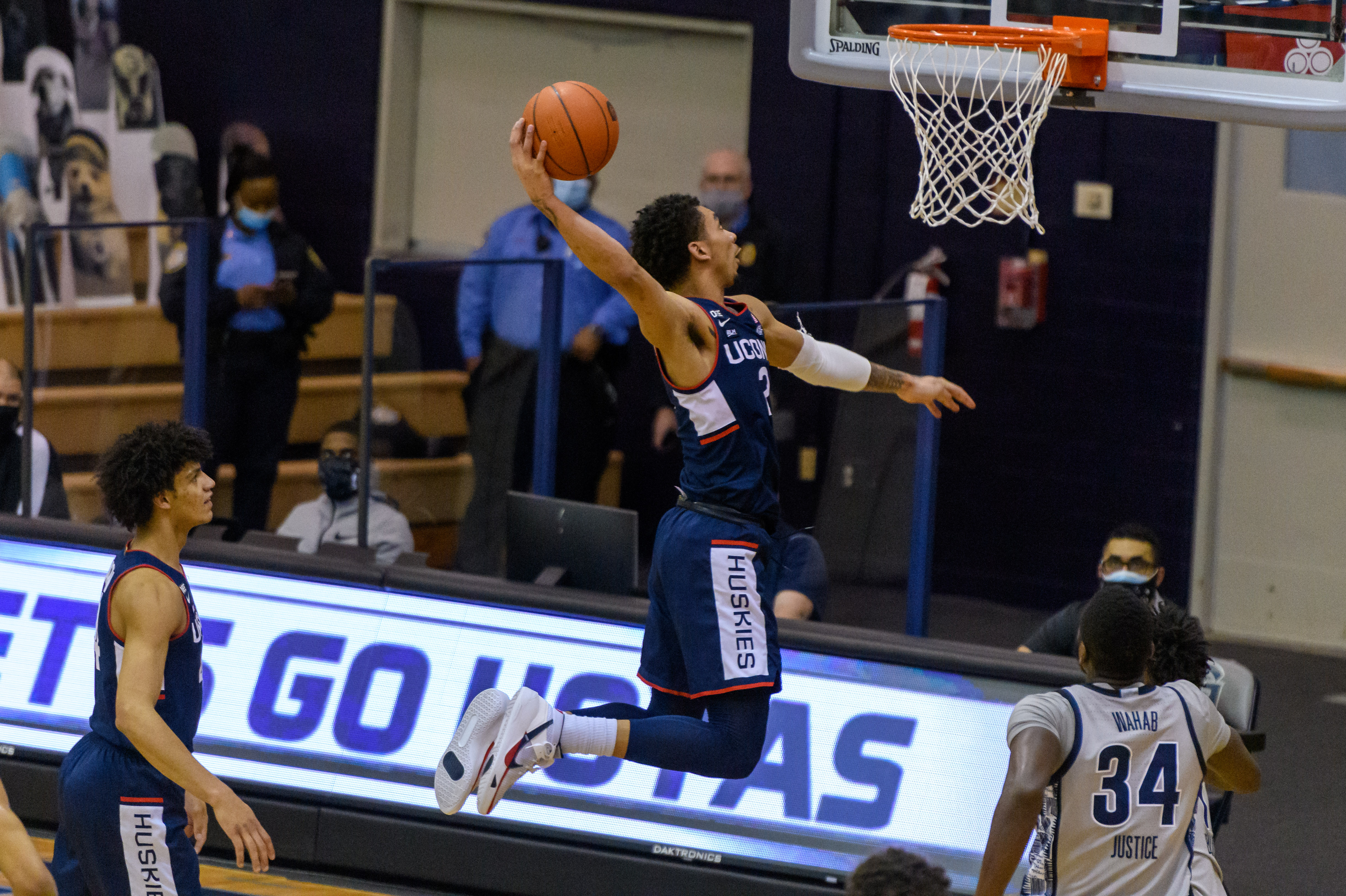 WASHINGTON – After splitting their four-game homestand, Georgetown will look for better luck on the road against DePaul Saturday.

Against the Huskies (11-6, 8-6), Georgetown center Qudus Wahab posted his sixth double-double with a career-high 18 points and 10 rebounds. However, UConn received a strong offensive effort from guards R.J. Cole and James Bouknight, who combined for 37 points and 15 rebounds in their away victory.

Connecticut jumped out to an early lead, scoring the game’s opening 10 points. Georgetown guard Jamorko Pickett’s (10 points) quick basket would spark a 10-4 run. The Hoyas’ finished the half on an offensive flurry with a 9-0 run and held on to a one-point advantage at halftime.

After trading blows to start the second half, Georgetown continued to hold a slim advantage. Their advantage began to slip after a Cole bucket sparked a late run by the Huskies. The visitors powered their way into a 21-7 run to take over the lead and the game. The run was capped off with a destructive dunk from Bouknight to give seal the victory for Connecticut.

“The last game we came out, we started poorly, but we were able to regroup and come away with the victory. We started poor tonight, but we were still in the game,” Georgetown head coach Patrick Ewing said. “We were up by one at halftime, so we did a very good job in the first half of coming out of it. But in the second half is where, like I said, we took our foot off the gas pedal.

Georgetown will need to improve their shooting as they shot less than 36% from the floor and turned the ball over 15 times.

The Blue Demons (4-11, 2-11) are coming off their third loss in four games, losing to Creighton 77-53 on Wednesday. Both teams were scheduled to play in January but due to COVID-19 concerns, it was postponed.