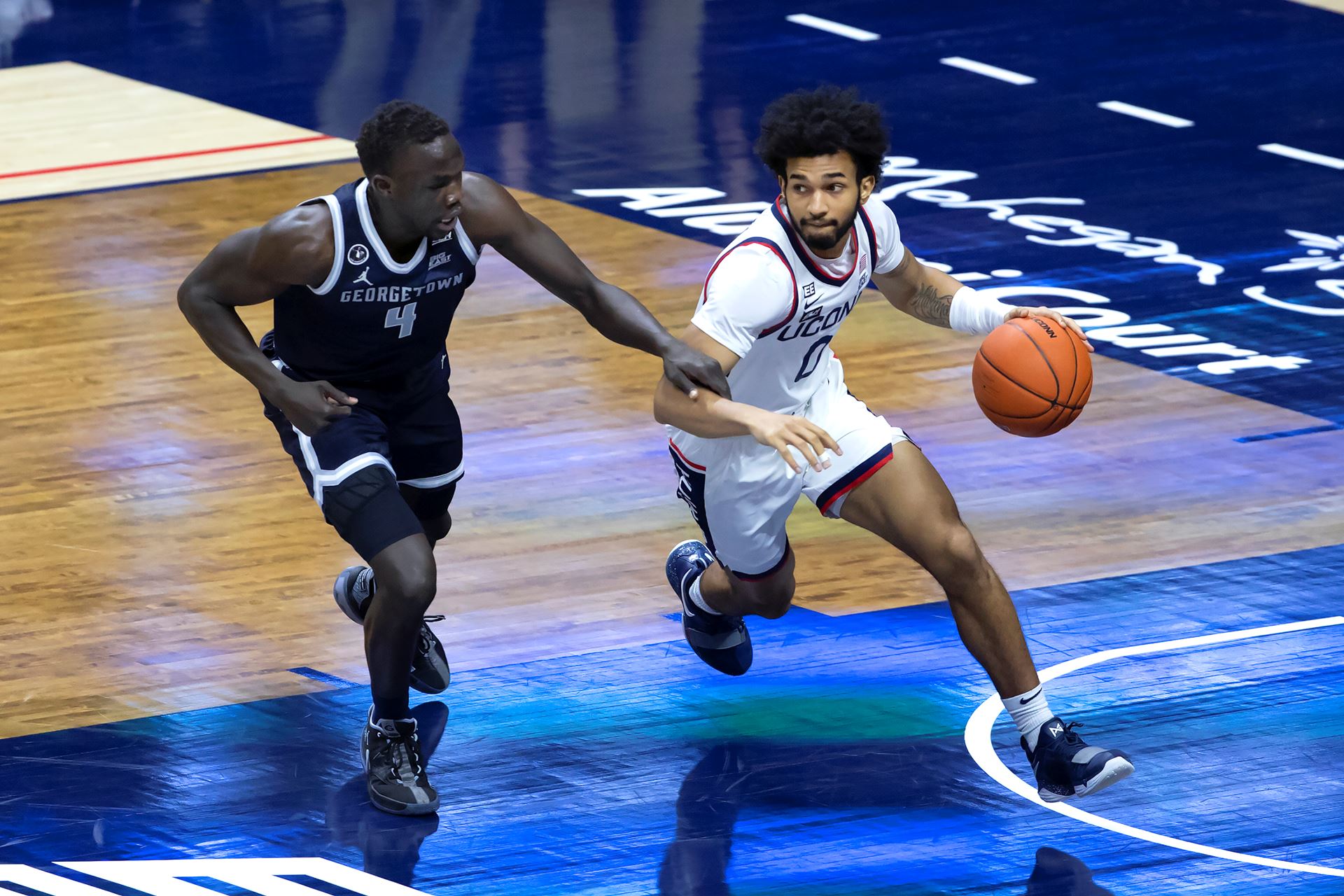 WASHINGTON – In their final game of the regular season, Georgetown’s attempt to avenge a home loss to Connecticut in February fell apart early on Saturday.

After starting on a 12-0 run, the Huskies ran through their visitors, putting on a dominant performance to defeat the Hoyas 98-82 at the Harry A. Gampel Pavilion in Storrs, Connecticut.

The loss set back the Hoyas (9-12, 7-9) days before the Big East Conference tournament, who entered Saturday’s game with four wins in their last five games.

Head coach Patrick Ewing said his Hoyas received a “royal ass-kicking” by UConn, who finished with six players shooting in double-figures. Freshman guard James Bouknight lit up the court throughout the first half, ending the game with a team-high 21 points for Huskies.

Georgetown struggled offensively as they shot 6 for 20 from the field and missed all five of their 3-point attempts. Meanwhile, UConn found its scoring touch all over the court, including draining in seven 3-pointers, to enter halftime with a 51-24 lead. The 27-point advantage was UConn’s biggest halftime lead since 2014.

While crediting their opponents, Ewing said the Hoyas lacked the “intensity and effort” seen in their previous wins.

“There have been games where we start off slow but work our way back into the game,” Ewing said. “The way that they played, they played with energy and effort. We evened up on our rebounding effort a little, but they kicked our butts on the glass. We are not going to win if we don’t, one, rebound, or two, defend.”

Connecticut continued their dominance into the second half, leading by as much as 29 points. Georgetown rallied late, firing off a 14-6 run to cut their deficit down to 16, but it did little to stop UConn from shooting 59% from the floor. Senior Jahvon Blair scored a game-high 22 points.

Georgetown will enter the Big East Tournament as the No. 8 seed and face Marquette on Wednesday. The Golden Eagles won 64-60 in their only meeting of the season in January. Tipoff is scheduled for 3 p.m. The game will be televised on FS1.