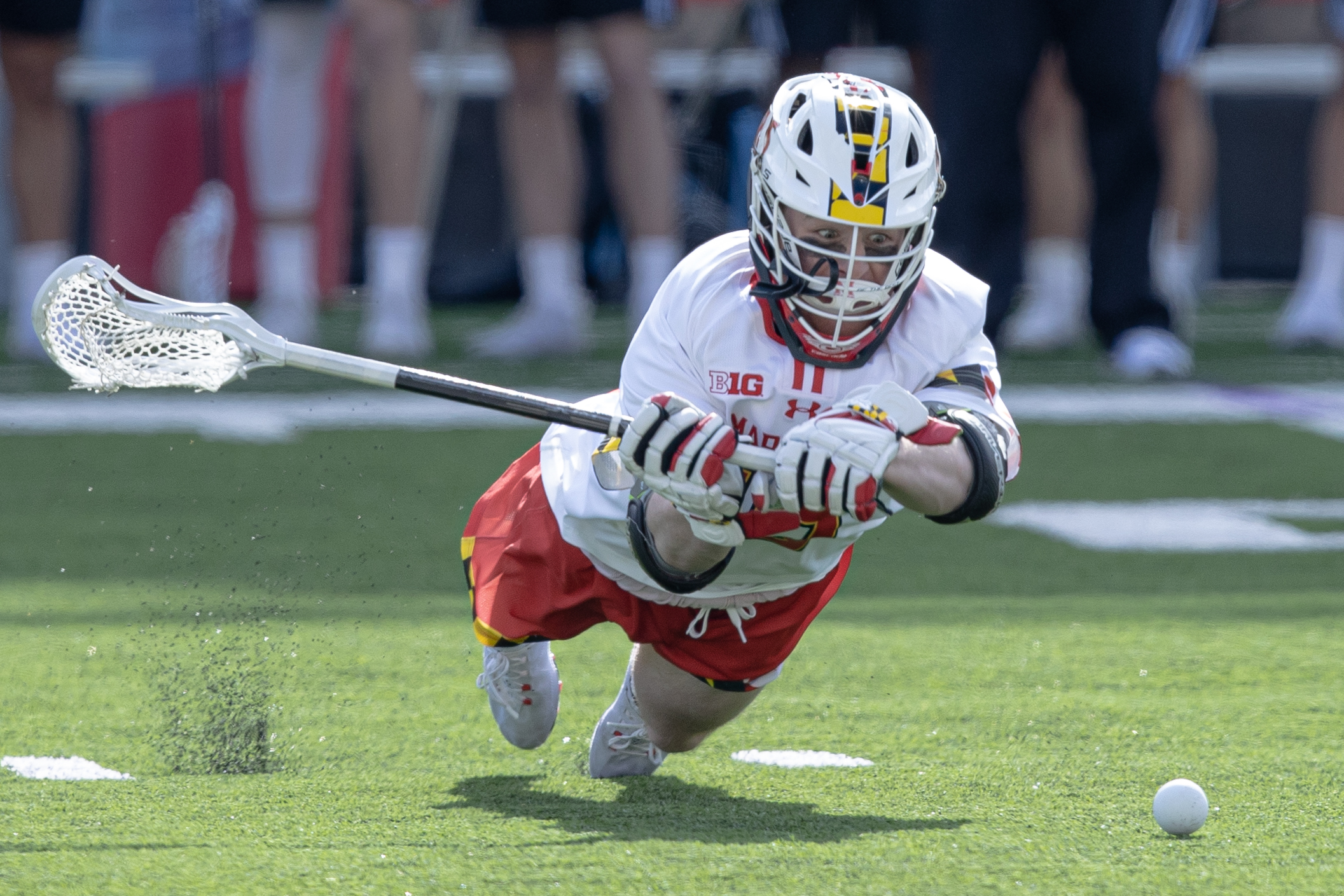 COLLEGE PARK – The No. 3 Maryland men’s lacrosse team faced off against longtime rival No. 20 Johns Hopkins for the first time in almost two years in their first of two encounters this season.

Both squads were very competitive in the first half, but the Terps swung the momentum their way, taking the first meeting over the Blue Jays 18-10 Saturday at Maryland Stadium.

“Very happy for our guys to get a win over our biggest rival,” Maryland head coach John Tillman said. “Certainly not the way we wanted to start the game, but I was very proud of the way our guys came out of halftime and played in the third quarter.”

Johns Hopkins (1-2) got off to a hot start, leading 3-1 with two goals scored by Joey Epstein and Cole Williams.

Nevertheless, Maryland (3-0) was able to keep up with their in-state rival, as they scored three unanswered goals, with seniors Anthony Demaio, Roman Puglise, and Logan Wisnauskas getting credit for each tally to take a 4-3 lead.

However, at the end of the quarter, Conner Delaney of the Blue Jays put the ball in the back of the net to tie the game at 4-4 with two seconds remaining.

While fifth-year senior Jared Bernhardt put Maryland ahead momentarily, Hopkins fired off three consecutive goals in a four-minute span. Wisnauskas and Demaio added two goals for the Terrapins before halftime to tie the game at 7-7.

The third quarter was when Maryland gained full control of the contest, as Bernhardt fired away for the go-ahead goal to spark a scoring spree. The Terps tallied eight consecutive goals in the third quarter, holding the Blue Jays scoreless for over 22 minutes. The visitors did not add another goal until 10:51 remaining in the game.

Part of their success during the scoring spree, Wisnauskas said, was Bernhardt’s opening goal.

“Jared, as a player, garners a lot of attention,” Wisnauskas said. “We were waiting for that third-quarter run where we found that spark, and maybe it was Jared getting that eighth goal that set us off.”

Wisnauskas had himself a day by putting up a career-high nine points, including two goals and a career-high seven assists. Part of his success, Tillman said, is acting like “the consummate pro.”

Senior Nick Grill stepped up by causing three turnovers and scooping up four ground balls on the defensive side. In net, sophomore goalie Logan McNaney notched 11 saves in the victory.

“I think when you win faceoffs, and when you get great goalie play, you get that confidence from the whole defense to know that we can make plays and make adjustments when we need to,” said Grill.

Up next, Maryland will host Rutgers on Saturday at 3:00 pm.