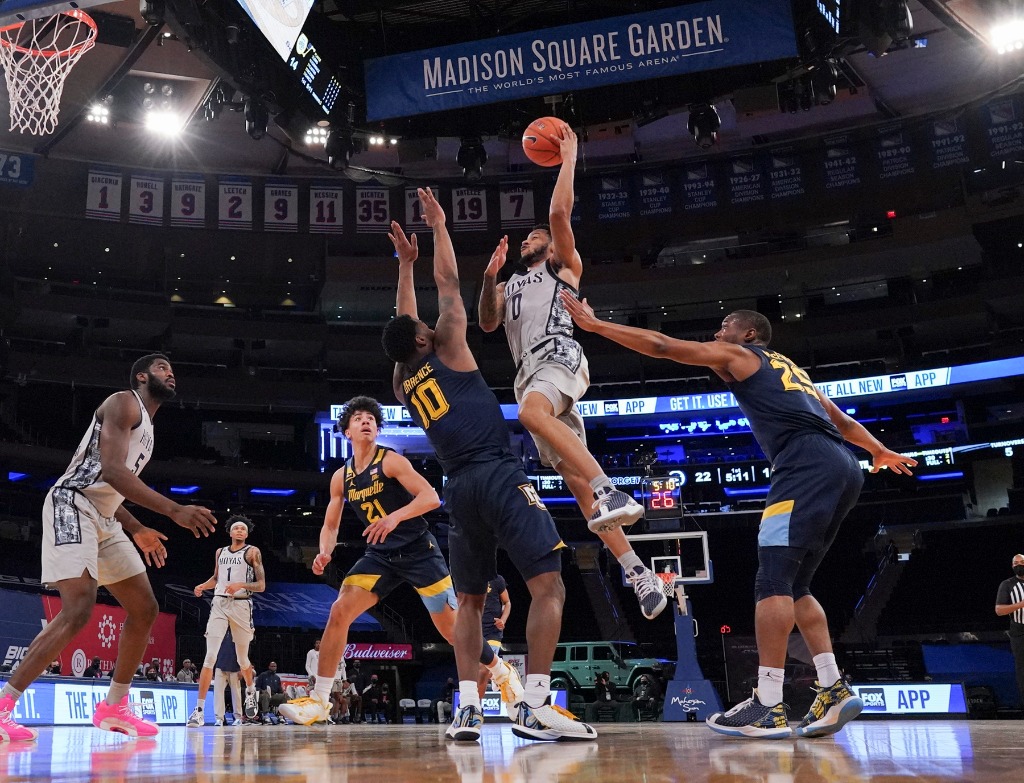 NEW YORK – Coming into the Big East Tournament as a No. 8 seed, Georgetown looked to rebound after a disastrous outing in their regular season finale against Connecticut.

“Last year we were up on St. John’s at halftime and then weren’t able to get it done in the second half,” Ewing said. “Tonight, we were up and, unlike what we did the last time we played Marquette didn’t falter. We kept on fighting and we were able to take the game over.”

The win also avenged Georgetown’s earlier regular-season loss to the Golden Eagles back on Jan. 2. Georgetown received a big offensive showing from reserve guard Jahvon Blair, who scored with a game-high 20 points, while Qudus Wahab finished with a career-high 19 points.

Georgetown jumped out to a massive 20-4 run in 10 opening minutes. Wahab capped off the streak with a three-point play to give the Hoyas a 22-8 lead with 7:15 left in the half. Marquette’s sophomore guard D.J. Carton (17 pts) hit a pair of 3-pointers as part of a narrow run.

However, Georgetown clamped down defensively and went on a 10-0 run to end the half with a 32-14 lead. Marquette’s 14 first-half points were the program’s fewest points scored in a first half since 2014.

Both teams traded baskets early in the second half until Marquette went on a 7-0 run, cutting the deficit down to 11 with 15:19 remaining. Georgetown quickly responded by scoring seven unanswered points of its own, starting with a 3-pointer shot from Blair. From there on, the Hoyas never relinquished the lead as Wahab sealed the win with a late two-hand dunk.

Georgetown advances to the quarterfinals of the Big East Tournament where they will face top-seeded Villanova Thursday afternoon. Tipoff is set for noon and will be broadcasted on FS1.