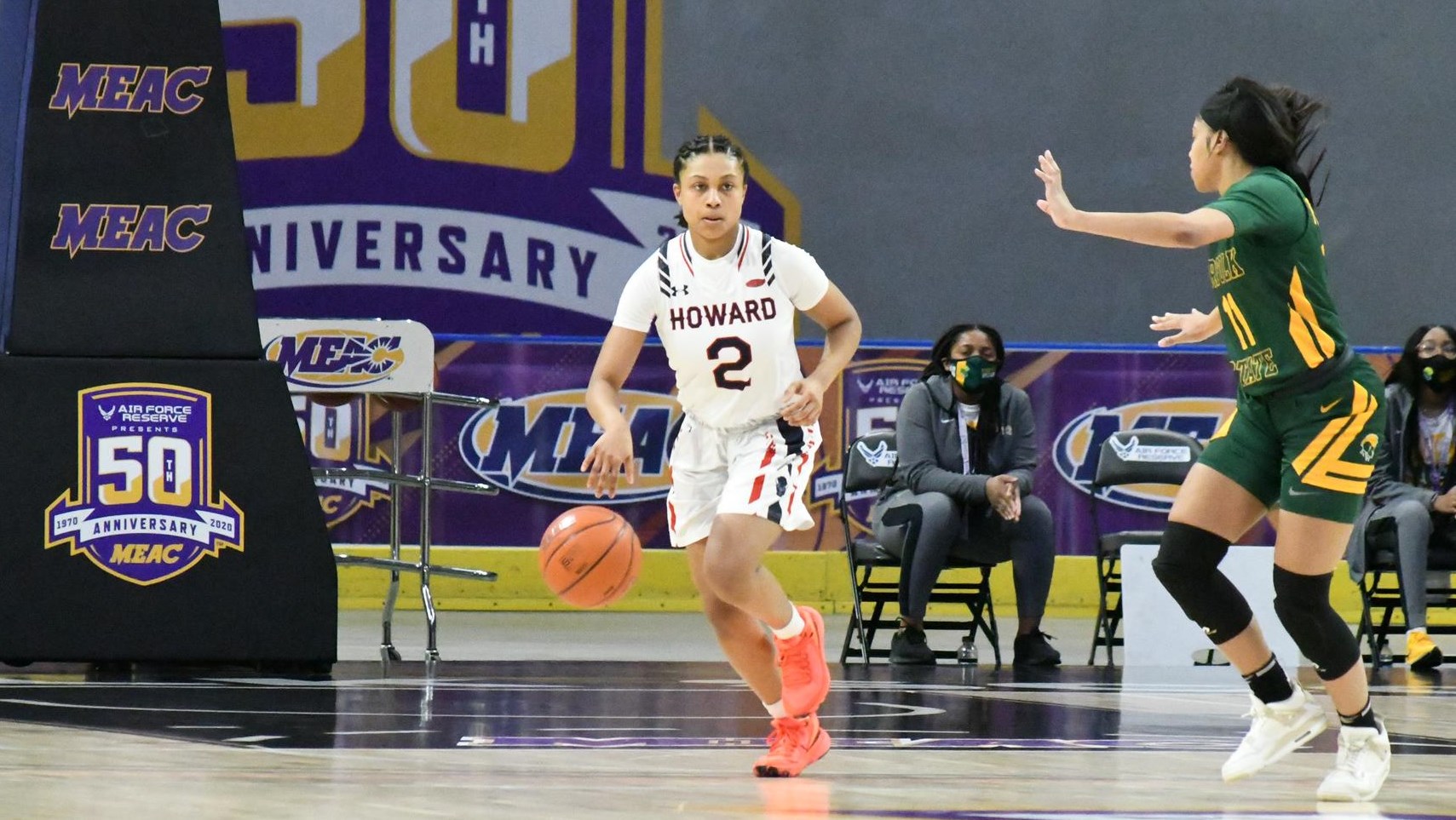 “We talked about building a lead and controlling the tempo,” said Howard Women’s Basketball head coach Ty Grace. “We kept fighting and never bowed down. I am really proud of this team.”

“She’s been playing well during this stretch,” Grace stated on sophomore floor general. “Her confidence is at an all-time high. I am happy for her and she deserves this.”

MEAC Player of the Year senior guard Jayla Thornton (Newark, N.J.) sparked an early 8-0 run and gave HU a double-digit advantage after one, 16-4.

HU extended its advantage to double digits, 30-19, midway through the third, but the Spartans responded with a 14-3 run and tied the contest at 33 with 1:23 remaining in the period. With time dwindling, newcomer Destiny Howell (Queens, N.Y.) found sophomore Brooklynn Fort-Davis (Chicago) for a layup and gave Howard a slim lead after three, 35-33.

NSU took a slim advantage seconds into the fourth, 35-36, but Howard responded with a 15-9 run to seal the deal.

For NSU (5-9), Mangela Ngandjui finished with a team-best 10 points, seven boards and six blocks in a losing effort.

The Championship game will be played Saturday (March 13) inside the Norfolk Scope Arena. Tipoff at 3:30 p.m. on ESPN3.