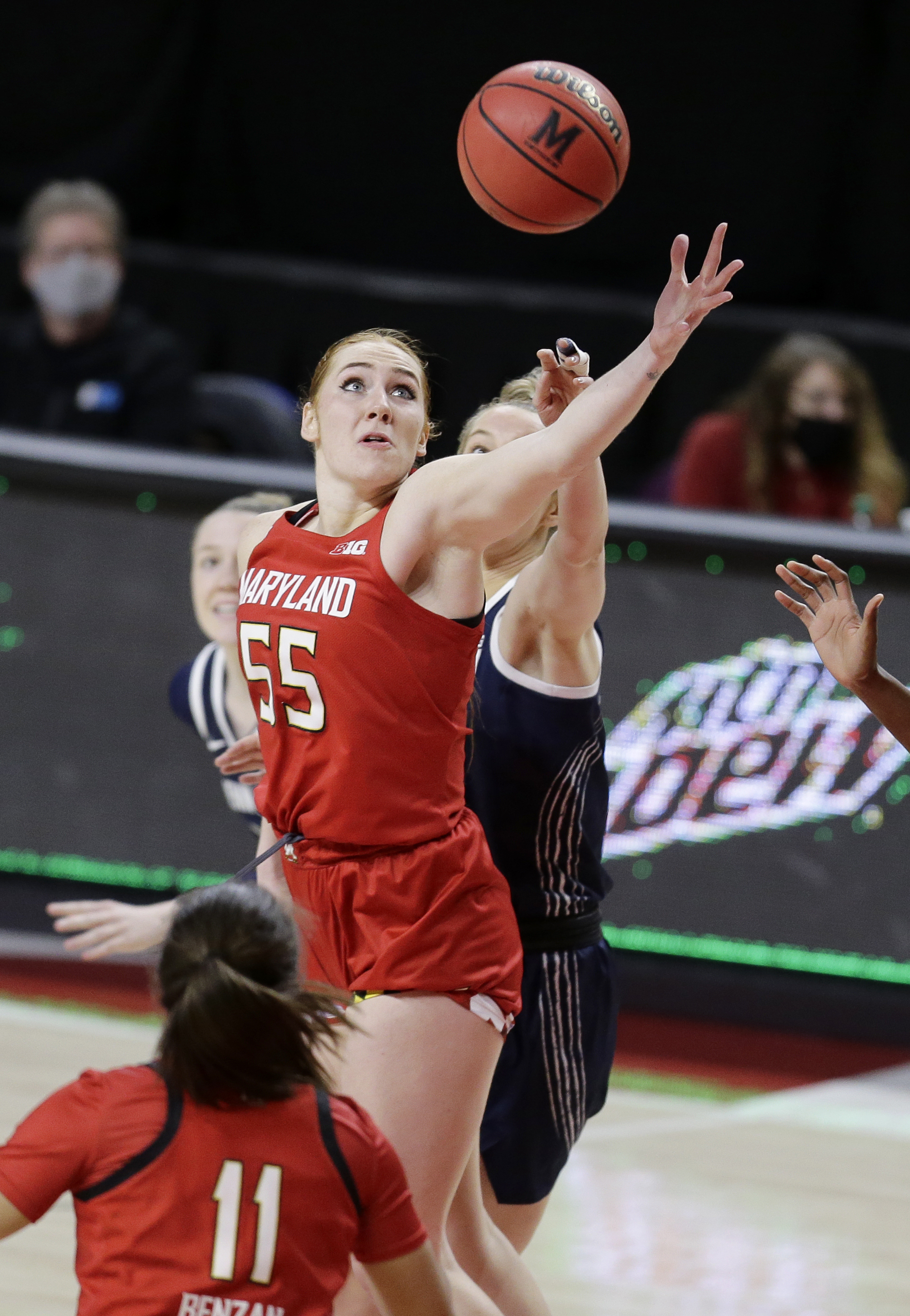 INDIANAPOLIS — The Maryland Women’s Basketball team once again clinched the Big Ten title and entered the conference tournament as the No. 1 seed, as they faced No. 8 seed Nebraska.

It wasn’t easy for the Terps, as the game turned out to be very competitive, with the Cornhuskers taking the lead in the fourth quarter, but Maryland, nonetheless, still got the job done for the 83-73 victory.

“Welcome to March,” said Maryland Head Coach Brenda Freese. “It definitely looked and felt a lot different. But I thought we fixed a lot of things at halftime.”

Maryland looked solid in the first quarter, as they went 8-of-19 from the field but were 1-of-5 on 3-point attempts. Nevertheless, they still led 18-11 at the end of the quarter.

The Terps continued to look competitive in the second quarter, as sophomore guard Diamond Miller made a nice steal off a Nebraska inbound pass and took it to the hoop for a lone layup.

Redshirt sophomore Mimi Collins and sophomore Chloe Bibby led the way for Maryland with 13 points each in the first half, as the Terps went into halftime up 38-34 over Nebraska.

The third quarter also set the tone for how both teams played, with Maryland nailing 53% of their shots from the floor and led 57-54 by the end of the quarter.

However, at the start of the fourth quarter, Cornhuskers junior Sam Haiby nailed a three to tie the game at 57-57 and then a go-ahead triple to gave Nebraska a 60-57 lead.

But the Terps didn’t give up, as Bibby responded with a three of her own to tie it back up, and the team didn’t look back.

“I think it was good that we came out when we did in the fourth,” said Bibby. “We weren’t going home today. That was not even an option for us. I think it’s good that we’re able to rally together. We’re still really young.”

After scoring only three points in the first half, star sophomore Ashley Owusu went all out in the second half, as she hit a mid-range jumper to break a 68-68 tie in the middle of the quarter.

Owusu added 19 in the second half to finish the game as the Terps’ leading scorer with 22 points, nine rebounds, and eight assists.

“I like this tournament,” said Owusu. “Who doesn’t like to be under the spotlight and come out and have fun with their team?”

Miller and Bibby each scored 18 points in the contest, while Collins dropped 17 against the Cornhuskers.

“I thought Mimi and Chloe set the tone early on for us,” said Freese. “Then I thought Diamond and Ashley made a lot of big plays in the second half.”

With the win, Maryland advances to the next round of the Big Ten Tournament to face Northwestern on Friday at 2:00 pm.