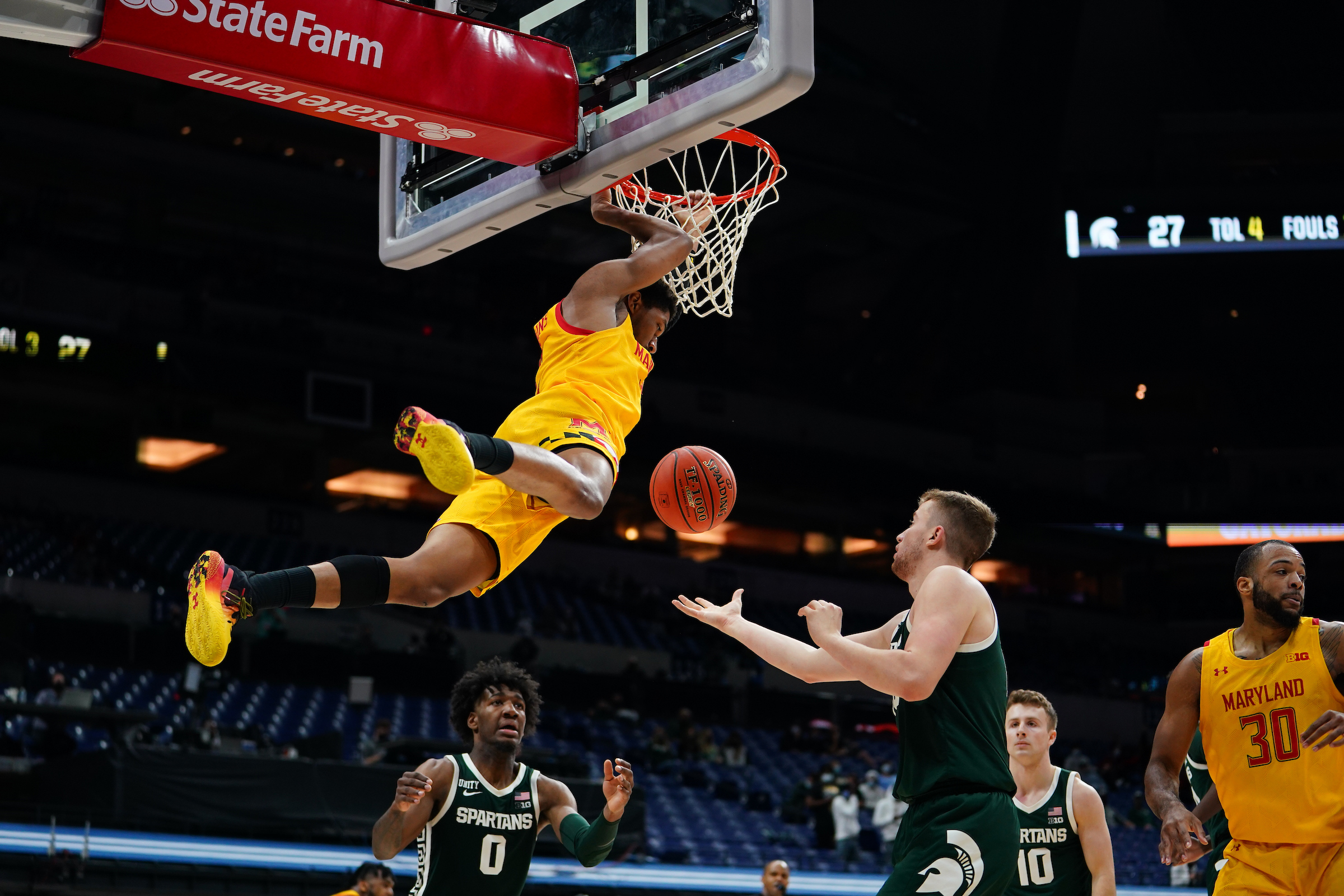 COLLEGE PARK – The Maryland men’s basketball team bounced back from a 12-point first-half deficit to earn a 68-57 victory over Michigan State in the second round of the Big 10 Tournament Thursday.

Eric Ayala scored a game-high 21 points while Aaron Wiggins dominated in the post with 19 points to lead the Terrapins (16-12) for a crucial win that puts themselves in position for an NCAA Tournament berth. Maryland arrived in Indianapolis as the No. 8 seed after a 9-11 in-conference record and a loss to Penn State in their regular-season finale.

“I was not pleased,” Maryland head coach Mark Turgeon said. “On the first media timeout, I got on them pretty good. We just weren’t competing; we were missing assignments defensively. The way we play defensively, if one guy screws up, we are all screwed.”

A Hakim Hart 3-pointer with 3:30 remaining in the first half allowed the Terps to retake the lead. Wiggins followed up the jumper by splitting two defenders before scoring off a two-handed slam.

Michigan State could not hit a field goal in the final five minutes of the half, while Ayala fired off a 3-pointer as time expired to give Maryland a four-point lead.

Maryland’s defensive pressure continued into the second half as Michigan State’s no field-goal streak continued for seven more minutes.

The Spartans also struggled to keep the ball, turning it over 18 times, with Maryland capitalizing to score 27 points. Along with 12-second chance points, Maryland put the game away early and their odds of entering March Madness.

“It’s just about taking every punch and being able to punch back,” Wiggins said. “And even though they got out to a really good start, we had to get back to our defense and start to lock in and guard the ball the way we were capable of.”

Maryland will take on top-seeded Michigan Friday at 11:30 a.m.