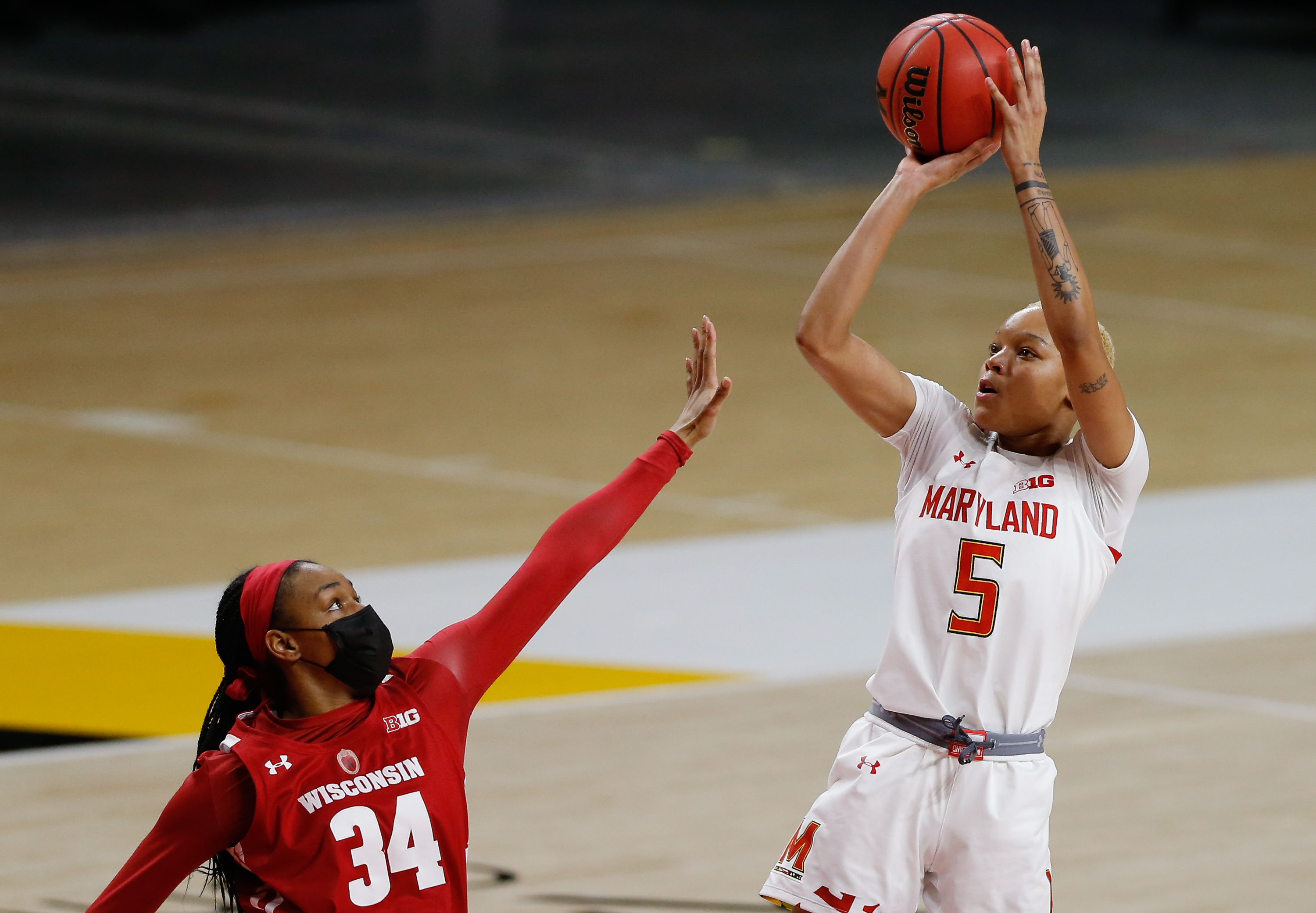 INDIANAPOLIS – One day after narrowly escaping Nebraska in the Big Ten Tournament quarterfinals, the No. 1 seeded Maryland women’s basketball team faced No. 5 seed Northwestern in the semifinals Friday.

Unlike their previous encounter, the Terrapins took care of business in dominating fashion, defeating the Wildcats 85-52 to advance to their seventh consecutive conference tournament final.

“Really proud of this team,” said Maryland head coach Brenda Frese. “We knew that Northwestern was coming in after yesterday’s game very inspired. I thought our group was just as motivated.”

Maryland (23-2) jumped out to an early 14-6 lead in the first quarter. Offensively, the Terrapins ended the period with a seven-point advantage after converting 9 of 15 field goals. Maryland showed top-seeded abilities in the second quarter as it continued to score and force turnovers, ending the first half on a 22-2 run to take a commanding 49-24 lead.

In the second half, Maryland continued to score at will, while Northwestern (15-8) tried to keep pace. However, the Wildcats could only muster 14 points in the final two quarters.

“I feel like we had a game plan at the beginning: Just to go out there and have fun,” Reese said. “And it was mental strength. Defense led to offense, and I think that’s what happened in the second quarter.”

Maryland finished the game shooting 58.6% from the field, despite only knocking down five 3-pointer. The Terps’ offense found ways to score in different ways, including scoring 52 points in the paint, 21 fast-break points, 19 points off turnovers and 36 bench points. Six Terrapins finished with double figures, as Alaysia Styles came off the bench to score a team-high 15 points.

“It’s a different type of basketball here,” said Styles. “Everyone is absolutely elite, and everyone cares as much as I do about the sport, and that goes from the coaching staff to the support staff.”

Maryland will face No. 6 seed Iowa in the Big Ten Championship Game on Saturday at 2:00 p.m.