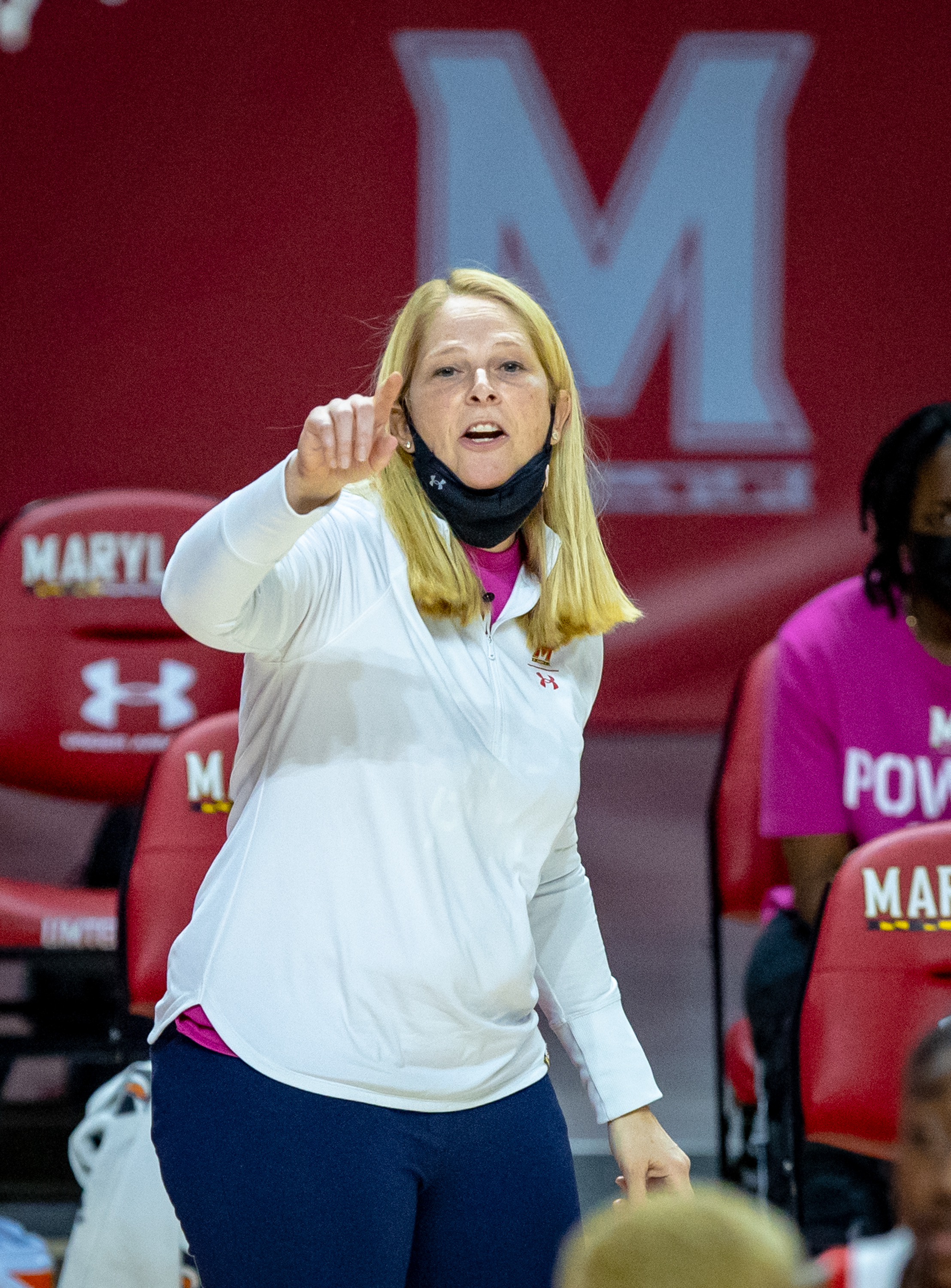 INDIANAPOLIS — After beating Nebraska and Northwestern, the top-seeded Maryland Women’s Basketball advanced to the Big Ten Championship Game, where they faced No. 6 seed Iowa on March 13.

Like the semifinal matchup against Northwestern, the Lady Terps once again demolished their opponent, but this time they surpassed 100 points as they beat the Hawkeyes 104-84 to win their fifth Big Ten title.

“What a dominating performance when you talk about this team, and over the course of this three-day tournament,” said Maryland Head Coach Brenda Frese. “But what I’m most proud of is watching their unselfishness, how hard they played against a really, really good Iowa team.”

The Terps jumped out to a 29-18 lead at the end of the first quarter, where they nailed 12 of their 26 shots from the field, including 5-of-9 three-point attempts.

Maryland never gave up the lead after that and just continued to cruise on to another win, as the team dropped 100 points with under two minutes left, thanks to a free throw made by freshman Angel Reese.

All five Maryland starters dropped double-digits in the victory, as senior Chloe Bibby finished with a team-high 21 points in the win, going 9-of-13 from the field and 3-for-6 from behind the arc, as well as four rebounds and one assist.

“I just think that my team and I did a good job,” said Miller. “We were just trying to win the game. Every time I step on the court, I play my hardest, and it was just another game for me. I’m glad that we won.”

The Lady Terps previously won the national championship back in 2006, but Coach Frese says that this year’s team might be more potent and with more depth.

“It’s been an incredible journey,” said Freese. “I love that this team lets their actions speak for itself. The biggest thing we’re focused on right now is getting better.”

With the Terps winning 13 games in a row, along with another Big Ten conference title victory, they have a chance to possibly be named a top seed in this year’s NCAA Women’s Basketball Tournament, which will take place in a bubble in San Antonio, TX running from March 19-22.

“Every time we step on the floor, we want to compete, no matter who we play,” said Owusu. “Just coming in every game, even every practice, we just play Maryland basketball.”