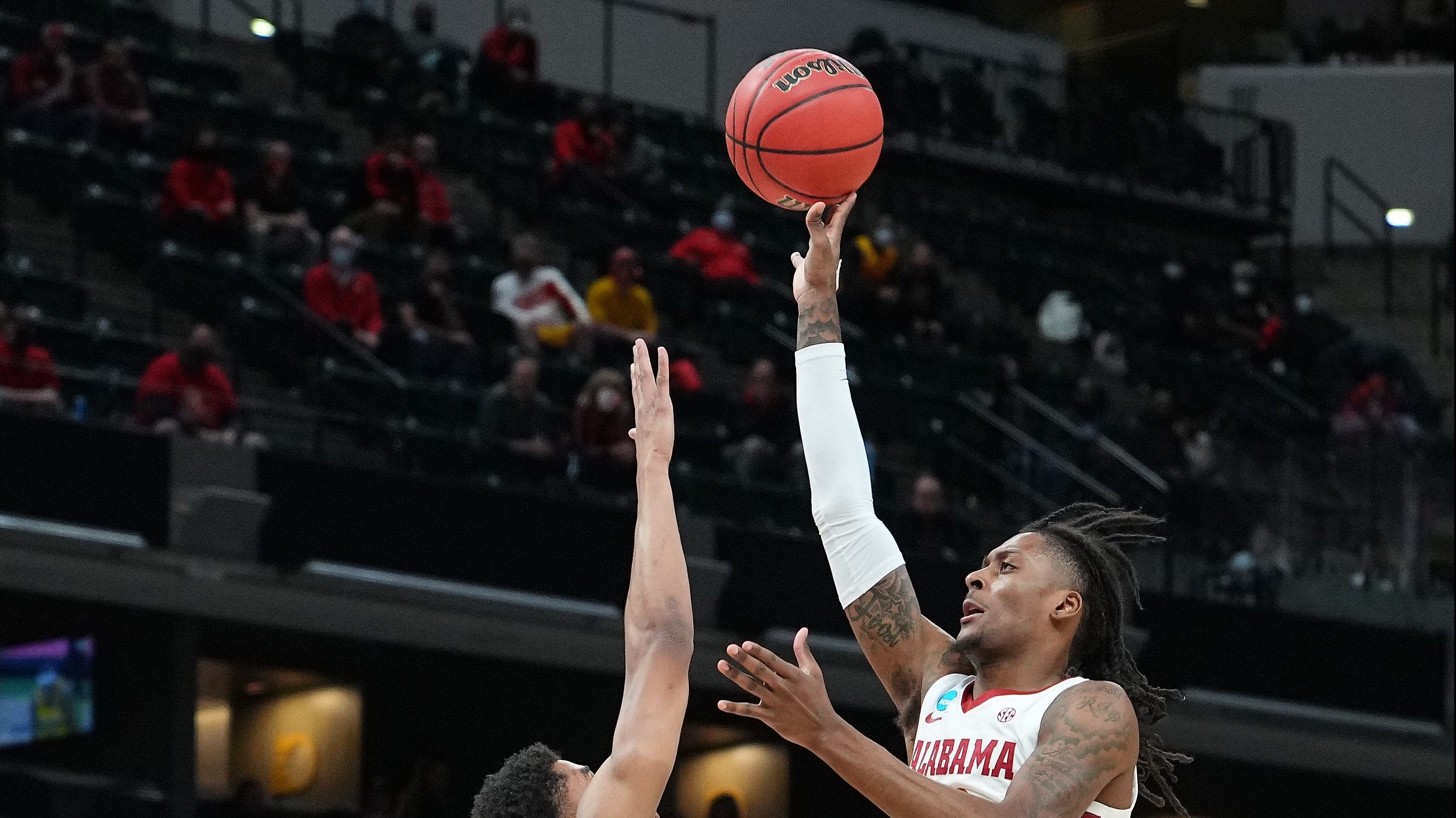 COLLEGE PARK – Shot after shot entered the rim, each easier than the last. Alabama found its stride shooting 3-pointers and did not stop.

The second-seeded Crimson Tide knocked down 16 3-pointers as they routed Maryland for the 97-77 victory in the second round of the NCAA Tournament. The loss ended the Terrapins’ season for the second time in three years before the Sweet 16.

The weapon that caused Maryland’s demise – 3-point shooting – was its strength in its 63-54 first-round win against No. 7 Connecticut. The offense scored 50% (nine) of its 3-point attempts and paired it with a 23-point performance by Eric Ayala to eliminate the Huskies.

Yet, despite entering the second round allowing less than 66 points a game, head coach Mark Turgeon said Maryland defense was no match against an Alabama team that he considered the “fifth No. 1 seed” in the tournament.

“They shot the heck out of it. They haven’t been shooting it well lately, but they shot it well today,” Turgeon said. “And we’re a good defensive team, but we were just a step slow all night. We never could get caught up with their offense.”

Maryland jumped out to an early 14-7 lead, but Alabama fought back to take the lead midway through the first half. Both teams traded 3-pointers in the final five minutes before halftime, with seven of eight possessions ending with points from behind the arc.

Aaron Wiggins, who scored a game-high 27 points, connected with a jumper with five seconds remaining, gave Maryland an eight-point deficit to conquer after halftime.

But it did not take long for the SEC champions to deliver the knockout blow. Minutes into the second half, Jaden Shackelford scored his first of three 3-pointers as part of a 17-2 run that extended the Crimson Tide’s advantage to 23 points. John Petty Jr. scored two of his four 3’s during the run and finished the game with 20 points.

As the half wore on, Alabama continued its assault while Maryland could not find its offensive touch. The Terps were outrebounded 40-19, inefficient from the free-throw line (43%), and lacked production from its bench players, receiving only nine points.

While Maryland did attempt a late rally with a 12-6 run to bring the deficit down to 16, two Alabama 3-pointers in the final two minutes shot down any hope of a comeback. Senior Darryl Morsell, who scored 10 points, said Alabama deserves credit for its 3-point shooting, calling it something “we haven’t seen before.”

“It’s the first team all year to score 90 on us,” Morsell said. “They came in locked in, had a great game plan. They have great spacing on their drives. They look to attack mismatches. They found a rhythm. We got out early, and then they found their rhythm, started hitting shots, and never stopped missing shots.”

Turgeon said despite the loss, he very proud of his team’s performance this year through the COVID-19 pandemic and lacking players with size. With the great leadership provided by Morsell, Wiggins and Ayala, Maryland has the building blocks for a better team next season.

“It’s the grittiest group of guys I ever played basketball with,” Morsell said. “We were resilient. There’s so many adjectives to describe this team. We are the smallest team in the best conference in the world, playing the best big men in the country that you could throw at us. And we just kept fighting.”