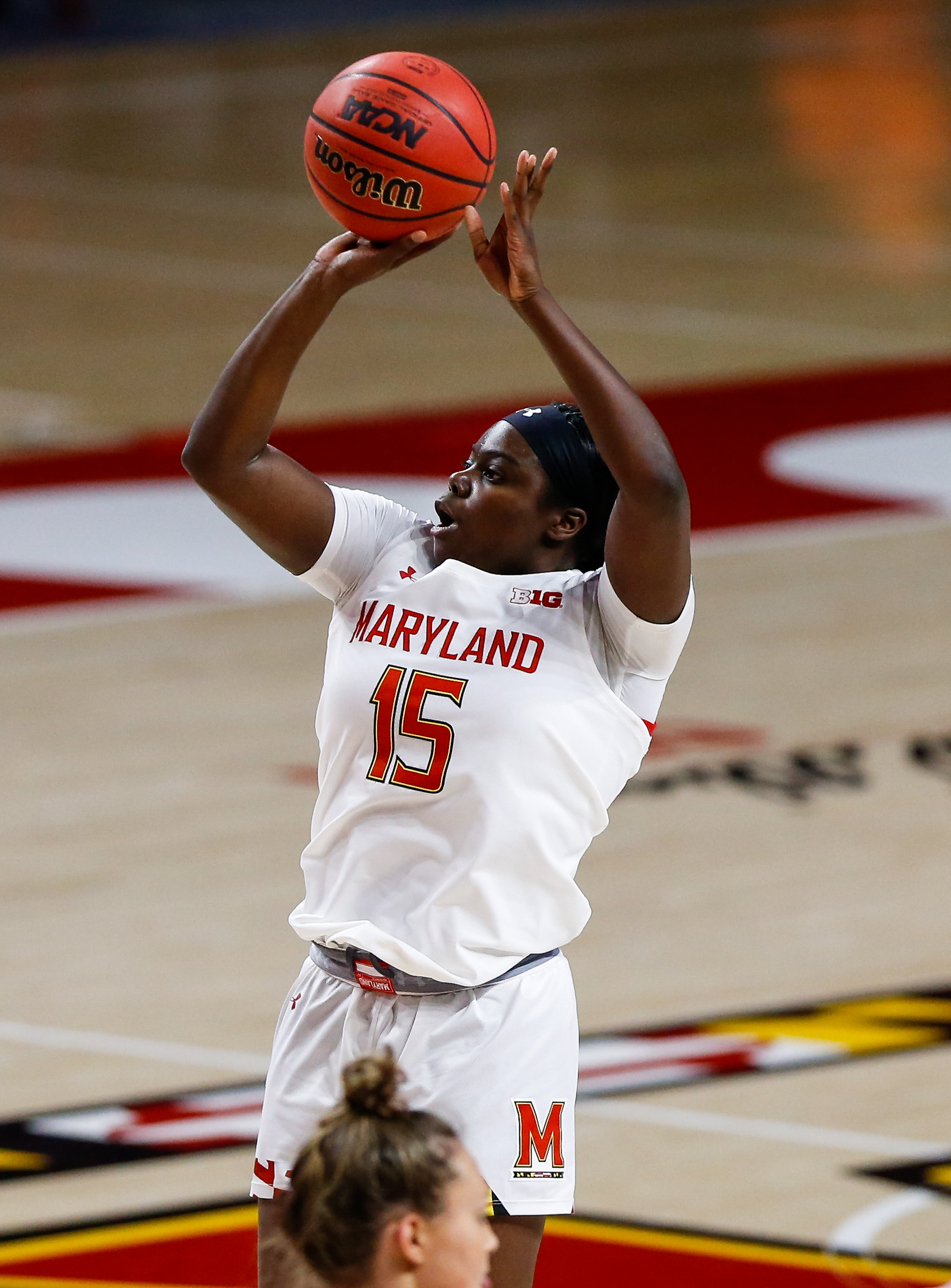 SAN ANTONIO — The Maryland Women’s Basketball team entered the 2021 NCAA Tournament as a No. 2 seed as they faced No. 15 seed and in-state rival Mount St. Mary’s on Monday afternoon at the Alamodome.

The game turned out to be a blowout as head coach Brenda Frese’s squad continued to show why they’re the defending Big Ten champions as the Terps pulverized the Mountaineers by the score of 98-45.

“I think they do a great job that they constantly give each other great confidence,” said Frese. “This team has such a great IQ that they’re constantly talking the game.”

From the get-go, this game felt like a scrimmage for Maryland, as they jumped out to a commanding 28-18 lead in the first quarter, where they went 12-of-13 from the free-throw line, and sophomore Diamond Miller led the team with nine points.

The Terps didn’t stop in the second quarter either, as sophomore Ashley Owusu kept forcing turnovers left and right and capitalizing off those turnovers, finishing the half with 12 points.

Maryland was unstoppable with a 73.3 field goal percentage in the second quarter, with Miller adding six more points to finish the half with 15 points.

The Terps led 53-22 at halftime, holding Mount St. Mary’s to just four points in the quarter.

Maryland opened the third quarter on a 6-0 run, as the team made an incredible fast break play where senior Chloe Bibby blocked the shot, as the ball landed in the hands of senior Katie Benzan, who passed it to Owusu up the court, and finished with a Miller lay-in.

“Off the dribble, we were really effective,” said Miller, “So I continued to do that, and we were also really effective in transition, so just getting the rebound and trying to push, and to help my team out as best as I could.”

Bibby looked impressive on the court as well, finishing the third quarter with 11 points and 10 rebounds, and the game with a double-double of 13 points and 11 boards.

“We haven’t really made this moment too big,” said Bibby. “I think everyone is made for the moment as such. This team just has so much confidence and the way we’re playing right now that I don’t think there’s too much nervousness going on.”

Additionally, freshman Angel Reese came off the bench and added eight points, including six at the foul line, as the Terps further extended the lead to 75-33 at the end of the third quarter.

“Just coming in locked in and ready to play,” said Owusu. “Just doing whatever it takes to help my team win, whether it’s scoring, passing it, or rebounding.”

“When I was in my hotel room, and saw that Alabama won, I was hoping that we would have the same scenario,” said Frese. “What are the odds of that? That’s exciting.”