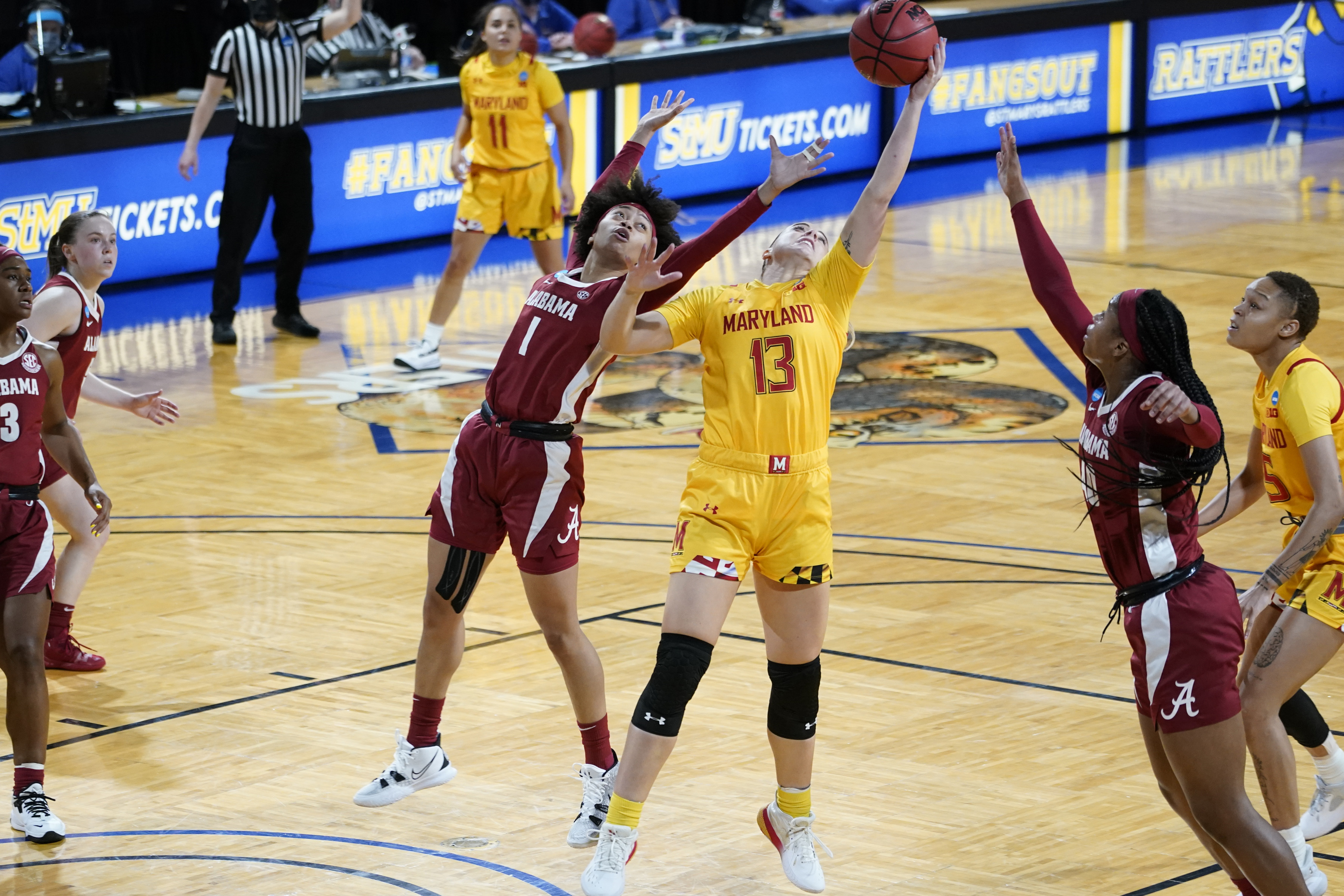 SAN ANTONIO — After demolishing Mount St. Mary’s on Monday, the No. 2 Maryland Women’s Basketball team faced off against No. 7 seed, Alabama, at Bill Greehey Arena in a Round of 32 match-up.

The Lady Terps once again put on a blowout performance as they clicked on all cylinders and scored 100 points to demolish the Crimson Tide 100-64 to advance to the Sweet 16.

“I thought you saw a tremendous team win for 40 minutes,” said Maryland head coach Brenda Frese. “I think it continues to show the balance of this team and the depth that we have.”

The Maryland offense was once again super effective in this game, especially in the first quarter, as the team shot 70.59% from the field and 66.67% from 3-point range.

The Terps even had a commanding 30-9 lead by the end of the first quarter, as redshirt sophomore Mimi Collins put up nine points.

Maryland continued to dominate in the second quarter, with sophomore Faith Masonius coming off the bench and dropping 12 points by the end of the half.

The Terps’ field goal percentage was still quite impressive as the team shot 64.29% and led 54-25 at halftime.

When the Terps had amassed 42 points, the team’s leading scorer of the game hadn’t even gotten a bucket yet, as freshman Angel Reese came off the bench and went all out with 19 points.

Alabama did show some signs of life in the third quarter, as Maryland missed its first two shots, and the Crimson Tide made consecutive three-pointers to cut the deficit to 22.

“Coming off the bench really gives me a different perspective of the game,” said Masonius. “I could watch and see the gaps, especially in the zone in the first half, and then the second half, they came out in man.”

Reese shot an impressive 8-for-12 from the field, while Masonius made seven of her eight shot attempts.

Notable final stats for the Terps include 58 points in the paint, 46 bench points, and 33 points off turnovers. The team also finished with a 61.6 field goal percentage and a 69.2 free throw percentage.

This will be the 14th Sweet 16 appearance for Maryland and the ninth under Frese.

“I think it speaks to the consistency of this team,” said Frese. “They’re constantly just making the right play for one another, championship plays that they’re making the game look really easy.”