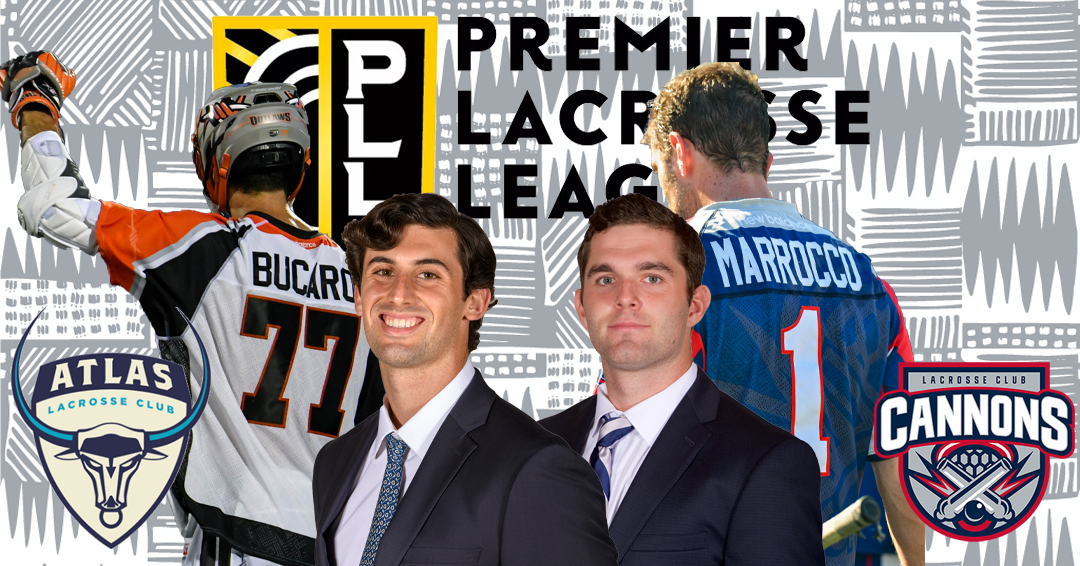 WASHINGTON – Former Georgetown University men’s lacrosse All-Americans Daniel Bucaro (C’19) and Nick Marrocco (B’18) were selected in the Premier Lacrosse League Entry Draft on Thursday night. Bucaro was taken in the first round, third overall by Atlas LC while Marrocco went in the third round, 17th overall, by Cannons LC. The duo joins fellow Hoya All-American Brodie Merrill (C’05) in the PLL who was taken first overall in the Expansion Draft by Cannons LC on March 11.

Following the Entry Draft, the PLL Waiver Wire opens for the Cannons from March 26-29 and is open to the rest of the league beginning March 30. Other former Hoya standouts eligible to be picked up include Patrick Aslanian (B’19), Charlie Ford (C’17), Greg Galligan (B’18), Michael Mayer (B’17), Reilly O’Connor (C’15) and Lucas Wittenberg (B’19).

The PLL College Draft will take place on Tuesday, April 6.