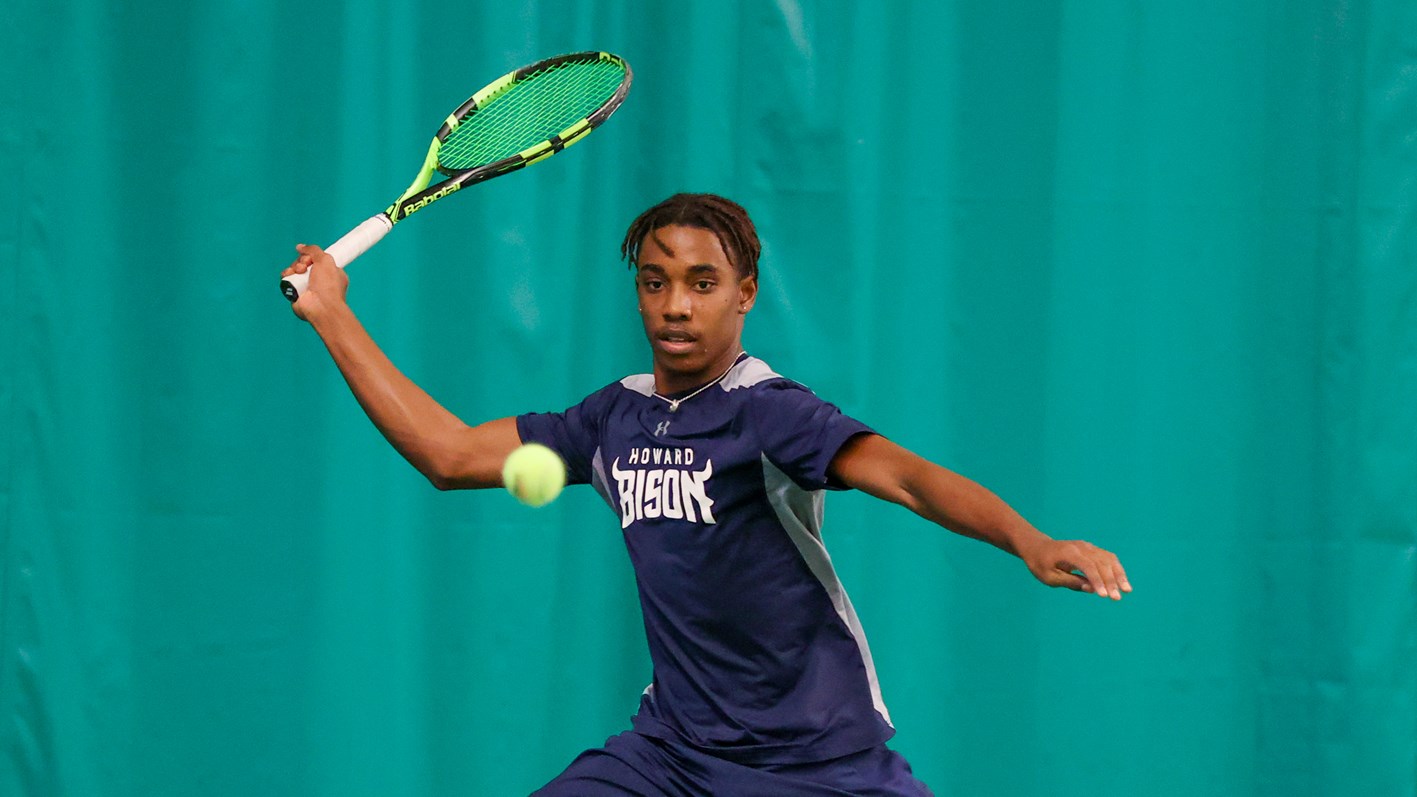 “I was impressed with Romani’s ability to really concentrate in today’s singles win,” said Howard Director of Tennis Nicholas Askew. “He was relentless in his focus to get the job done.”

Senior Roger Lyn (Kingston, Jamaica) served as the team’s No. 1 singles player where he battled, but fell to Mount St. Mary’s’ Jackson Wood in consecutive sets (3-6, 4-6).

“I was particularly proud of the way Pierce, Gabe, and Justin competed today in their first dual and doubles matches as a Bison,” Askew stated. “They really exemplified the ‘Howard Hustle’ culture we are building, and I am looking forward to seeing them continue to develop.”

On April 2, the Bison start league play versus Norfolk State. Match time is scheduled for 2 p.m.