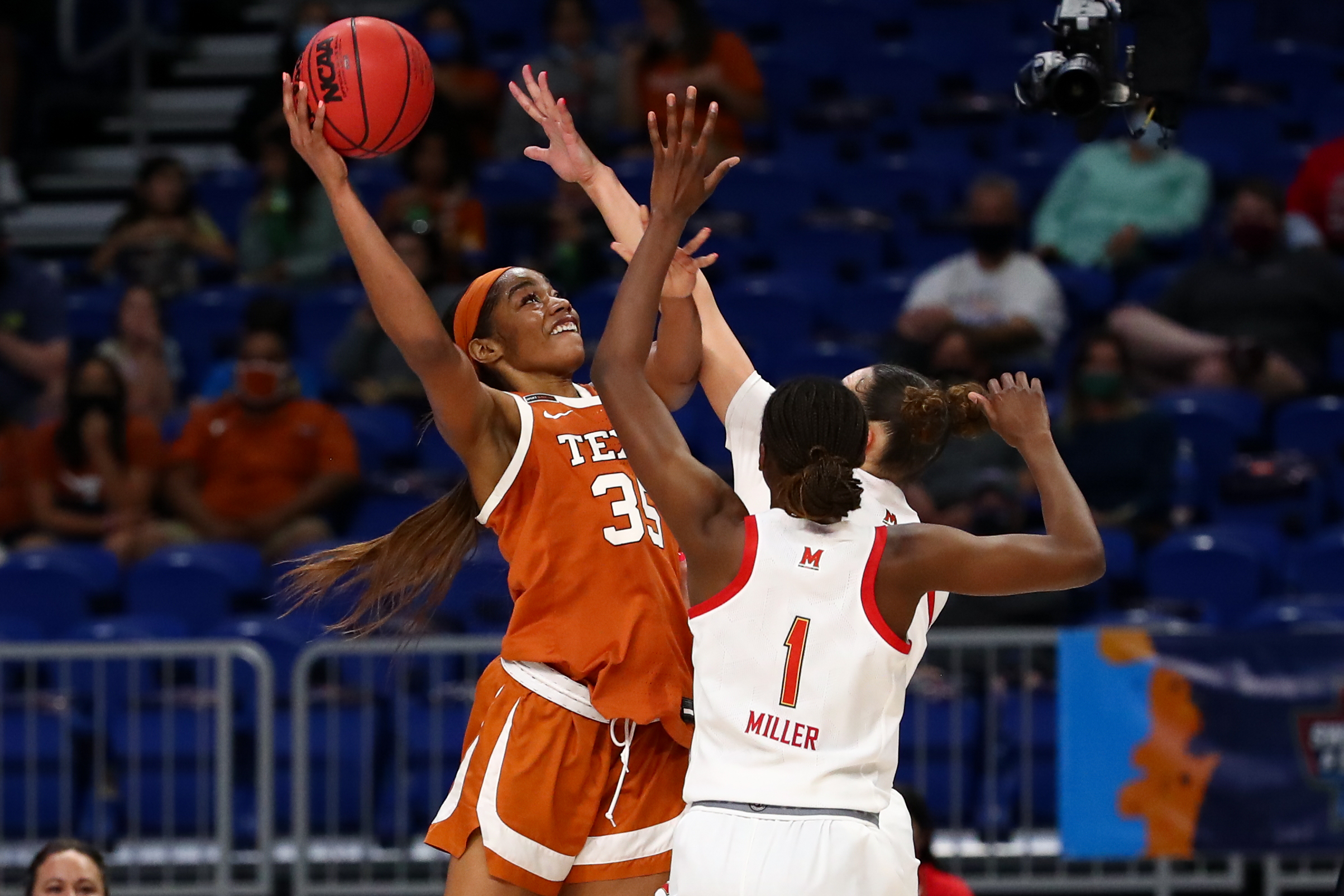 However, against No. 6 seed Texas in the Sweet 16 Sunday night, the Terrapins ran into trouble. Their high-scoring offense came up short in a heartbreaking season-ending upset loss by the score of 64-61 on Sunday night.

“I think you saw some inexperience with our team today,” Maryland head coach Brenda Frese said. “Credit goes to Texas. I thought they were physical; they were aggressive, they turned it into a game of defensive rebounding.”

Maryland started strong as it scored the game’s first nine points. The Longhorns quickly bounced back, going on a 10-0 run, and cut the deficit to 13-12. The Terrapins scored five more points to end the first quarter with a six-point lead.

Maryland did show signs of promise in the second quarter, as they made critical plays, such as hitting 3-pointers and forcing turnovers. The Terrapins led 32-23 at halftime, with junior Diamond Miller led the team with nine points.

Junior Charli Collier became a force to be reckoned in the second half as Texas started a comeback run. Down by one in the middle of the third quarter, Collier scored two free throws to give the Longhorns their first lead of the night.

Both teams traded the game’s control for the rest of the quarter, with Texas ending the period leading 49-47.

Early in the fourth quarter, Maryland senior Chloe Bibby put her team back on top with a 3-pointer. With the game tied at 57 with 90 seconds remaining, Bibby came through again with an offensive rebound and a layup to give the Terrapins a two-point lead.

“I’m so proud of these girls,” said Bibby. “They came out all season and fought. This is the first time that I’ve had the big lights on them for a lot of our team. But I think it’s great exposure.”

With the game tied at 59 with under a minute remaining, sophomore Ashley Owusu had the ball stolen when she attempted to dribble up the court. Texas’ Kyra Lambert retrieved the loose ball and scored the go-ahead layup to give the Longhorns the lead.

Maryland had opportunities to tie it or regain the lead but could not make a basket. In one of their final possessions, guard Katie Benzan heaved a 3-pointer from the top of the arc, but the shot bounced off the rim and landed in the hands of waiting for Texas defenders to solidify their defeat.

“We know we’re better than that,” said Bibby. “We’re just going to use this to fuel us. We weren’t happy with how we played tonight. I think everyone can agree on that.”

Despite the loss, Miller led the Terps with 21 points, while Bibby scored 14 points, and Owusu dropped 10 points.

Maryland had led the nation with 91.8 points per game heading into Sunday night but was held to just 61 points by the stellar Longhorns defense.

Meanwhile, Collier finished the game as Texas’s leading scorer with 16 points, while sophomore Celeste Taylor had 15 points, and junior Joanne Allen-Taylor put up 14.

“There’s just a ton of physicality throughout the entire game,” said Frese, “so that tends to wear on you as the game goes on. A lot of areas that gave us problems tonight.”