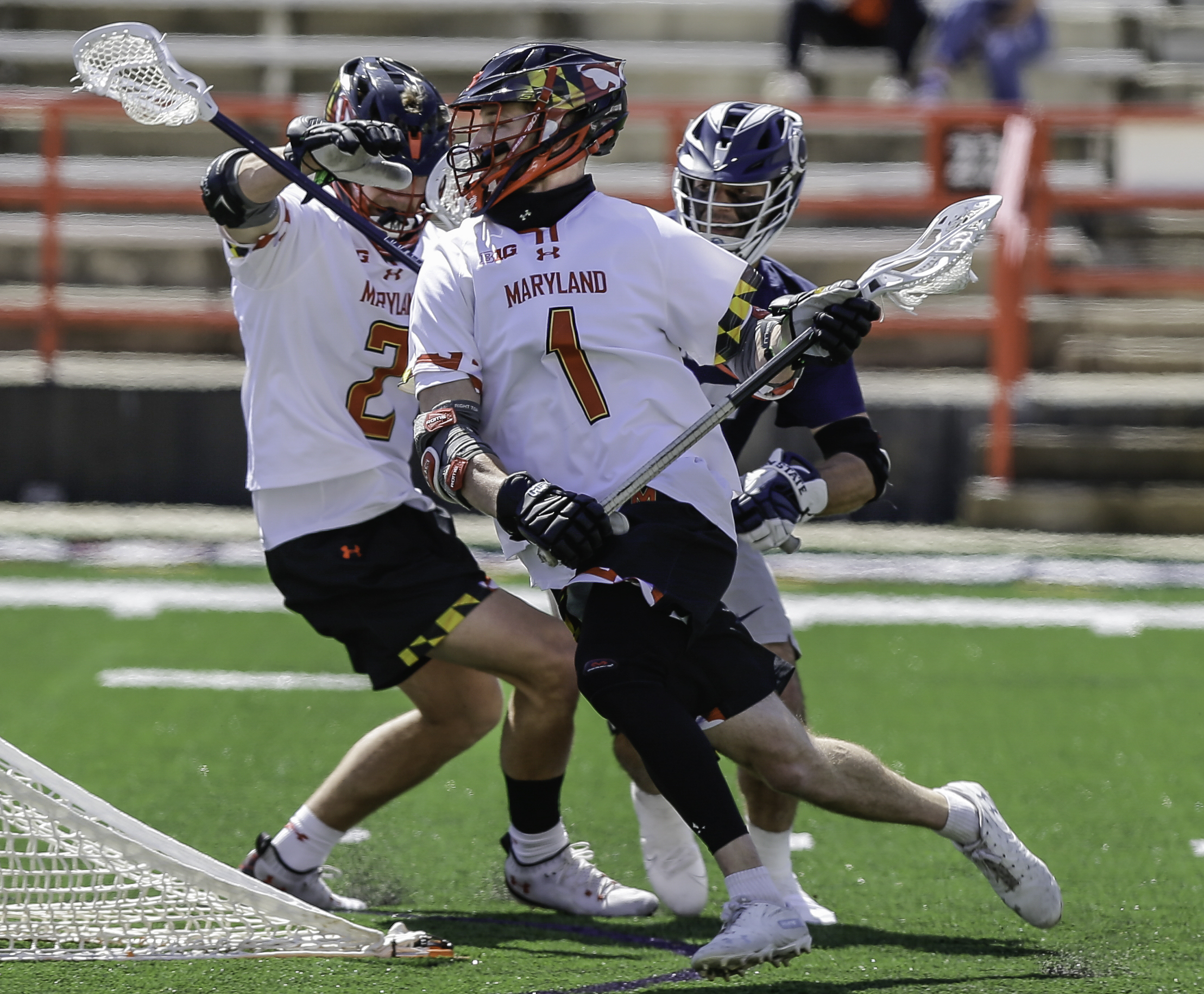 It took the senior two quarters against Penn State to tie and then surpass the 2017 Tewaaraton Award winner as part of a five-goal performance as the Terrapins cruised past the Nittany Lions with a 17-10 victory.

Bernhardt acknowledged passing Rambo in his postgame comments but was excited to discuss the Terrapins’ 7-0 record, their best start since 2014.

Very early on, Penn State (2-5) struck first as Jackson Reynolds put the ball in the back of the net unassisted for the game’s opening goal. Maryland senior Logan Wisnauskas came through scoring two goals to put the Terps up 2-1, just before TJ Malone tied it back for the Nittany Lions.

Maryland proceeded to go on a four-goal run, as senior Bubba Fairman, grad student Griffin Brown, Bernhardt, and sophomore Daniel Maltz all contributed, making it 6-2 with 8:38 remaining in the half. Bernhardt’s goal during that run tied Rambo at 155 career goals.

After two Penn State goals cut the deficit to 6-4, Maryland went on a remarkable seven-goal run.

With 1:39 left in the half, Bernhardt fired from the left side of the net to score his 156th career goal to become Maryland’s all-time leading goal scorer. However, he didn’t stop there, as he notched a hat trick of his own as time expired before halftime, then added two more goals in the third quarter.

“Jared’s worthy of that No. 1 jersey,” Maryland head coach John Tillman said. “I think it takes a lot to wear that jersey because not only is it what you do on the field; it’s what you do off. He’s been exemplary.”

Wisnauskas added his fourth goal in the fourth quarter, while Maltz finished the game with a hat trick, and Fairman added two goals and one assist.

“We just did a good job of preparing this week,” said Makar. “The scout team gave us a great look.”

“Important day for us in so many ways,” said Tillman. “The senior class has done so much for us; happy for them.”

Next up, Maryland will head up to Ann Arbor to face Michigan next Saturday at 1:00 p.m.