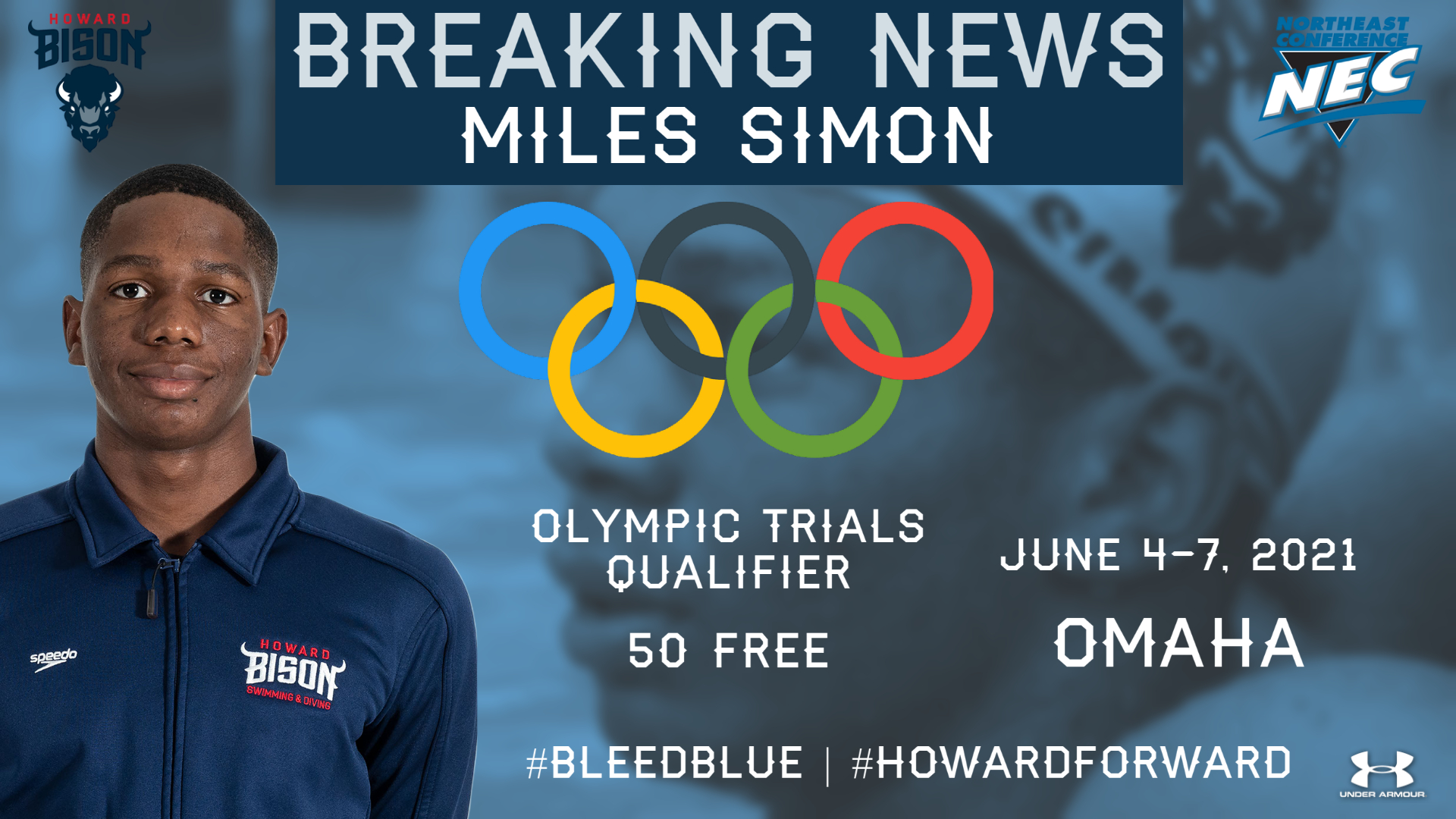 “Having the opportunity to compete at this meet was one of my biggest eye openers,” said Simon. “It allowed me to see and feel what it’s like to compete on a National level with world class swimmers, such as Ryan Lochte and Joseph Schooling. Even though this year’s conditions could have given me the excuses I needed to not train, I understood what I needed to do to reach my goals.”

For his efforts, Simon became only the second Bison in history to qualify for the U.S. Olympic Trials, joining his current coach Director of Swimming & Diving Nicholas Askew.

“The entire team and staff are more than thrilled about Miles’ most recent accomplishment,” Askew stated. “It is fulfilling to see Miles hard work being rewarded. This is another major milestone for our program. We cannot wait to cheer loud and proud from The Yard.”

Academically, Simon was selected to the CCSA Academic Honor Roll.

“I’m thankful for the support of family, friends, and staff/coaches who helped me attain my Olympic Trials cut,” Simon ended.

Howard returns to the pool fall 2021.