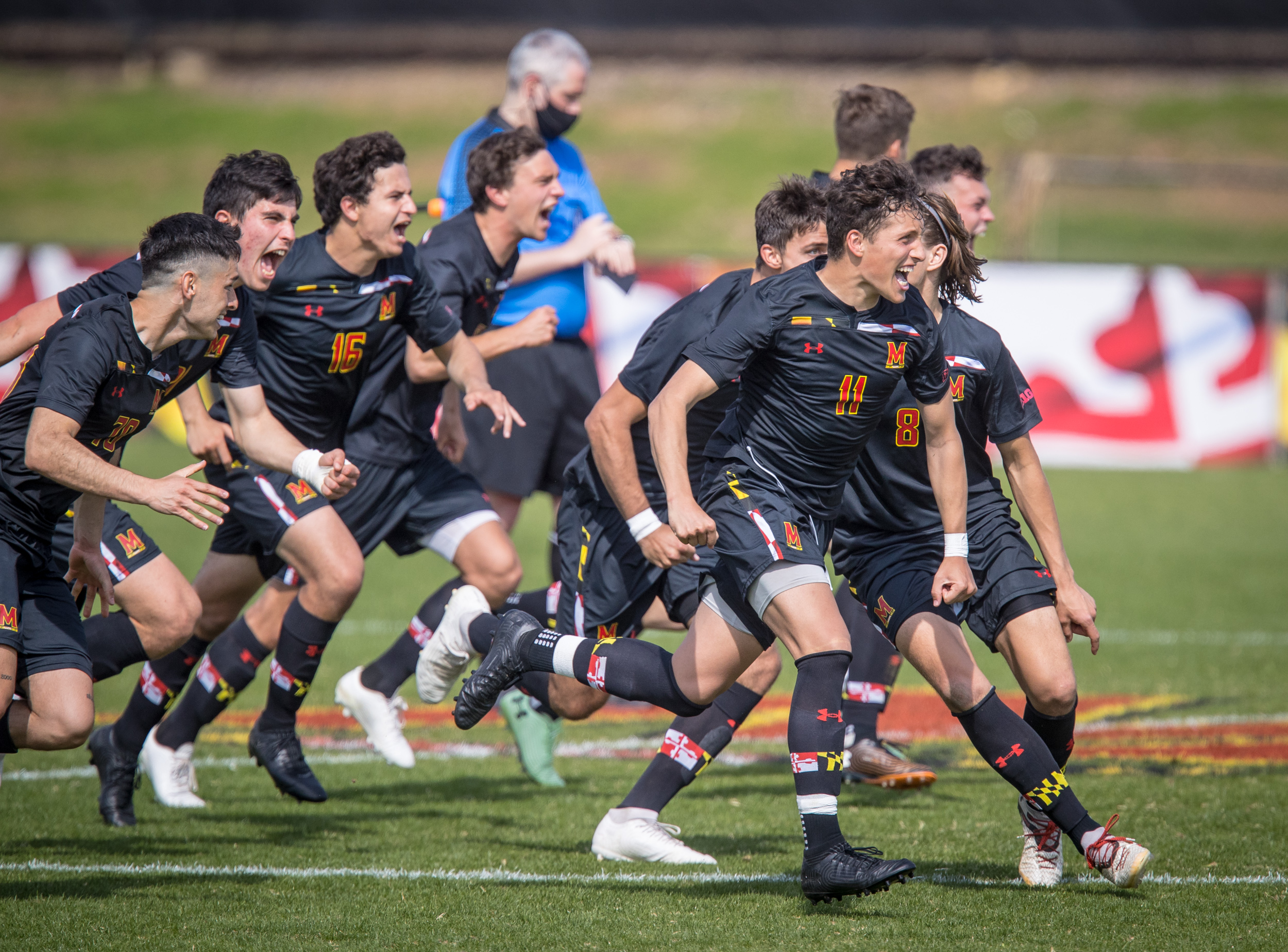 COLLEGE PARK – The Maryland men’s soccer team rallied from a one-goal deficit late in the second half, and redshirt senior Mike Heitzmann scored the game-winning penalty in the sixth round of a shootout to defeat Rutgers in a Big Ten Tournament quarterfinal match Saturday.

Despite being the aggressor throughout the first half and early on after halftime, the Terrapins fell behind after a scissor kick volley goal from Ola Maeland.

With less than eight minutes remaining, junior Justin Gielen curled a right-footed shot into the side netting past a diving Asher Oren for the game-tying goal. It was the DeMatha Catholic High School alum’s first goal since November of 2019.

During the first overtime period, Maryland head coach Sasho Cirovski was sent off after arguing with the referee crew on a potential foul inside the penalty area. Despite his departure, the Terrapins continued its attack-minded gameplan but were unable to find a game-winner.

In the penalty kick shootout, freshman goalkeeper Jamie Lowell denied Anthony O’Donnell in the sixth round, setting up Heitzmann to bury his spot kick for the victory. Lowell finished the game with four saves.

Maryland will travel to face No. 1 Indiana Wednesday night in the semifinals. Kickoff is at 7:30 p.m., and it will be televised on the Big Ten Network.