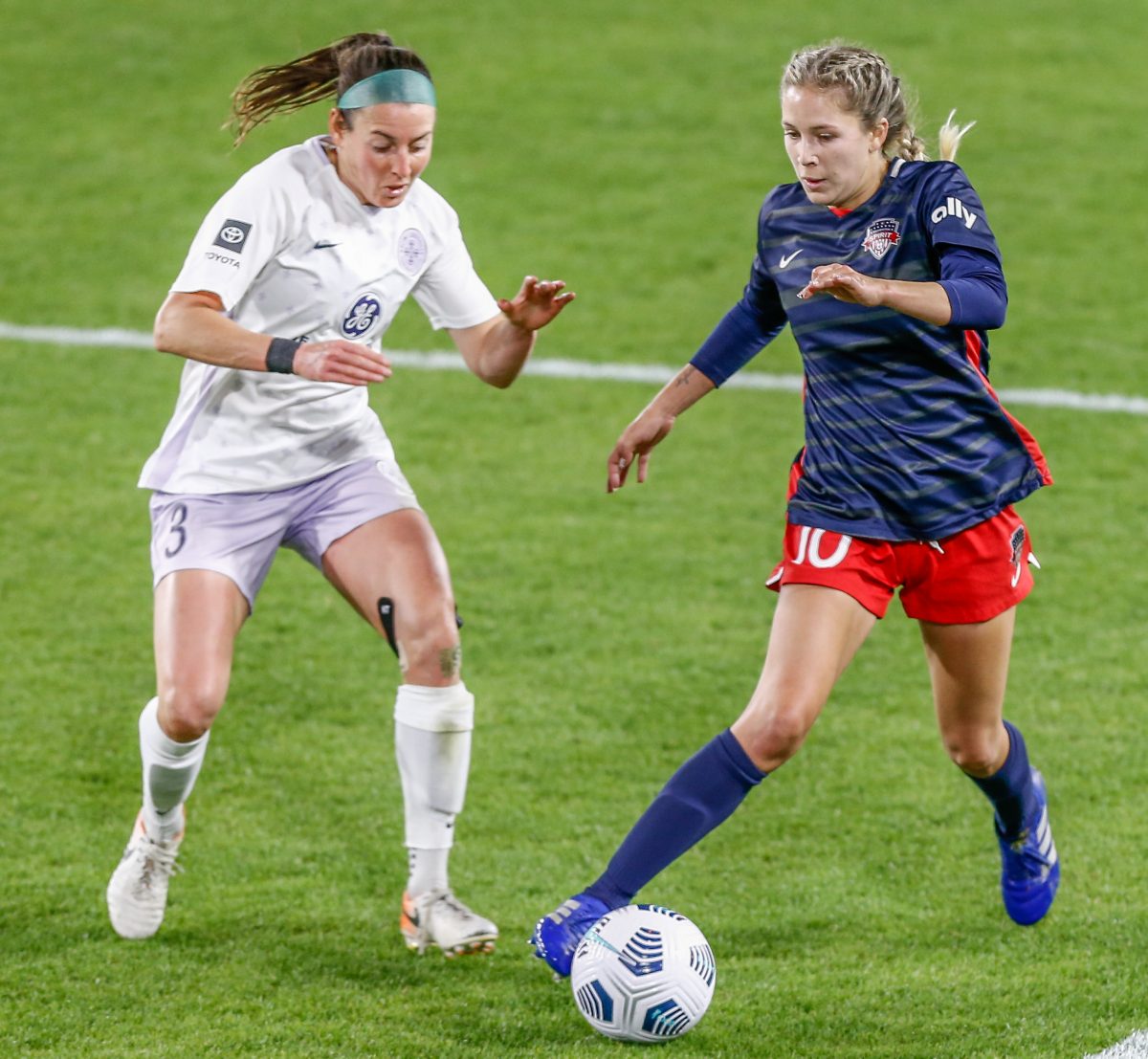 Playing without fans in D.C.’s Audi Field, the Spirit (1-1, 3 points) found their goal in the 93rd minute, as Tori Huster flew past a defender with a spin move in the midfield before lobbing forward a pass to a wide-open Trinity Rodman in the box.

Rodman centered the ball to Ashley Sanchez, whose volley shot flew to the right of goalkeeper Michelle Betos. Despite getting a hand on the ball, it slowly rolled inside the net for the goal.

“We create a lot of chances with each other, and we’re working really well together,” Sanchez said about her partnership with Rodman “It’s going to continue to grow, the more games we get in, and we’re playing with each other.”

Both teams opened the game, creating multiple scoring opportunities to open the scoring, but neither could not get on the score sheet. Louisville’s best chance came in the 20th minute when Emina Ekic cut through Washington’s defense and released a powerful close-range shot from close range. The attempt was quickly denied by goalkeeper Aubrey Bledsoe.

To add more offense, the Spirit adjusted their formation in the second half, switching to a 4-3-3 shape to add more attacks from the wings to support strikers Ashley Hatch, Rodman and Sanchez. The change had immediate results in the second half with all three strikers combining for five shots on goal in a 15-minute span. Washington finished the game outshooting the visitors 18-8, with seven shots on target.

“I think in the first half, especially going forward, we were numbers down a lot, and a lot of the areas of filled with that shift to the 4-3-3.” Huster said. “We were either numbers even or numbers up, and I think that was honestly the game-changer for us in midfield.”

Louisville almost scored on a quick breakaway after CeCe Kizer found Savannah McCaskill for a clear shot but her attempt wide of the goal net. Rodman had a chance to give the Spirit the lead in the 88th minute after dribbling through defender Erin Simon, but her shot also missed the mark.

Sanchez’s game-winner in stoppage time gave the Spirit its first win of 2021 in their new part-time home. The team will play at the Buzzard Point venue while renovations in their primary home at Segra Field in Loudoun County, Virginia, are being completed.

Head coach Richie Burke said his players relishes every time they can play at the D.C. soccer stadium. The win over Louisville is the Spirit’s second victory in four games at the venue.

“We feel like we belong, we feel like a sense of, of top professional venue like this serves as well, because we’re a top professional team.” Burke said. “We have world-class players; we have eight internationals and players you’ve added into my experience and our football team. So, to [be] playing in a venue like this is befitting of their quality and their caliber.”

The Spirit travels to Orlando next to take on the Pride at Exploria Stadium on Wednesday night as part of the Challenge Cup.