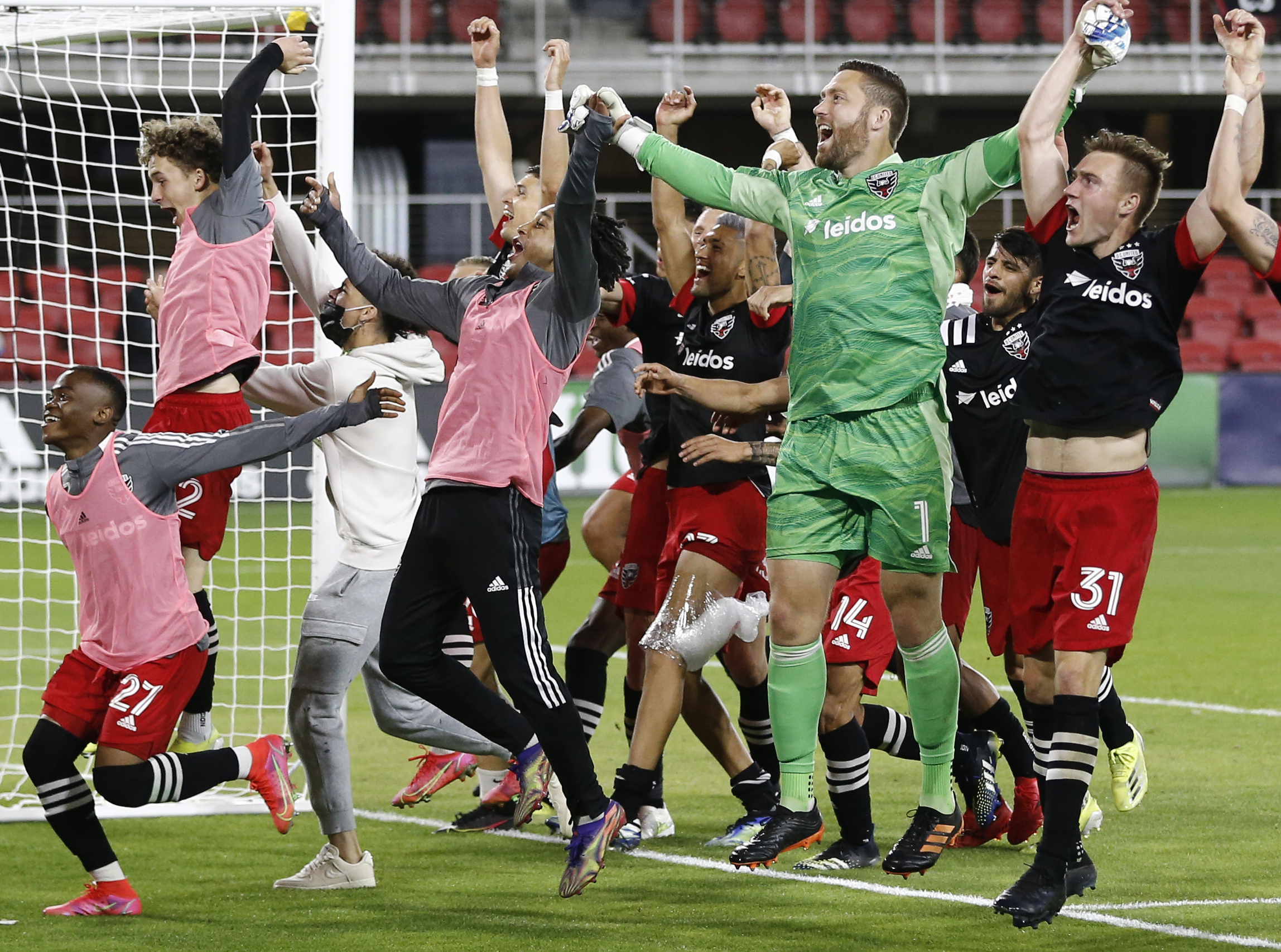 With 4,500 fans in attendance at Audi Field for the first time in over a year, United held off a Pigeons comeback to start the 2021 season on the right foot.

The win overwhelmed Losada, who was seen acting jubilant with his assistant coaches after every goal. After challenging his team in a physically challenging and demanding preseason, the new head coach said the win was a well-earned reward for his players.

“I am coming to a new league, to a new club, to a new culture with tons of energy,” Losada said. “When I see my team playing…I am very proud. I am proud because they run until the very last second, they entered every duel like it was their last one, and that is the only way for D.C. United.”

Playing a new high pressing style, United (1-0) started the game with new faces in their starting lineup, including two players making their debuts. But, it would be New York City (0-1) that started aggressively on offense.

In the 15th minute, NYCFC’s Anton Tinnerholm starting a counterattack down on the right side of the field before releasing a low diagonal pass to Valentín Castellanos. The Argentine got a soft right-footed shot from inside the goal box to roll past the goal line for the score.

It would take 31 minutes before United responded as Joseph Mora ran down the middle of the field before releasing a long-range shot, forcing goalkeeper Sean Johnson to smack the ball out of bounce.

Moments later, as Junior Moreno held off a New York City defender to keep possession, he laid off a pass to new signing Brendan Hines-Ike. The defender fired off a one-time from over 30 yards away past a diving Johnson to score the tying goal.

With five minutes remaining before halftime, D.C. would strike again as Russell Canouse connected with a right-footed volley. The ball would bounce off the ground before crashing inside the net to give United a 2-1 lead heading into halftime.

“Us going down 1-0 was very deflating, and I don’t think if we don’t have fans there, it is a little tougher to come back,” Canouse said. “I would like to say we would have gone about it the same way, but I definitely credit our fans for giving us support and really pushing us.”

The demands of playing an up-tempo style began to wear on United around the 70th minute. New York City had multiple attempts to score, but with quick saves by Seitz and the energy brought on by late substitutions, United held on for the win.

Losada said he needs to watch the match a couple more times before giving a proper assessment of what changes need to be made before playing at New England on April 24.

However, seeing how his players’ resolve through the fatigue to earn the win, he feels optimistic about their outlook for the rest of the season.

“If we can get out of our block and press within the second half with leads and really close the game out, that’s the next step to this,” Canouse said. “But I was super impressed with every guy on the team and how they worked their butt off tonight.”