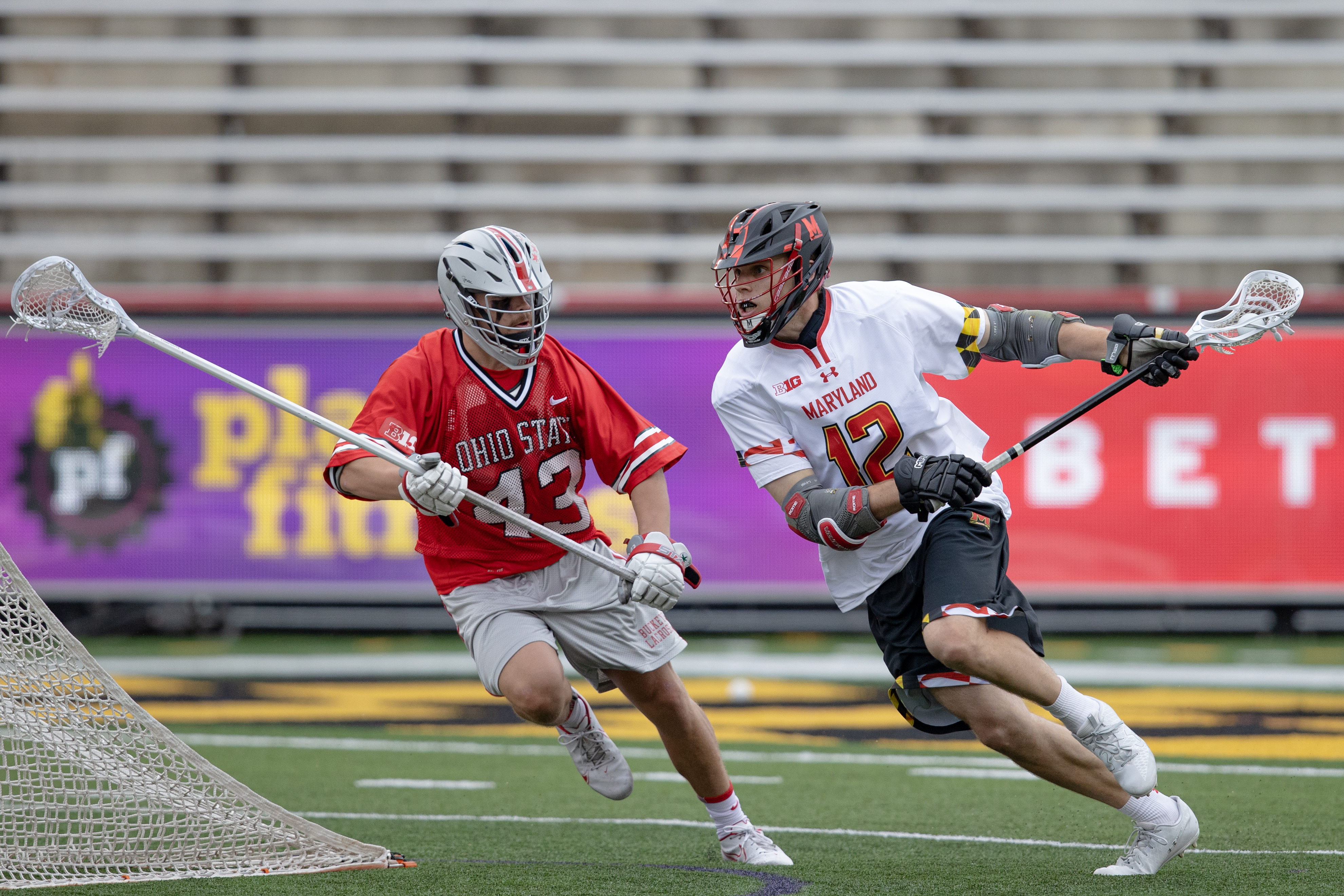 By defeating the No. 12 Buckeyes, the Terrapins (9-0) clinched their fifth regular-season Big Ten Championship.

“It was a team win, team defense, offensively guys sharing the ball being selfless, and just having that many fans in the stands was just awesome,” said Maryland head coach John Tillman.

Within the first 27 seconds, Terps senior Logan Wisnauskas scored the first goal of the game. Ohio State responded right away with a two-goal run when Jackson Reid and Johnny Wiseman added a tally each to take a 2-1 lead.

As the Buckeyes cut the lead down to one goal, the Terrapins went on a remarkable seven-goal run, with senior Jared Bernhardt scoring three straight goals for a hat trick, while Maltz added his second goal of the game. The effort allowed Maryland to enter halftime with a commanding 8-3 advantage.

Maryland’s dominant play continued into the third quarter and was on display in a variety of ways. After making a critical save, sophomore goalie Logan McNaney looked to clear Maryland’s defensive half as he ran up the field.

Unexpectedly, the sophomore elected to launch the ball 60 yards down the field, causing it to bounce into the open net for a goal.

“When we have practice, we practice to clear a lot,” said McNaney. “I think doing it in practice allows you to do it in a game, and sometimes after practice, guys will have a competition to shoot it from [the] end of the field, try to get it in.”

Following the stunning goal, Maltz capped off his hat trick, while Demaio scored his second goal of the game to make it 11-3 in favor of the Terrapins.

Bernhardt added three more goals in the second half, extends his all-time Maryland goals record to 170. With seven points against Ohio State, he now has 248 in his career, inching closer to Matt Rambo’s career points record of 257.

“This place is so special,” said Terps senior Bubba Fairman. “I think this year has summed it up for me. The sacrifices we’ve made and have continued to make have been unbelievable, and it just goes to show how much people care about this place and how much this place means to us.”

Maryland has a chance to finish the regular season undefeated on the road against rival Johns Hopkins on Saturday at 2 p.m.