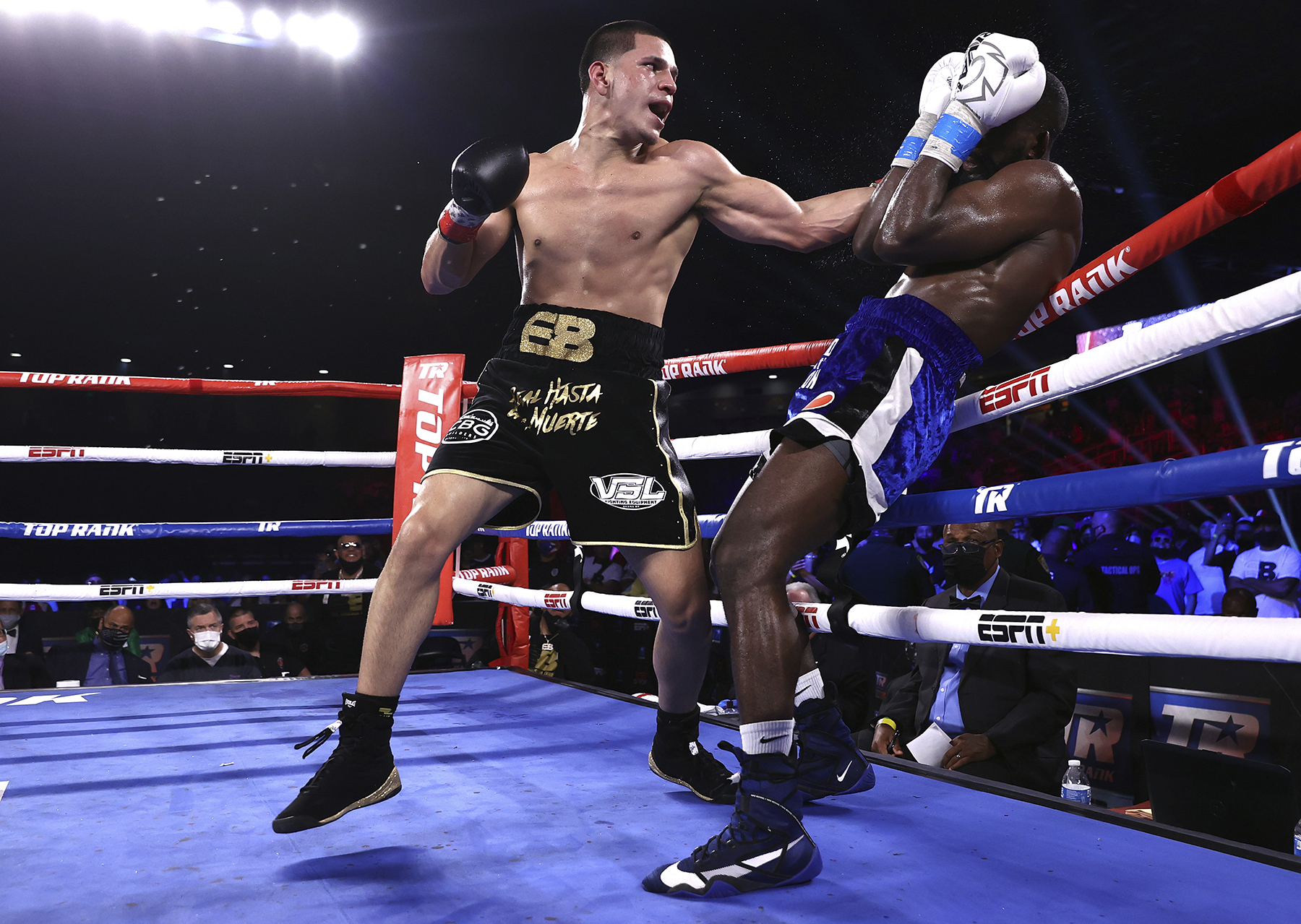 On Saturday night, in Kissimmee, Florida, Laurel native Demond Nicholson (23-4) did something against Edgar Berlanga that no other opponent has done, surviving the first round.

Berlanga had knocked out every opponent in the first round of his previous 16 pro fights, and he is now 17-0 after winning a unanimous decision over Nicholson. The judges scored the fight 79-68 and 79-69, twice, all for Berlanga, 23.

Berlanga tried his best to keep his first-round knockout streak going, but Nicholson would have none of it. Berlanga landed some hard shots in round one, but Nicholson hung in there.

“I gave myself a grade of C,” Berlanga said. “I could have done a lot better. My trainer wanted me to throw more jabs and more right hands. Since I did not follow instructions, I had to do some push-ups after the fight.”

Berlanga knocked Nicholson down four times in the eight-round fight. The most devastating punch came in the last few seconds of the final round.

Berlanga caught Nicholson with a short, compact right hand that Demond did not see, and he landed flat on his backside. He may not have survived that punch, but the bell sounded that ended the fight.

The fight was never close.

Nicholson was game but was in survival mode all the way. His best round was the seventh when he rocked Berlanga with a good one-two combination and a stiff right hand.

“I was glad to get some experience in this fight. I needed to go the eight rounds and prove I still had power late in the fight,” said Berlanga. “I am only 23, and I am a future champion.” Berlanga is from Puerto Rico but fights out of Brooklyn, New York. Puerto Rico was in the house, and I wanted to knock him out for my people.”

Nicholson is 28 and showed the boxing world that he is a tough fighter worthy of some good fights and possibly a title shot. He had nothing to hang his head over.