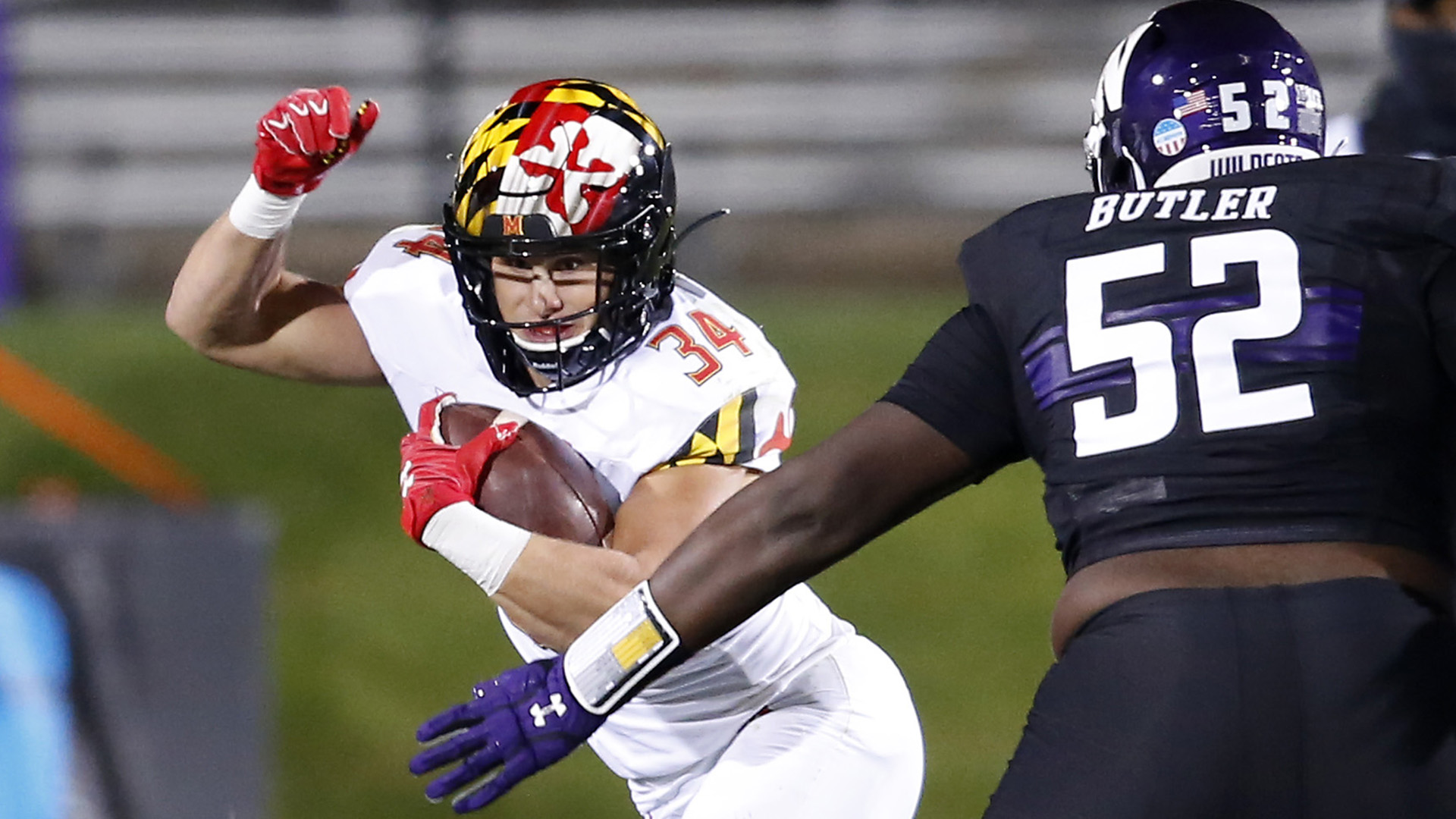 COLLEGE PARK, Md. – University of Maryland running back Jake Funk was selected by the Los Angeles Rams in the seventh round of the 2021 NFL Draft on Saturday. Funk was notoriously played for Damascus High School in Montgomery County during his high school playing career as a local prodigy.

With Funk’s selection, the Terrapins have now had a player chosen in four straight and 25 of the last 27 NFL Drafts.

A Maryland running back has been selected in three straight NFL Drafts with the Pittsburgh Steelers taking Anthony McFarland Jr. last year and the Detroit Lions choosing Ty Johnson in 2019. Funk is the 16th Terrapin running back all-time to be selected in the NFL Draft.

Funk made the most of a shortened senior season, leading the FBS in yards per carry (8.60 ypc w/ at least 60 rushes) and ranking second in the Big Ten and eighth nationally in rushing yards per game (129.0). In four games played in 2021, Funk rushed for 516 yards and posted four touchdowns, while ranking second in the conference and 16th nationally in all-purpose yards per game (146.0).

Funk, a three-time Academic All-Big Ten selection, had his breakthrough game in Maryland’s come-from-behind 45-44 overtime win over Minnesota in October. Funk rushed 21 times for a career-high 221 yards and a touchdown, while catching a career-best five receptions for 31 yards and another touchdown. His 221 rush yards were the 11th-most ever by a Terp in a single game.

Funk would go on to rush for another 80 yards and a touchdown in a win over Penn State the following week and then cap his career with a 180-yard rushing performance and another touchdown against Rutgers en route to being named Third Team All-Big Ten.

Courtesy of University of Maryland Athletics