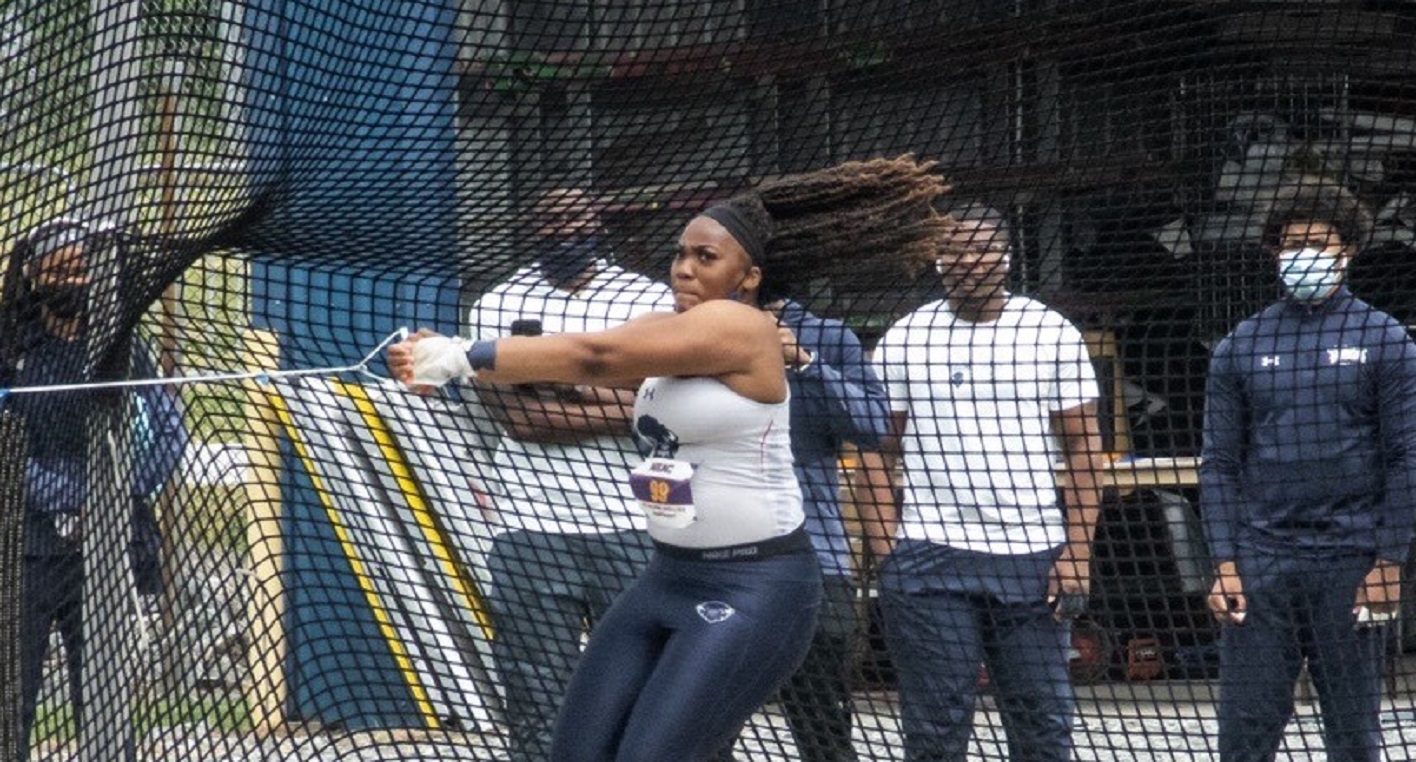 After earning a spot in the 200-meter final, senior sprinter Jessika Gbai (Philadelphia) clinched an entry into the 100-meter dash final with a non-AQ time of 11.59.

After scoring no points on Day One, Howard sits tied for fourth in the standings with 24 points. Effiom led the Bison with 10 points from her win in the hammer, followed by Joyner with eight points in the long jump.

To view all the results from Day Two of the MEAC Outdoor Championships, please click here.

Director of Track & Field David Oliver and the Bison conclude the weekend with Championship Saturday at the MEAC Outdoor Championships in Greensboro, N.C. on the campus of North Carolina A&T State.