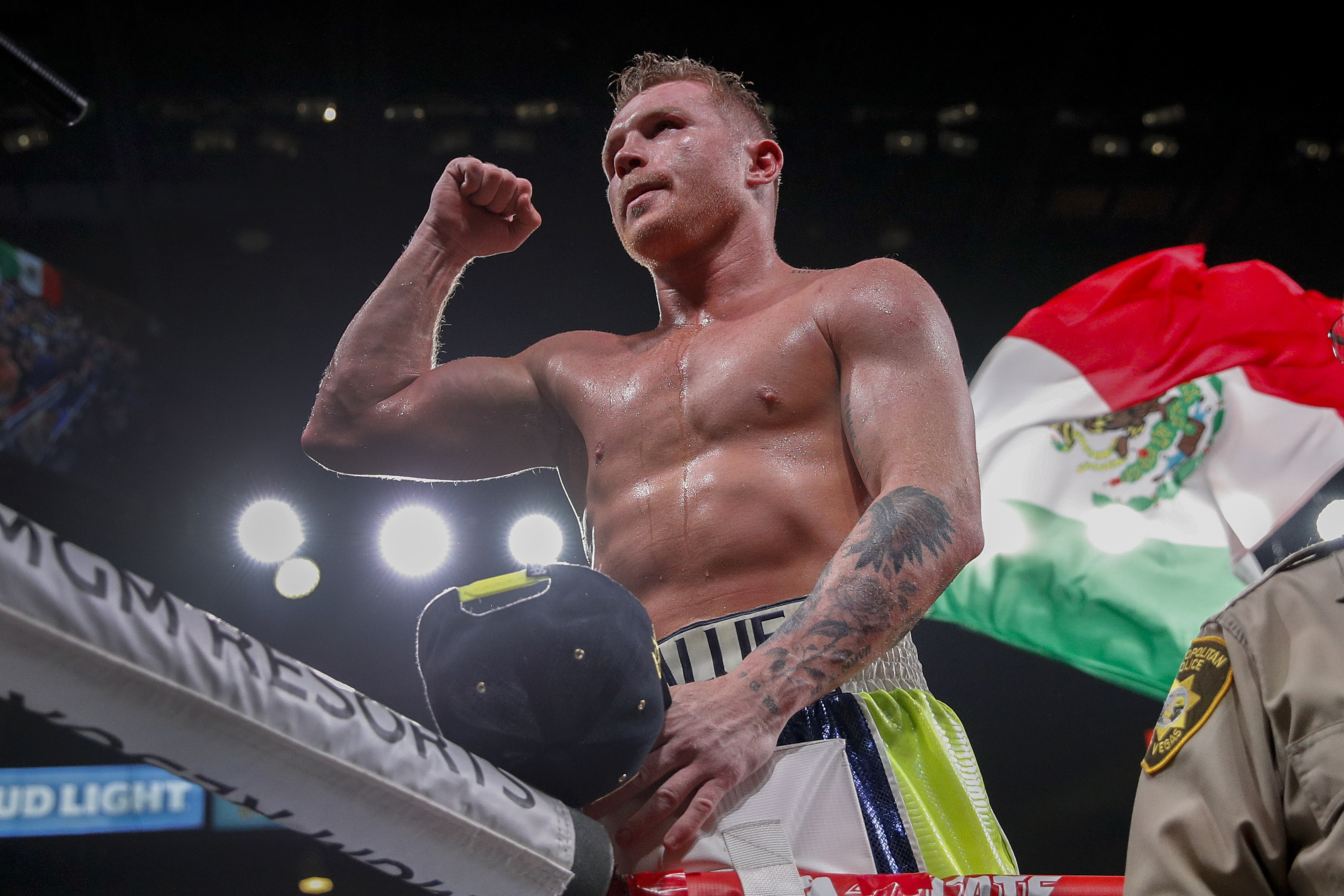 ARLINGTON – When a fighter gets in the ring against Canelo Alvarez, he must come with the highest concentration level.

Alvarez (56-1-2) is entering his prime and knows the situation when entering a championship fight. Problems during the early rounds don’t shake his confidence, and he never panics. As the bout goes on, he throws each punch with bad intentions.

Before his fight against Billy Joe Saunders (30-1), the Mexican predicted he would end the bout by the seventh round. It would end following the eighth round after referee Mark Calo-oy called the fight after Saunders could not see out of his right eye and did not get off his stool.

Saturday’s victory will go down as a TKO in front of over 70,000 fans at AT&T Stadium in Arlington, Texas.

Happy with the win but tired after the fight, Alvarez struggled to fit his four championship belts – the WBA, WBC, WBO and the Ring Super Middleweight titles – around his body. However, despite the fatigue, the Mexican held up his titles as a display of dominance.

“I said the fight was going to develop before the seventh or eighth round, and that’s what happened,” Alvarez said. “But it wasn’t as difficult as I expected, and that proves that my preparation has improved day by day.”

All three judges had Alvarez winning the fight after seven rounds. While the judges awarded the challenger a few rounds to Sanders, the champion said he “was never hurt” by his opponent.

The end came in the seventh round as Alvarez countered a Saunders right hook with a right-handed hook-half uppercut that caught the British fighter directly on the right eye.

The preliminary medical report was an eye injury that closed so fast Saunders could not see, and his corner informed the referee. Saunders was taken to a local hospital.

During the bout, the British southpaw landed several stiff jabs and connected with a left to Alvarez’s face in the middle rounds.

Yet, none of Saunders’ shots hurt Alvarez, who continued throwing hard punches.

Alvarez’s win continues a historic run, which has few detours. He has one loss on his record: against Floyd Mayweather in 2013 when Alvarez was 23 years old. His first fight against Gennadiy Golovkin in 2018 – considered by some a loss for the Mexican – ended in a split draw.

He has several options, including a third fight with Golovkin, but all signs to Caleb Plant. Plant holds the IBF Super Middleweight title, the only belt Alvarez does not have.

Alvarez is looking to become the first Mexican fighter to be undisputed super middleweight champion (168 pounds) in history. He is scheduled to fight again in September.