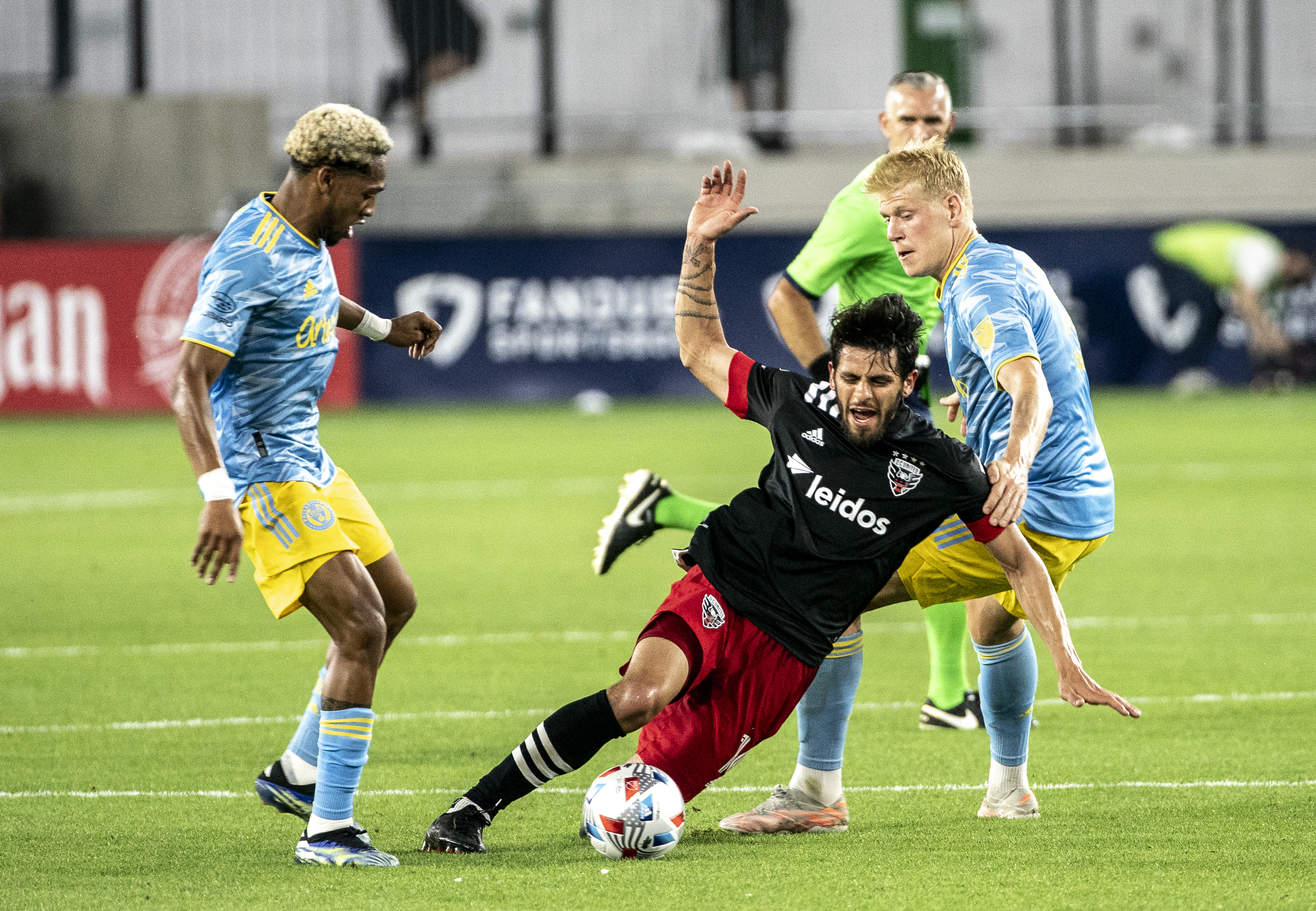 WASHINGTON – As the referee blew the final whistle Sunday night, multiple D.C. United players dropped to the ground, filled with exhaustion but disappointment.

United dominated offensively for the second consecutive match, outshooting the Philadelphia Union (17-7) while limiting the visitors’ opportunities to score. However, it was not enough as a Kacper Przybylko goal moments before halftime was enough as the Union escaped D.C. with a narrow 1-0 victory.

With the result, United (2-5) ends its three-game homestand with two losses and one goal in over 180 minutes of game time. Head coach Hernan Losada said while D.C.’s play continues to get better under his offensive style, the lack of goals with all their chances is getting “frustrating.”

Less than a minute into the match, midfielder Edison Flores grabbed onto his left hamstring after getting caught in a loose-ball challenge with a Philadelphia defender. United was forced to burn a substitution early, bringing on Julian Gressel three minutes into the match.

Despite the early change, United fired off multiple chances on goal, including a Paul Arriola free kick that forced Andre Blake to make a one-handed save.

Defensively, D.C. made critical clearances to keep the game level. When the Union’s Jamiro Monteiro’s siding shot drifted towards an open goal, defender Brenden Hines-Ike stopped the attempt with his chest, giving goalkeeper Jon Kempin time to grab onto the loose ball.

Just a minute into stoppage time, Philadelphia pressed forward as Monteiro chipped the entire United backline to find Przybylko wide open for a left-footed goal. The play was called offside but overturned by VAR to give Philadelphia a 1-0 lead heading into halftime.

“Too many times we gave them time on top of the box, and that time, they capitalized, and we go down 1-0 again,” said midfielder Russell Canouse. “It is frustrating because I felt that we had a good first half, and we created a lot.”

As the second half progressed, United remained dominant offensively but lacking its scoring touch. The inclusion of Ola Kamara and Kevin Paredes brought on additional firepower, with the latter attempting a right-footed shot over the entire Union defense, forcing Blake to make another one-handed save.

United finished the match with seven shots on target while most of their opportunities flew away from the goal net. In the match’s final moments, Gressel volleyed in a cross to Felipe Martins for a header. The attempt caused Blake to dive once more, but the ball rolled away from the left goalpost, preserving an away win for the Union.

United has one game remaining, against Inter Miami, before the international break. When asked about the upcoming matchup, Losada said United must “give our lives to get the three points” before the two-week hiatus.

“Soccer is about scoring goals,” Losada said. “When you create chances, you always have opportunities to win games, and we had chances…But this is football, and I am sure that sooner or later, those opportunities will be reproduced as goals and in points.”