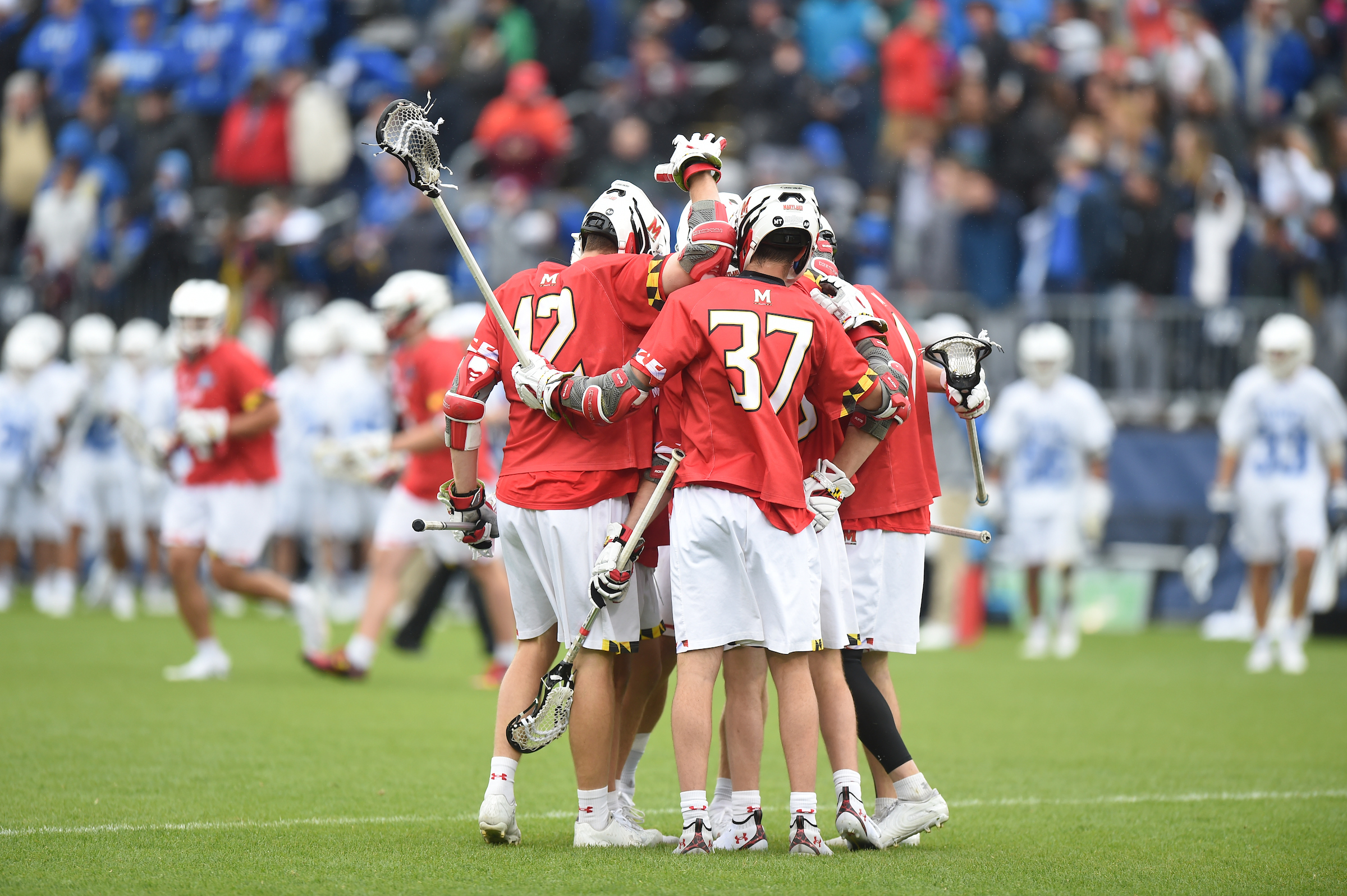 COLLEGE PARK– In a battle against former ACC rivals in the NCAA Men’s Lacrosse National Championship Monday, Maryland and Virginia battled in a competitive affair worthy of their top five rankings.

In the end, the Cavaliers’ third-quarter scoring run was enough to stave off a late Terrapin rally for a 17-16 victory to win their second consecutive national title.

The loss, Maryland’s first in the 2021 season, culminated a weekend of exciting play from Maryland, who entered the tournament as a No. 3 seed despite their undefeated run through the Big Ten Conference.

In Saturday’s semifinals, the Terrapins (15-1) quickly knocked out No. 1 Duke 14-5. While Maryland’s defense limited the Blue Devils to a season-low five goals, its offense dominated their old rivals. Senior Jared Bernhardt scored five goals while the Terps went on a seven-goal run that lasted through the third quarter.

“Our offense is one of the best in the country,” Maryland senior Nick Grill said on Saturday. “They always get us ready, they always sharpen our skills, make sure that we’re ready to go on weekends.”

The last time Maryland faced off against their regional counterparts was the 2019 quarterfinals, where the Cavaliers won in overtime with a late rally and a controversial call. The Terrapins, looking to win their second national title five years, jumped out first with junior Kyle Long assisting sophomore Daniel Maltz for the game’s opening goal.

Both teams battled back and forth in a thrilling first quarter, matching each other shot for shot and ending the period tied 4-4.

However, the last two goals during the rally, belonging to Virginia (14-4), became a part of a six-goal run featuring two scores by Connor Shellenberger to give the Cavaliers an 8-4 lead with 8:33 left in the half.

“We knew it wasn’t going to be easy,” said Maryland junior Brett Makar. “Credit to them. When they got momentum, they took advantage of it.”

Bernhardt fought back for Maryland, scoring two consecutive goals, while grad student Griffin Brown’s tipped-toe effort cut down the deficit further. However, Payton Cormier scored his second goal of the game to give Virginia a 9-7 lead heading into halftime.

As both teams battled to regain control of the contest in the third quarter, Wisnauskas put up three more goals for Maryland, including the game-tying goal after a Bubba Fairman assist.

However, Virginia powered back into the lead with a five-goal run. With less than 12 minutes left, the Calivers had the largest lead of the game at 16-11 as Maryland watched its perfect season slipping away.

“Defensively not our best performance,” said Makar. “We made a couple stops when we needed to, but we needed to make more, and it wasn’t enough today.”

Wisnauskas added his fifth goal with 6:13 left, starting a late comeback for Maryland, as Maltz, Fairman and Anthony DeMaio cut the deficit to one goal with under four minutes left.

However, the rally was not enough for the Terrapins. Virginia’s Matt Moore added his fourth goal made it a two-goal game. DeMaio fired a quick shot into the net with 10.8 seconds left to cut it to one goal again for Maryland.

Despite winning the ensuing faceoff, Maryland’s game-tying shot by sophomore Luke Wierman was denied by Virginia goalie Alex Rode, sealing the national championship for the Cavaliers.

The game was the last for Maryland’s duo of Wisnauskas and Bernhardt, who were lynchpins to its offense. Looking back on the pandemic-riddled season, Wisnauskas said that he’d remember his teammates’ discipline and sacrifice through the year.

Bernhardt has done everything for Maryland, head coach John Tillman said, from being nominated as a Tewaaraton finalist to becoming the new record holder in career points, goals, and single-season goals in school history. Despite battling personal challenges away from the field, Tillman said he hopes his attacker is recognized for his efforts.

“With the passing of his father, coming back and getting time with mom, he was so focused and dialed in, and I know Jim Bernhardt’s looking down smiling,” said Tillman.