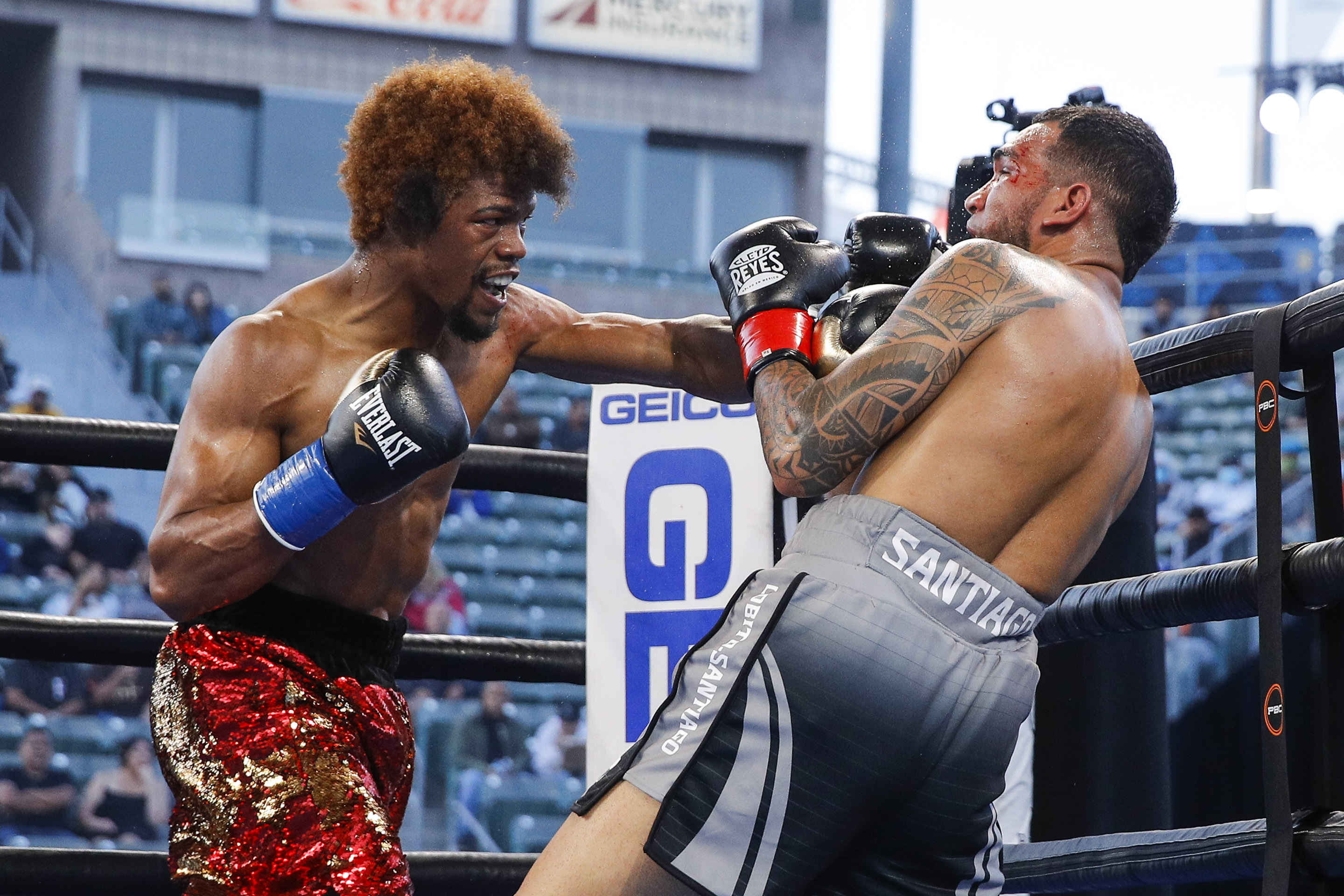 CARSON – During the pandemic, the Russell boxing gym in Capitol Heights, Maryland, was closed to the public but remained open to the family of boxers. Trainer and father, Gary Russell Sr. was anxious for his sons to get back in action once the sport began scheduling fights again.

Gary Antuanne Russell (14-0, 14 KO’s), who had gone 15 months without a fight, was one of the first in the family to get back in action May 29 when he took on super lightweight Jovanie Santiago.

Despite never going past the fourth round in any fight in his career, Russell used a fast start to his advantage, attacking the experience Santiago for the victory in Carson, California.

The 2016 Olympian attacked with a stiff jab and a hard straight left hand in the first two punches of the fight, stunning Santiago (14-2-1). Following his opening-round assault, Russell continued his aggressive gameplan, stopping his opponent while throwing every punch in his arsenal.

“Santiago throws a lot of punches, and we were prepared for that,” Russell said. “He is a tough guy. We saw the punches that would be there in his fighting style.”

In the fourth round, the southpaw landed a body shot, followed by a right hook, catching Santiago on his face and put him on the canvas.  While Santiago, 31, was able to finish the round, he could not stop the early dominance by Russell.

“We talked about that in the corner,” said Russell Sr. “I told him to attack downstairs and come quickly with the right hook.  It was there.”

Before the seventh round, Santiago’s corner told referee Sharon Sands that their fighter would not come out of his corner, giving Russell the corner stoppage win.

After the fight, he acknowledged Santiago’s bout with former world champion Adrian Broner, which went all 12 rounds. Russell said he was prepared to go more than four rounds, something he has only done in camp.

“I did what I had to do…. I dominated with style,” said Antuanne.  “We knew Broner did not get him out, and I wanted to accomplish more than Broner did.”

“We go 15 rounds, wide-open during camp,” Russell Sr. said. “People are just used to seeing Antuanne get his opponents out early, but he is improving every fight,”

The elder Russell said his son earned a B+ performance, adding that he “broke him down with body shots, combinations and pressure all night.”