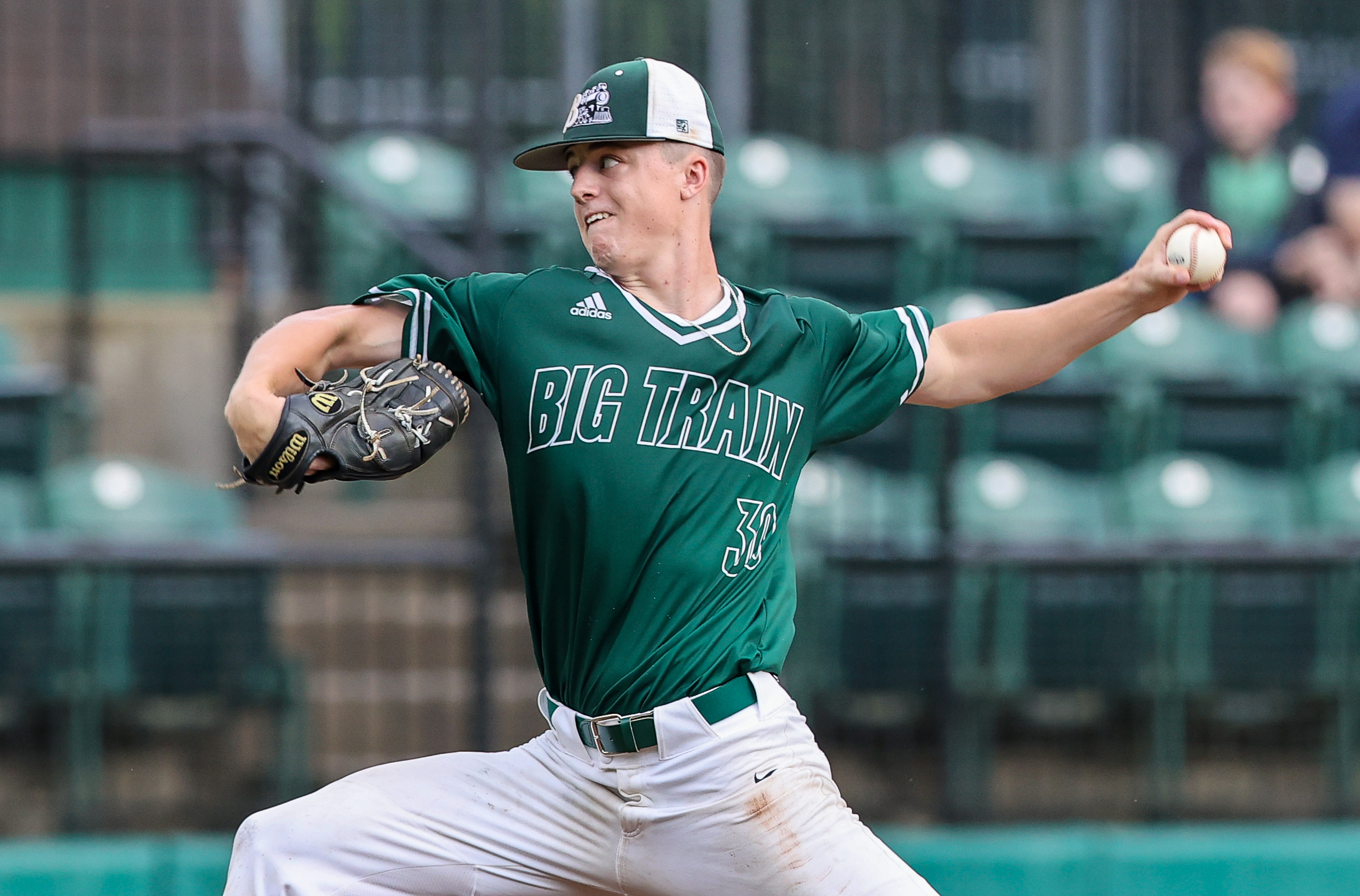 BETHESDA – The Bethesda Big Train showed its dominance of the Cal Ripken Colligate Baseball League with a doubleheader sweep of the Alexandria Aces Saturday, June 19, at Shirley Povich Field in Montgomery County, Maryland.

The Big Train easily won the first game by a blowout score of 13-1. Bethesda scored 11 runs in the first two innings. Kyle Velazquez collected three hits while Ryley Johnson drove in two runs in the rout.

While Game Two was slightly more competitive, the Big Train remained dominant in an 8-4 win over the Aces. Bethesda struck first in the bottom of the first inning when outfielder Matt Thomas advanced to first on an error by Alexandria’s shortstop Adam Tellier. Outfielder Ryley Johnson and shortstop Austin Gauthier made their way to home plate for the early 2-0 lead.

Bethesda had a chance to score more runs with the bases loaded in the bottom of the second, but both Gauthier and designated hitter Darius Foster struck out.

In the bottom of the fourth, Big Train first baseman Christian Martin advanced to first on an Aces error, leading to Velazquez to run home. Two at-bats later, Gauthier singled to left field to drive in two more runs to extend Bethesda’s lead.

The University of Maryland senior felt happy to be playing for the local Big Train this summer following last year’s canceled season.

“This is a great environment to play in,” said Gauthier. “A lot of fans, great guys that I’m playing with, makes it very easy to enjoy it.”

Bethesda’s shutout continued the following inning, as Doyle hit an RBI single. Then, with Martin up to bat, Doyle advanced to third base on a wild pitch and eventually ran to home plate on another error to extend the shutout by seven runs.

However, the shutout disappeared in the top of the sixth when Tellier stole third and eventually scored on an error to put Alexandria on the board. Bethesda was able to put up one more run in the bottom of the inning when Nolan Schanuel singled to right field to send home outfielder Brady Gumpf.

Before the Big Train could close it out, the Aces (5-4) started a small comeback attempt when both Tellier and second baseman Garrett Farquhar hit RBI singles to drive in two runs, and Farquhar scored on a wild pitch.

Big Train pitcher Kemp Alderman was able to get the final strikeout to seal it and improve the team’s record to 10-2 on the season.

“That’s a great fight for our team,” said Alexandria manager Chris Berset. “They’re fighting till the end, and I’m very proud of them.”

Batting-wise, Trevor Doyle was solid at the plate, going 2-for-3 with an RBI and two runs.

Starting pitcher Grayson Hitt was outstanding on the mound, as he struck out eight batters through four innings.

“He did very well,” said Gauthier. “I love playing behind him. He’s always competing and always throwing strikes, and it makes it very easy for a defender, just being focused and locked into the game.”