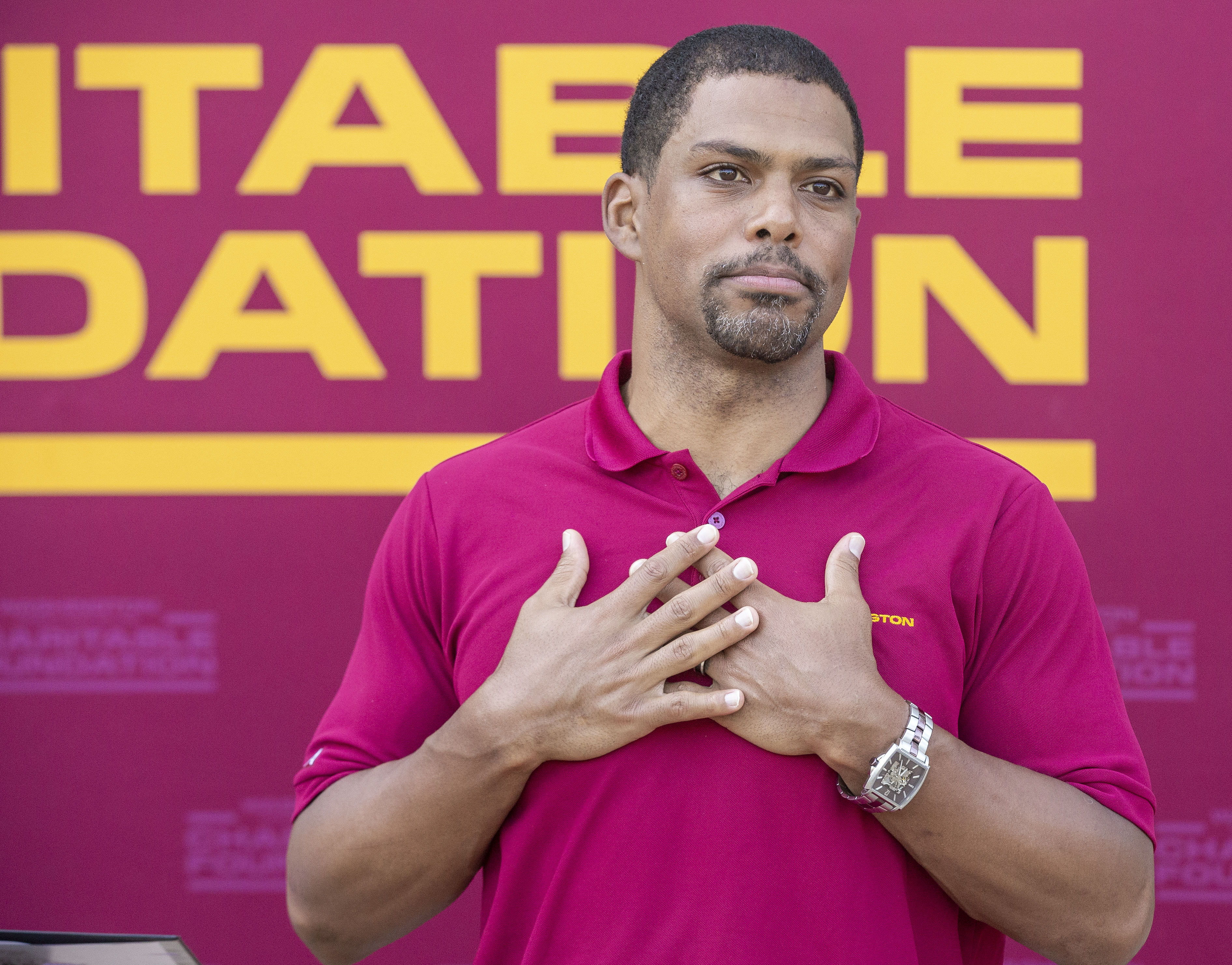 The proceeds from the tournament will support the Washington Football Team’s annual Back to School Fair, which provides children and families in need with a single destination for all of their back-to-school necessities.

The tournament was played in a net scramble format with a Washington Alumni leading each foursome. The event featured hole prizes and contests including an all-expenses-paid trip to the Super Bowl of Golf for the winning team. Past sites for the Super Bowl of Golf include Pointe Hilton Tapatio Cliffs, Torrey Pines Golf Course, Doral Resort & Country Club, Amelia Island Plantation Course and Maui Prince Resort.

Acknowledging the challenges area students and families faced this past year, funds raised from the tournament and silent auction will help ensure students feel prepared for the upcoming school year. Registered participants for this year’s Back to School Fair will receive school supply kits that include backpacks, books, traditional and distance learning school supplies, hygiene and PPE supplies, school uniforms, and services such as dental exams and haircuts. Annually, the Back to School Fair benefits children and families from Prince George’s County, the District of Columbia and the greater DC Metro area. Since 2015, this event has provided new backpacks, school supply kits and additional resources to nearly 4,000 students across the region.

Founded by team owners Dan and Tanya Snyder, the Washington Football Charitable Foundation is focused on supporting education, children’s health and wellness, and preparing youth for their futures. It provides support and services to more than 179,000 children and families annually and has given back more than $31M to the community since it began in 2000.