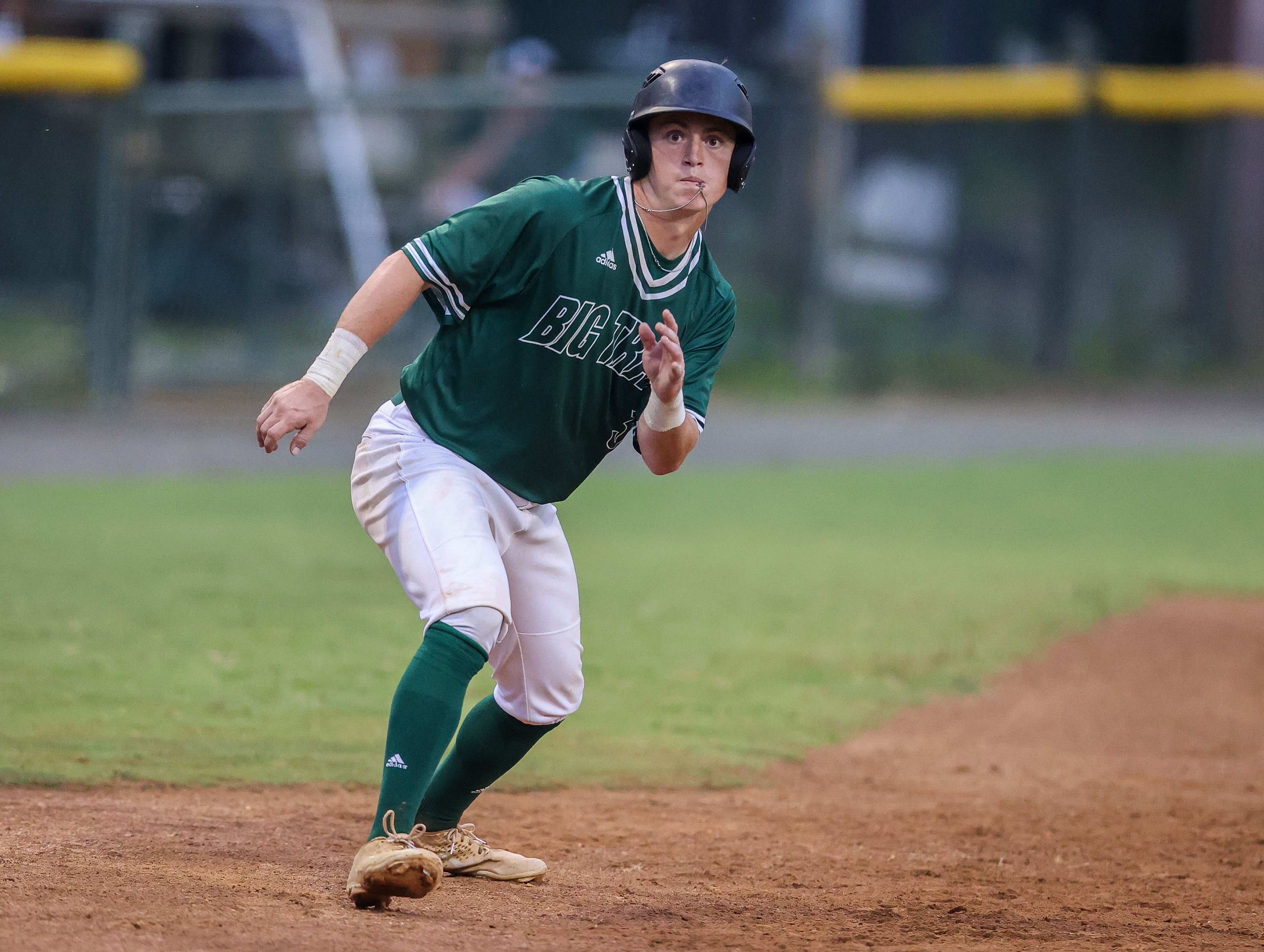 The Big Train (18-4) showed their resiliency through the rain delay to bounce back from a one-run deficit to defeat their in-county rivals.

“I think it shows a lot about the perseverance of this team,” said Bethesda catcher Danny Neri. “Things didn’t go our way early in the first inning going down 2-0, then the rain delay, and being able to come all the way back from all that and win shows a lot about our team.”

Silver Spring-Takoma outfielder Justin Carboni started the game with a leadoff single. Shortstop Dillon Oxyer followed up with a shot to deep left field for a two-run home run to put the visitors up 2-0.

The Big Train quickly responded in the bottom of the first as third baseman Rocco Peppi grounded into a double play but scored a run to cut the deficit to 2-1.

After three scoreless innings, the rain started to pour, causing a 30-minute rain delay. As play resumed, the T-Bolts (7-13) loaded the bases with some hits but were still unable to accumulate any runs.

In the bottom of the sixth, outfielder Kemp Alderman hit an RBI double to drive in outfielder Matt Thomas and tie the game at two runs apiece, swinging the momentum in the Big Train’s favor.

“The pitcher had trouble locating his fastball,” said Alderman. “He was getting his curveball over, and it was 0-2, so I knew the curveball was coming. It was a big hit.”

“Kemp did a great job coming through all that, which is what you need in games like that,” said Neri. “You need one guy to come through with a really key time to hit, and he did just that.”

On the next at-bat, with first baseman Nolan Schanuel at the plate, a passed ball allowed Peppi to head home and give Bethesda a 3-2 lead. It also led to outfielder Trevor Doyle advancing to first on an infield single and allowing another run to score for the Big Train.

“It’s been a good time,” said Alderman. “We’re just coming out here trying to get better every day, have fun while we’re playing. We’ve got good relationships so far.”

Five different Big Train players got a hit each, while Oxyer and outfielder Devan Barnett finished with two hits each for Silver Spring-Takoma.

The result is the second loss in three games for the Thunderbolts, who will look to bounce back against the Alexandria Aces on Tuesday.

“It’s been our memo all year where we lose games in one inning,” said Oxyer. “Whether it’s defensively or pitching, we knew it was going to be a tough game for every time we come in here.”