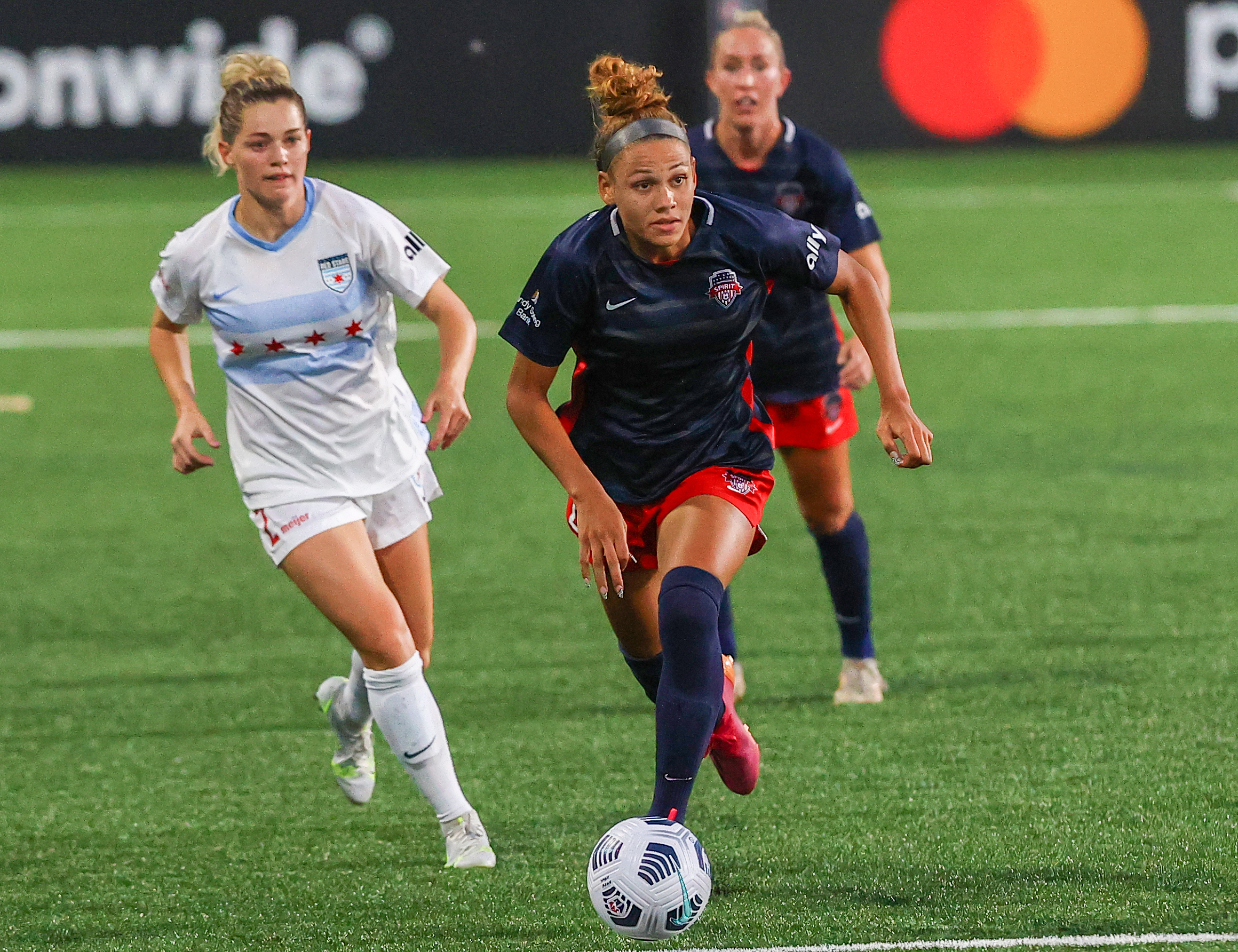 LEESBURG – In their regular-season debut in their second home at Segra Field in Loudoun County, Virginia, the Washington Spirit could not find the final touch in front of goal as the Chicago Red Stars earned the 1-0 victory Friday night.

The loss was the Spirit’s first defeat since May 21, snapping a five-game unbeaten run which included a 1-1 draw to the Red Stars on the road in June.

The game’s only goal came in the 33rd minute when a Mallory Pugh corner kick reached the far-right goal post to find Kayla Sharpless, who connected with a header towards the net.

The header ping-ponged off the Spirit’s Julia Roddar and Aubrey Bledsoe before crossing the goal line. Sharpless buried the rebound in the net for the score, which was credited as an own goal on Roddar.

“The results were a little disappointing,” Washington head coach Richie Burke said. “But the performance was very pleasing.”

Washington started the game with an early scoring chance when Trinity Rodman beat three Red Star defenders and attempted a chipped shot from outside the box. However, her shot slightly went over the goal.

Rodman had another chance to score for Washington early in the second half with a low shot from outside the box, but goalkeeper Cassie Miller made a fingertip save.

Chicago almost extended the lead when Kealia Watt released a floating attempt towards the goal net. Goalkeeper Aubrey Bledsoe dove in the air for the save and the subsequent rebound to keep Washington’s deficit at one goal.

In the 55th minute, Rodman appeared on the ground under severe pain and needed to be subbed off for Tara McKewon. Burke said in his postgame comments that she was suffering back spasms.

Chicago had an opportunity to put the game away in the late stages of the match after starting a counterattack. Watt fired off a curling shot that beat Bledsoe, hitting the underside of the crossbar crossing the line. However, the referee did not award the Red Stars’ goal.

Despite pushing offensively and sending numbers forward to tie the game, Washington could not penetrate Chicago’s defense and failed to create scoring opportunities as time expired.

“I just think we need to work on a little bit of the patience and the sophistication in the final third,” Washington captain Andi Sullivan said. “I’m sure that will be a focus in training over the next few weeks.”

The result was disappointing for the Spirit, who played their first game with fans at their second permanent home in Segra Field. After playing its Fall Series matches at the Virginia venue without fans last year, it was initially scheduled to host its home opener on May 26. However, Segra Field was deemed unfit to host the match due to construction concerns.

“There was good energy, and it felt very full,” Sullivan said. “I think they were into it, and that definitely provided us some spark and some energy, especially when things were going our way, so I enjoy that intimate atmosphere.”

The Spirit’s next game will be at home at Audi Field in Washington D.C., as they take on the North Carolina Courage on July 10.