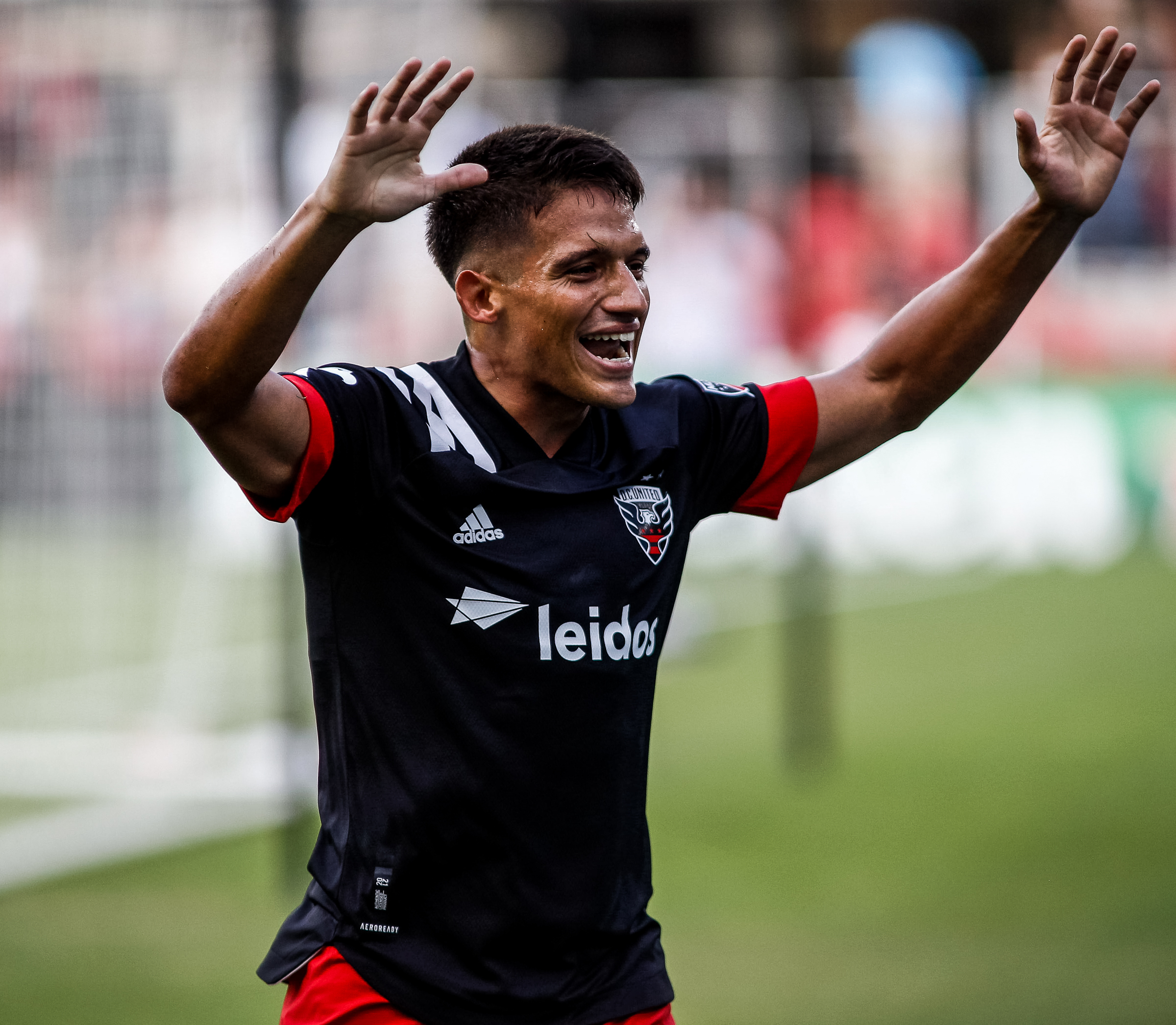 WASHINGTON – D.C. United head coach Hernan Losada gathered his players together Saturday to congratulate them following their lopsided affair against Toronto FC Saturday afternoon. After weeks of not finding the back of the net, the Black and Red finally scored and could not stop.

United dominated the Reds, scoring three goals within the first 25 minutes and capping off the convincing performance with four more in the second half to complete the 7-1 victory in front of 14,000 spectators at Audi Field.

It is the first time in team history that D.C. United scored seven goals in a match. However, the Toronto game was redemption for its players following recent results against Montreal and New York City.

D.C. jumped out to an early lead in the third minute when midfielder Kevin Parades connected with a one-timer off an Andy Najar cross.

“We came with that anger and that motivation from last game to tuck it in early,” Parades said. “…All the hard work and preparation for this game, it showed today, and I cannot be more proud of myself and the team.”

Moments later, Nigel Robertha walked through the Toronto defense, beating the offside trap, to receive a Júnior Moreno pass for a one-on-one chance against goalkeeper Alex Bono. The Dutch striker fired a right-footed shot to the left post for his second goal of the season.

In the 20th minute, United remained active as Najar ran down the right-wing and cutting inside the penalty area to beat a defender. He passed to Russell Canouse, who attempted a shot on goal, but two Toronto defenders blocked the attempt. Despite the stop, the ball inadvertently rolled into the back of the net, giving D.C. a three-goal cushion.

“When you score so quickly…it’s a release and it’s a lot of weight off of your shoulders,” Losada said. “You gain confidence, and the whole team gained that confidence.”

Toronto’s only goal came in the 35th minute as Ayo Akinola tapped in a Michael Bradley pass. It would be the only bright spot for the Canadian side as it struggled to stop the onslaught from United’s attack.

Twenty-five minutes into the second half, United scored again as Najar snuck in a quick pass into the Toronto penalty area to a rushing Paul Arriola. The Chula Vista, California, native quickly pounced on the ball, keeping it away from a defender before releasing a right-footed shot for United’s fourth goal of the contest.

Toronto’s fortunes of a late comeback quickly diminished after Eriq Zavaleta received his second yellow late in the second half, forcing the Reds to play with 10 players.

United took advantage of the player advantage, scoring three goals in the final ten minutes by Ola Kamara, Yamil Asad and Griffin Yow. D.C. became the first team in MLS history to have seven different goalscorers in a signal game.

“We’ll enjoy [the result] for the next couple of days but its back to work,” Arriola said. “We still have a long way to go, but we have a long way to go. This is not the final of MLS Cup; this is a home game that we thought we should have won, and we earned the three points.”

D.C. will take the next two weeks off but participate in the Capital Cup tournament, a set of friendly matches with three Latin American teams. They return to league play on July 17, taking on the Philadelphia Union in Chester, Pennsylvania.

Note: Before Saturday’s game, both teams and fans in attendance performed a moment of silence in honor of Robert “Big Rob” Gillespie, who died earlier in the week after a long battle with cancer.

Gillespie, a longtime fan of United, was a founding member of La Barra Brava supporters group. D.C. listed Gillespie in their starting lineup and fans in the supporters section held banners honoring him in the 12th minute of the match.