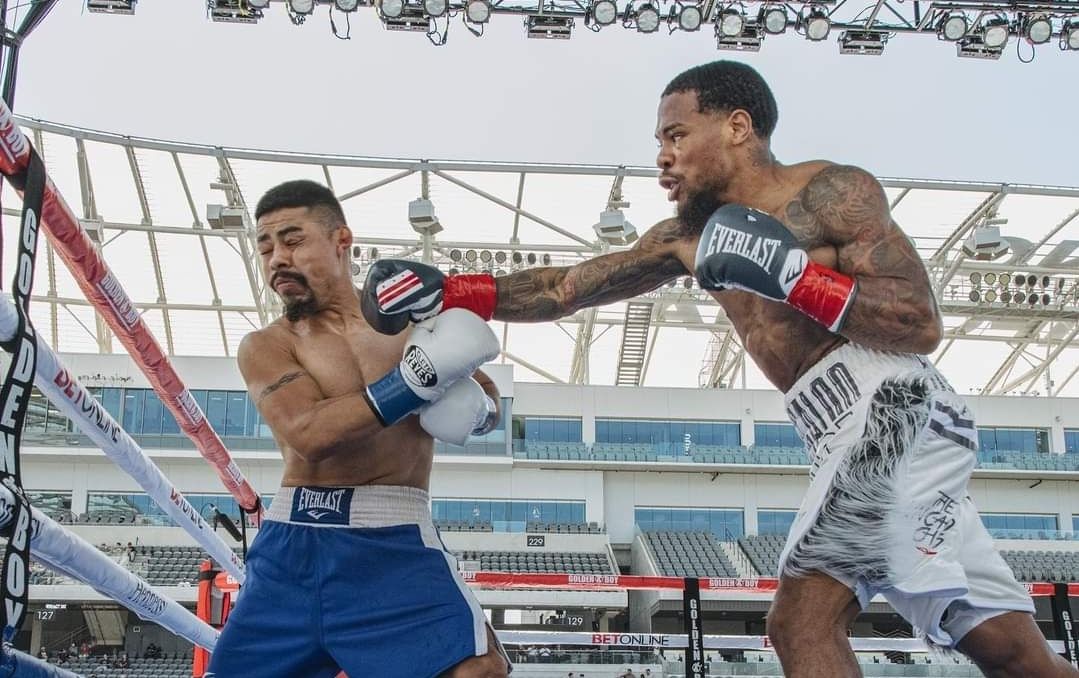 LOS ANGELES – In 2014, at the tender age of 18, Lamont Roach Jr. fought his first pro fight in his hometown of Washington, D.C.

Seven years later, Lamont, now 25, says he is grown up, and his body is more than prepared for a fight.

His preparation and power were on full display against Daniel Rosas (21-5-1) Friday night. Roach scored a second-round knockout victory after flooring Rosas with a vicious body shot that put Rosas on his knees.  Referee Jerry Canto called the fight immediately as Roach celebrated the win.

It is Roach’s second consecutive knockout win and his fifth overall in six bouts. Usually not known as a knockout fighter, Roach (21-1-1) said he has noticed that he has become more aggressive in his most recent fights.

Roach was on the attack from the first bell, attacking Rosas with multiple combinations. Then, late on the second round, the D.C. native connected with a left-handed uppercut, hurting the Mexican and setting up the closing sequence.

While his father and trainer Lamont Roach Sr. told him the uppercut is his best punch, the 25-year-old said a straight right, which he finished off Rosas, is the strongest in his arsenal.

“If I land that straight right, I will knock anybody out,” Roach said.

In his post-fight interview, a confident Roach said he wants to face the winner of a possible trilogy fight for the WBA super featherweight title between Roger Gutierrez and Rene Alvarado, or any former titleholders for his next bout. He told his promoter, Golden Boy Promotions, that he is ready for a challenge with championship fighters.