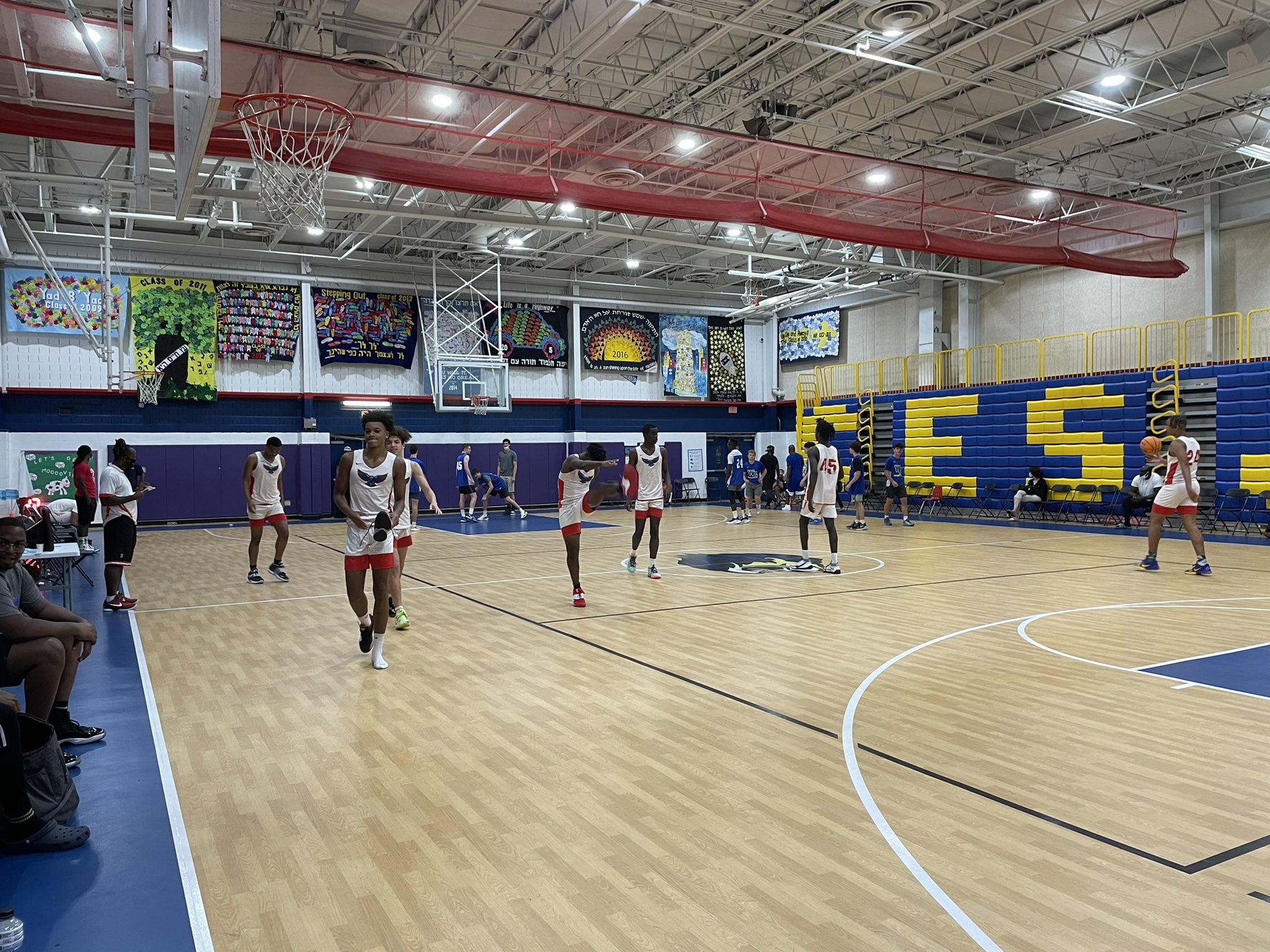 The two best teams on the Maryland Elite Summer League faced off Tuesday night, and it lived up to the hype.

In a back-and-forth affair, where the score was deadlocked multiple times, Ralph Martino hit the game-winner for National Christian Academy to help the Eagles escape with the 77-74 victory over Churchill.

The win keeps National Christian (9-1) atop the league standings. The Eagles’ only loss came against Seneca Valley on June 28.

“We had to play aggressive all two halves,” said Martino. “The time we let up, they came back. So, we had to keep applying pressure and match their energy.”

Martino finished with 22 points, starting his day off with a vicious dunk in the first half, blowing past Churchill’s Bryce Wilson.

“I just went up, dunked,” said Martino. “I don’t think anyone could dunk over me because I’m blessed.”

While the impressive dunk caught everyone’s attention, Martino also provided a solid defensive performance with multiple blocks. In addition, he and Cortez Whitney started hot for National Christian, knocking down bucket after bucket.

However, the Bulldogs (6-2) had weapons of their own, as Wilson, Tre Scott, Wyatt Dunn and Isaiah Mbeng nailed numerous shots from 3-point range.

Wilson and Scott were unstoppable as the Churchill duo drove to the bucket, knocked down jumpers, and played solid defense. Whitney scored 23 points.

“I was just trying to feed my teammates and find a way for us to win,” said Wilson. “Passing the ball, trying to get rebounds, making plays on defense.”

National Christian led 37-31 at halftime, with Whitney and Martino putting up 10 and eight points, respectively.

Both teams traded the lead numerous times in the second half, with players making clutch shots, collecting crucial rebounds, and forcing turnovers.

With under 20 seconds left, Martino ran up the court and hit a go-ahead jumper to put National Christian up by a point. Churchill had a chance to take the lead late, but Dunn’s 3-point attempt was tipped away by Amani Oaga, helping the Eagles finish the game on a positive note.

“It was a hard-fought win,” said Eagles head coach Vito Buckle. “We made a lot of mistakes down the stretch, but we kept our composure, and we snuck it out.”

Wilson led the Bulldogs with 24 total points, while Scott added 17 points in the loss.

“We were down at first, but we had to fight back,” said Wilson. “It felt good to finish out at the end, but we couldn’t fight back all the way, but I feel like we played out good.”