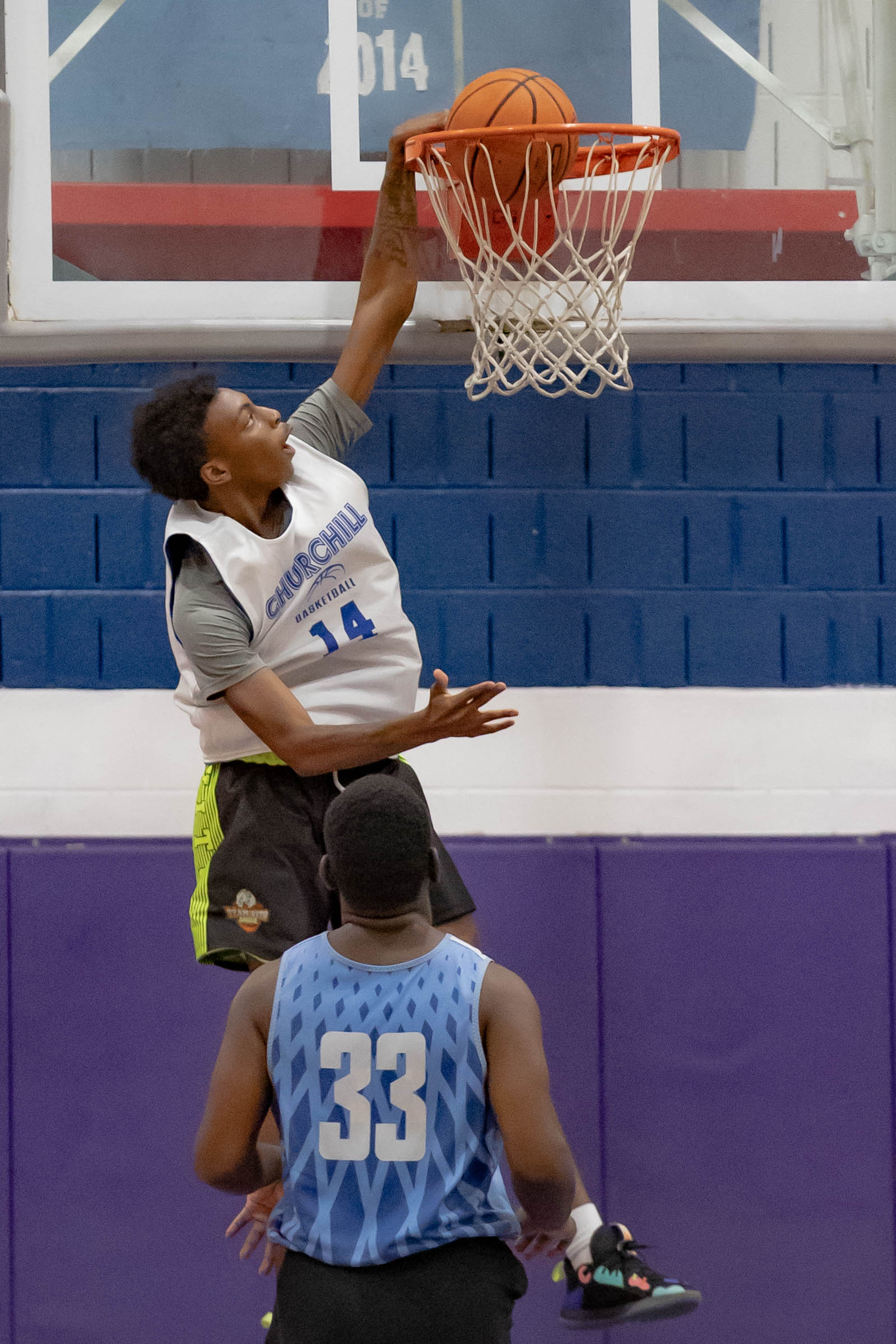 ROCKVILLE – On the last day of the regular season for the Maryland Elite Basketball Varsity Summer League Monday night, Churchill High School got off to a scorching hot start and finished strong for the 41-30 victory over Springbrook.

The Blue Devils may have gotten the first bucket of the night, but then Churchill went on a 23-10 run to end the half. The Bulldogs’ dominant offense knocked down buckets and played stellar defense, demonstrating their continued dominance as one of the top teams of the summer.

“Every game that we play, we just make sure that we’re trying to play a little bit better,” said Churchill head coach Dave Blumenthal. “Tonight, we definitely took a step in that direction.”

Leading the way for Churchill was Tre Scott, who scored a team-high 15 points with 11 coming in the first half. He connected with a 3-pointer early before throwing down a few dunks.

“It felt good, actually,” said Scott. “I’m new to the team, but I like the chemistry, and I feel like we can win it all.”

Bryce Wilson also provided a solid performance for the Bulldogs, as he dropped 13 points in the win.

Based on their summer league performances, Scott and Wilson could become forces to be reckoned with in the 2021-22 high school boys basketball season.

“It doesn’t hurt that they’re cousins,” said Blumenthal. “So, they’ve got a little of that chemistry built-in, and they’re starting to infuse that with the rest of the group, and that’s why you can see that everybody contributes to this group. It’s just that those two are our guys.”

With the playoffs around the corner, Churchill will hold No. 3 and face Good Counsel in the first round.

“We’ve positioned ourselves in a good spot by winning a lot of games,” said Blumenthal. “But any time you step on the floor, you’ve got to go out and compete, so as long as we’re building in what we’ve done in the regular season, I think we’ve got ourselves a good shot.”

Meanwhile, Springbrook did improve in the second half by dropping 20 points. Adrian Tyler Jr. led the Blue Devils with nine points, including two 3-pointers, while Danny Clermont added seven points.

Springbrook finished No. 7 in the regular-season standings and will face Richard Montgomery in the first round.

“I feel great about the chances,” said Tyler. “As long as we do what we’re supposed to do, we can beat any team in this league.”