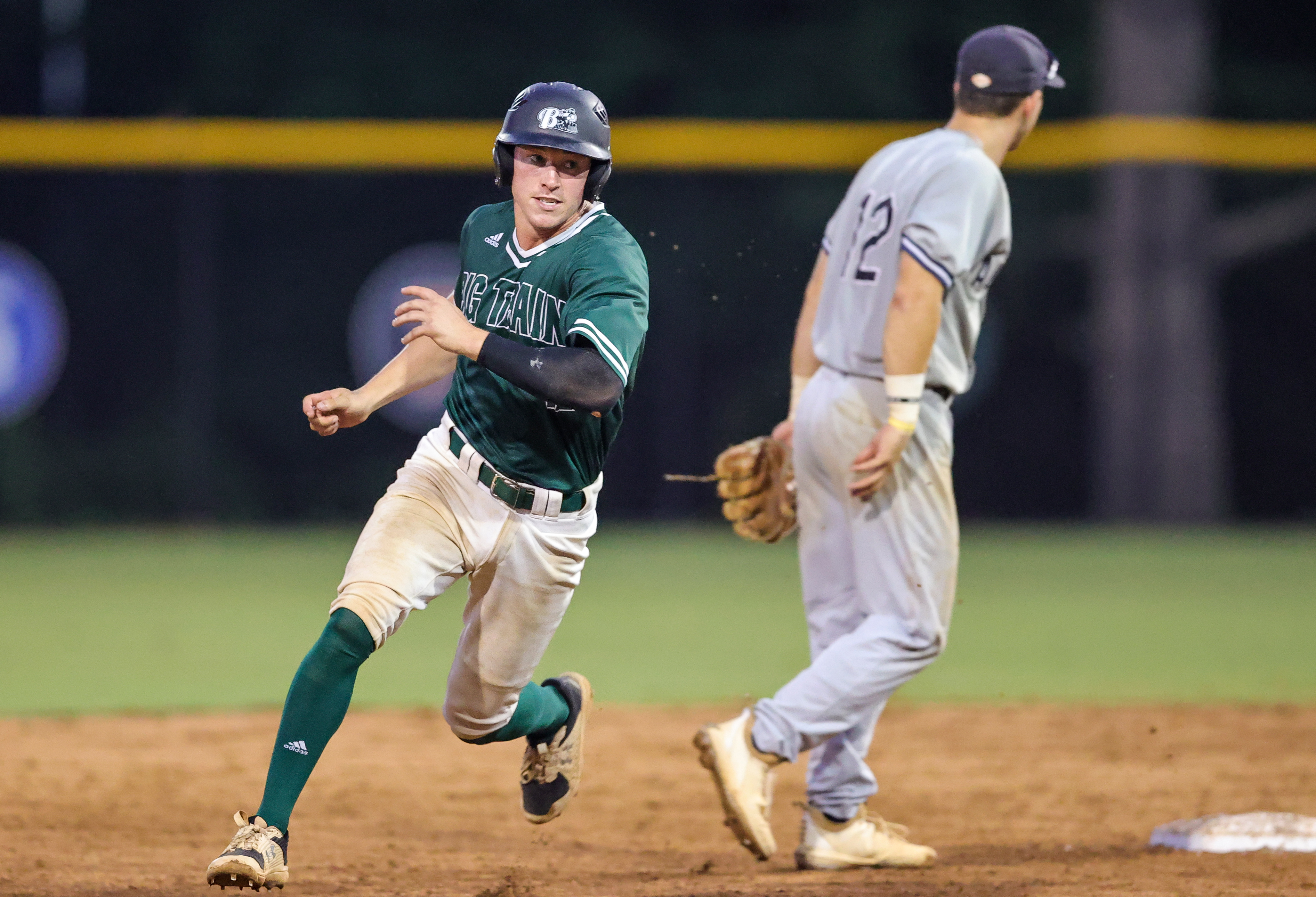 BETHESDA – The Cal Ripken League Championship Series returned a year after the 2020 season was canceled, as the Bethesda Big Train returned to the championship round after winning eight previous titles.

Against the Alexandria Aces, who are making their first LCS appearance in their 13-year history, the Big Train took care of business with a 7-2 victory in Game One Thursday night at Shirley Povich Field.

Bethesda’s surge of runs began early on in the bottom of the first inning when outfielder Darius Foster scored on a wild pitch. Then, first baseman Kemp Alderman hit a single up the middle to drive in the Big Train’s second run.

“It was a big win,” said Alderman. “Everybody knows we’ve got a good offense, and we just came out here and had fun. Stick to our plan, be aggressive, just attack, and came out with the win.”

The Big Train bats continued to swing away in the bottom of the second inning when second baseman Rocco Peppi launched a solo home run over the left-field fence to extend the lead by three runs.

Foster continued to the rout by hitting an RBI single to drive in Bethesda’s sixth run of the game.

Late in the game, Trevor Doyle entered the game as a pinch hitter/defensive substitution and hit a dinger to deep right field to make it 7-0 in the bottom of the eighth. It was Doyle’s first home run of the season.

“It was definitely a good feeling,” said Doyle. “Just happy I could do it.”

The Aces attempted a late rally in the top of the ninth as they first loaded the bases and then drove in two runs.

However, Foster secured a flyout to clinch the Game One victory for Bethesda.

“We would just rather go out tomorrow, win the game, and just call it done,” said Alderman about heading to Virginia for Game Two. “But it would be nice to play at Shirley Povich Field one more time.”

Batting-wise, Foster went 2 for 5 at the plate with a run scored, while Torres finished the night 2 for 4 with one run.

Meanwhile, Alexandria manager Chris Berset said he is proud of leading the ball club to its first LCS while also accomplishing bigger goals.

“That’s obviously pretty special,” said Berset. “That’s something you can look back on after the season. But we’re staying in the present, so our mission and our goal is to win it all.”