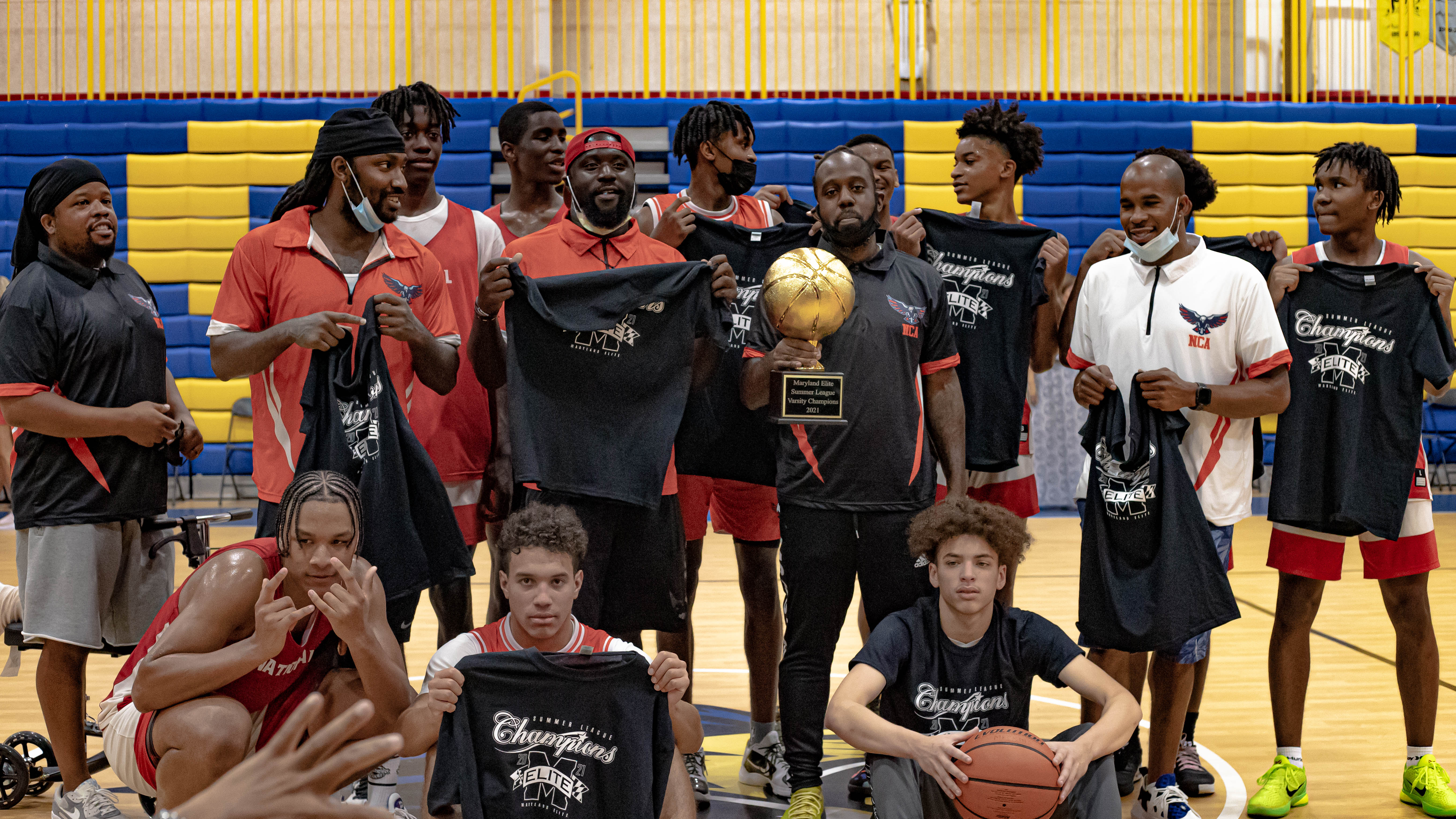 ROCKVILLE – The Maryland Elite Basketball Summer League arrived at its championship game Tuesday night with Quince Orchard, who finished No. 8 in the standings and went on a remarkable run in the playoffs, looking to end the season as surprise champions.

However, National Christian Academy had other ideas. The Eagles continued its stellar summer campaign, stopping the Cougars’ Cinderella run for the 62-50 win to win the 2021 league title.

Chris Thomas led the way for National Christian with a double-double performance of 19 points and 12 rebounds. After a tight first half where the Eagles took an early 30-24 lead, Thomas took over. The rising freshman scored nine straight points as Quince Orchard struggled with his size and shooting capabilities.

“Today, I just had to attack,” said Thomas. “I realize they’re smaller than me, and I can jump way higher than all of them, and every single time, I just wanted to attack.”

“Chris played great,” Buckle said. “He just listened, he was focused, he was patient, and everything we’ve been through, teaching to him, and he found a way to put it together when we needed.”

“We started off a little shaky trying to figure things out,” Buckle said. “I feel great for the kids and the program. Just trying to instill things and put my imprint on the program.”

Meanwhile, rising sophomore Nick Goldberg and rising senior Drew Hendricks did their best to keep Quince Orchard close, battling for loose balls at the rim and knocking down multiple 3-pointers.

“We’re fairly new to the team,” said Goldberg. “We just came together, no practicing, so I feel like, us as a whole, we’ve gotten better throughout the season.”

By the end, Goldberg and Hendricks scored 19 points each and combined for six 3-pointers.

“Since it was playoff time, we all buckled down and played harder for each other,” said Hendricks. “This is our first time playing with each other, so it was interesting to see us make it all the way to the finals.”

While Quince Orchard did not have all of its players available for summer league play, Goldberg and Hendricks are confident the Cougars will become a solid team for the 2021-22 season.

“I feel like we’re definitely a strong team, and we just have to keep putting it together,” said Goldberg.

“I’m excited to see how the season goes,” said Hendricks. “For a lot of us, this is our senior year, so this is like our last ride.”