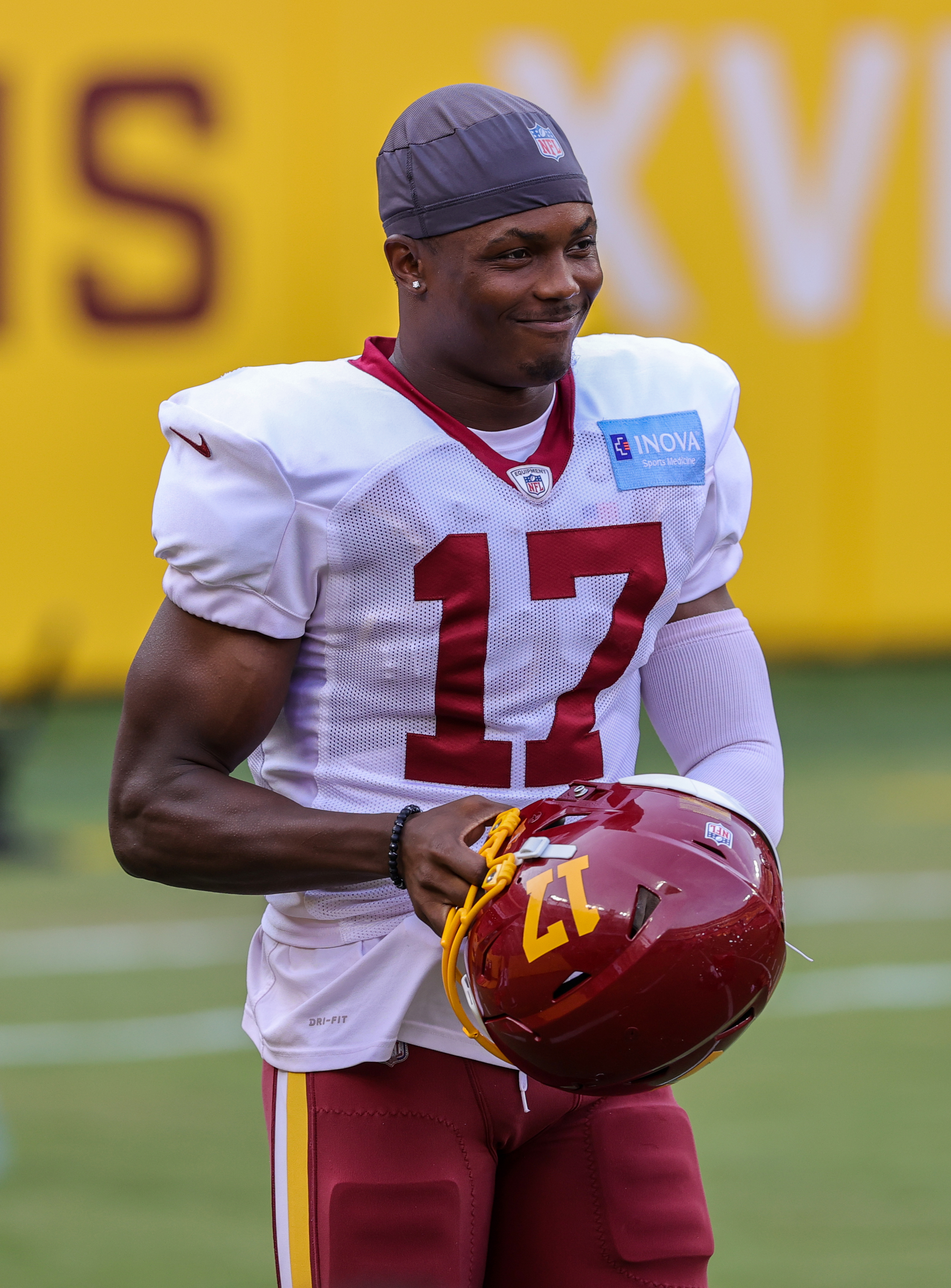 FOXBORO — The Washington Football Team took the field for the first time since January for the first preseason game of 2021 against the New England Patriots on Thursday night.

Washington’s first-string players showed tons of promise while backup players got plenty of playing time in a 22-13 loss to the Patriots at Gilette Stadium.

“There was a lot of positives,” said Washington Football Team Head Coach Ron Rivera, “and a lot of things that we’re going to grow and get better at.”

Newly-signed quarterback Ryan Fitzpatrick started the game and showed off some impressive plays, such as a 22-yard pass to wide receiver Terry McLaurin and a deep 24-yard pass to tight end Logan Thomas.

Fitzpatrick went 5-of-8 for 58 passing yards in two drives.

Heinicke continued where he left off after his incredible performance in last season’s Wild Card Playoff game, as he showed poise in and out of the pocket and made some impressive throws, finishing 9-of-15 for 86 yards.

“If you go back in the film, there’s a couple of plays I wish I didn’t make,” said Heinicke. “But overall, I think the offense moved the ball pretty well, and we’ll go look at the tape to see what we can improve on.”

However, the Washington quarterback with the most playing time was Steven Montez, who spent most of 2020 on Washington’s practice squad after going undrafted.

Montez played for all of the second half, as he played solidly, throwing for 108 yards and a touchdown on 17-of-24 passing.

Rookie running back Jaret Patterson (Pallotti) led the Burgundy and Gold in rushing and receiving on the evening with 40 rushing yards on 10 carries and 30 receiving yards on four catches.

Washington’s two scores came in the first and fourth quarter, as running back Peyton Barber continues to be a goal-line threat with a 1-yard touchdown run late in the first half.

Then, down 15-7 late, Montez tossed a 4-yard touchdown pass to running back Lamar Miller on the far side of the end zone, but a failed two-point conversion kept Washington down two.

On New England’s ensuing drive, running back Rhamondre Stevenson sealed it with a 91-yard scamper down the sideline for the touchdown.

Early on, one of the key defensive plays was defensive end Chase Young strip-sacking New England quarterback Cam Newton and forcing a fumble, as Young looks to capitalize in his second year after being named the Defensive Rookie of the Year in 2020.

“Going around the edge, I told people I want to work on my hands a lot more this year,” said Young. “That play, the work paid off, I would say.”

Next up, Washington’s second preseason game will be at home against the Cincinnati Bengals on Friday, August 20th.