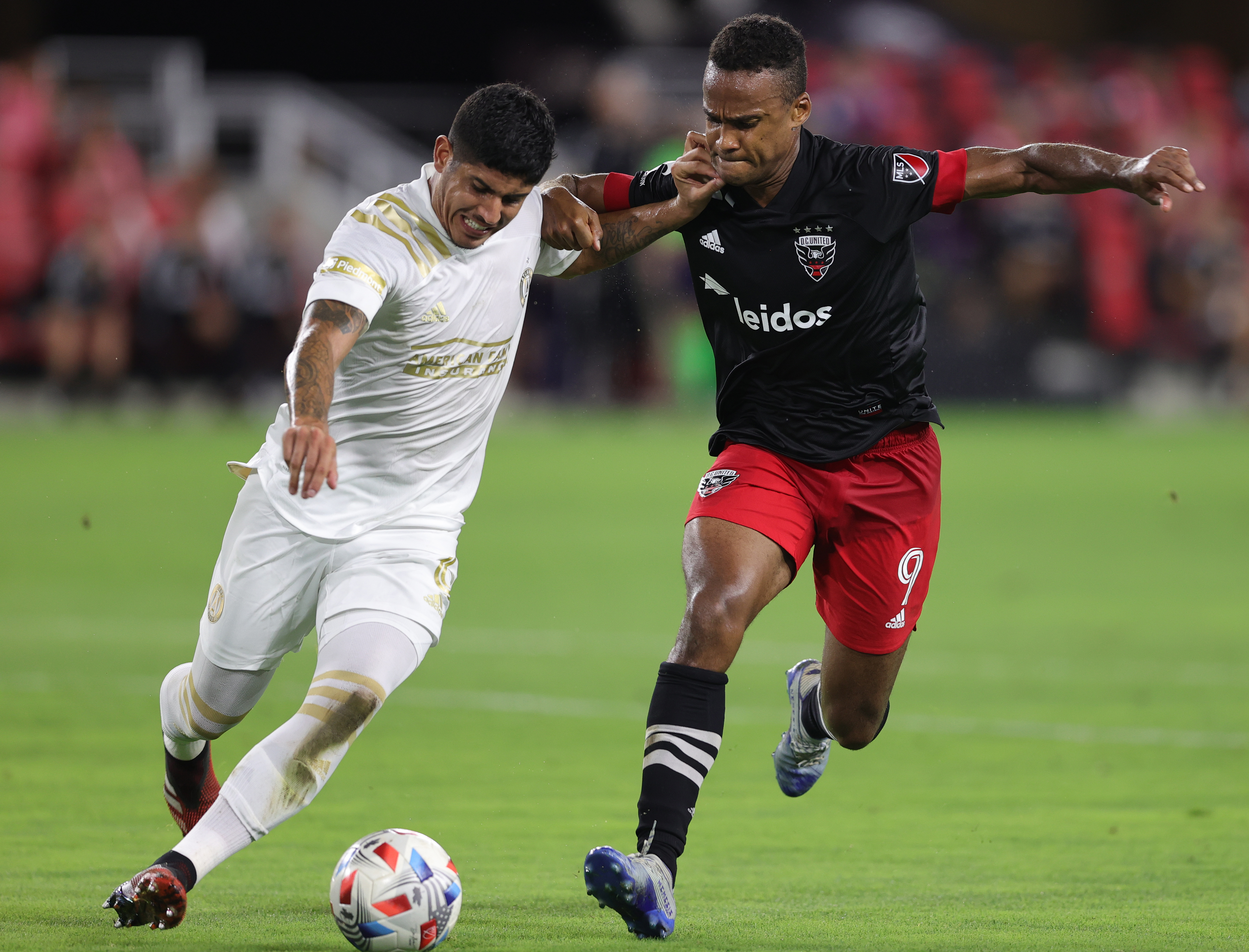 The visitors continued to frustrate United’s defense with multiple counterattacks that outpace its defense and leaving Kempin defenseless. A combination play between Martinez and Luis Araujo that drifted by D.C.’s backline appeared to be the game’s second goal, but it was ruled offside during its buildup.

“At halftime, I told them that if you are going to step forward and press, it has to be with a lot more intensity,” Head coach Hernan Losada said about the team’s adjustments after surrounding the goal. “Closer to the man, to the player, and if you don’t success on the press, make a foul and win a yellow card.”

D.C. did have multiple chances to tie the game before halftime. In the 40th minute, a backheel pass by Tony Alfaro found Ola Kamara. The Dutch striker fired a right-footed shot, but the ball flew over the bar.

Starting the second half, D.C. came out aggressive offensively, finding spaces to force mistakes and create opportunities in goal. Finally, in the 54th minute, Yordy Reyna evened the score with a whizzing free kick toward the left side of the goal post over goalkeeper Brad Guzan.

Six minutes later, D.C. almost scored its second goal as Edison Flores connected with a header towards the goal net. However, the shot was stopped by Guzan. Later on, Kamara almost scored his 12th goal of the season with a header off an Andy Najar cross, but his attempt went far left of the post.

With less than 10 minutes remaining, Marcelino Moreno fired a low right-footed shot from outside the penalty area between Alfaro’s legs towards the far post for Atlanta’s second.

Substitute Ramón Ábila attempted one more shot for D.C. in the 90th minute, but Guzan made a thigh save to preserve the win for the visitors.

“The vibe in the locker room is disappointing right now,” defender Steve Birnbaum said. “We felt we did enough to win that game or at least get something out of this game and in the last game as well.”

The road does not get easier for United as they host Philadelphia next Saturday before heading on the road to take on rivals New York Red Bulls on Sept. 11.

“It’s the tiny errors to these games that are ending up punishing us and making loses for us,” Birnbaum said. “Disappointment but we know we still have a ton of games left. We’re still in a good position in the East… On to the next one on Saturday.”